Actors Priyanka Chopra and Farhan Akhtar’s upcoming film, The Sky is Pink’s trailer had the attention of not just fans and filmgoers but the Maharashtra Police as well.

After the trailer was out, the state police department tweeted a still from the film where Priyanka tells Farhan: “Ek baar Aisha theek ho jaye, phir saath mein bank lootenge (Once Aisha is fine, we will rob a bank again).” The police dept shared the picture and said: “Seven years imprisonment with fine under IPC Section 393.” 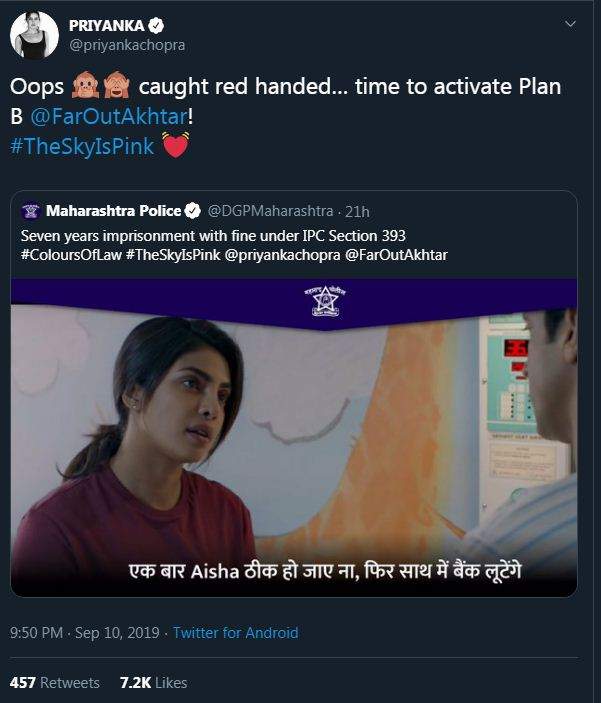 The Sky is Pink is a bilingual film directed by Shonali Bose and is based on the life and experiences of late motivational speaker and author Aisha Chaudhary, who was diagnosed with a terminal illness. Zaira Wasim features in the role. The film will hit the theatres on October 11, 2019.