A suitable girl: Getting under the skin of a character, the way only Tabu can

Actress Tabu personifies the Latin proverb, ‘still waters run deep’. Bearing a calm demeanour, unperturbed by the attention she gets, Tabu has managed to stand her ground in an unforgiving industry where with age, many actresses just wither away. It has been 28 years since Tabu’s first film (the Telugu superhit Coolie No 1, opposite Venkatesh) and she continues to be the leading lady of all her chosen movies.

A Padma Shri awardee and two-time National Film Award (Best Actress) winner, the list of awards and nominations keeps getting new additions. The last honour she bagged was the IFFM 2019 Best Actress Award conferred by the Indian Film Festival of Melbourne, earlier in August this year, for her performance in Andhadhun. Tabu plays the antagonist in the black comedy crime thriller Andhadhun (which bagged two National Awards and a host of other awards). Not just audiences in India and Melbourne, the film has been received well by audiences in China, where it released earlier this year in April, and is now set to release in South Korea. The audience loves the film, and they simply adore Tabu! Blind faith
With Rs. 324 crore in collections, the Sriram Raghavan thriller became the third top-grossing Indian film in China. For Tabu, it’s just another milestone. “I wish I could absorb it all in one go… jo itna saara pyaar milta hai woh dheere dheere andar samaata hai (the love I receive sinks in slowly). It’s very gratifying, and it feels good to see that apart from my performance, the film got so much love and respect from everybody. I am humbled and extremely honoured. But I never want to take all this success and admiration for granted. I just have a lot of gratitude towards everyone who loved this film so much!” she says.

Tabu’s character, Simi, evoked fear as well as laughter. A next-door neighbour who turns murderer, the actress effortlessly owned the character, and the screen. Simi was assertive, not aggressive, she was witty yet lethal. “This character made people think and rethink about the characters that can be written — it has made bad look good,” she says. Although Tabu has experimented with different genres, and gave her fans and audience the unforgettably vicious Nimmi (Lady Macbeth) from Maqbool, Simi was different and so was Andhadhun.

“I never thought this film would have such an impact. I knew that kuch alag hoga aur mazaa aayega (I knew it would be different and I would have fun doing it). I had never experimented with this genre, and I hadn’t worked with Sriram. I’d watched his films before and I liked the way he presented his characters. They have an edge. Despite the fact that they are normal people who could be living next door as neighbours, they are relatable yet edgy, and all these things are very unique. I knew I wanted to play a character like this someday. I wanted to work with someone who has a command over this kind of character portrayal,” explains the actress.

Comedy rules
While Andhadhun is a runaway success, the other recent film that the actress starred in, De De Pyaar De, had a disappointing run at the box office. The modern-day romantic comedy certainly didn’t impress either the audiences or the critics. However, Tabu shone bright in it. It’s not the first time that she has worked in such light-hearted flicks. A look back at her career and Tabu has starred alongside Govinda, Anil Kapoor and Akshay Kumar in commercial comedies. “I have never judged or never discriminated between films, I just wanted to experience working in different genres. All the directors I have worked with so far were significant in their own right, and in the industry. I wanted to play different roles and that’s what excited me. Biwi No1 was fantastic. My character was funny and entertaining, but not caricaturish. Likewise, Saajan Chale Sasural was a lot of fun to be a part of. Every film has its place and every project was a part of my growth. Fortunately, I did not get stereotyped or typecast in any one kind of genre, so I was able to play different roles. I think, starting in the 1990s was the advantage. We got to do so many different kinds of films,” she justifies. 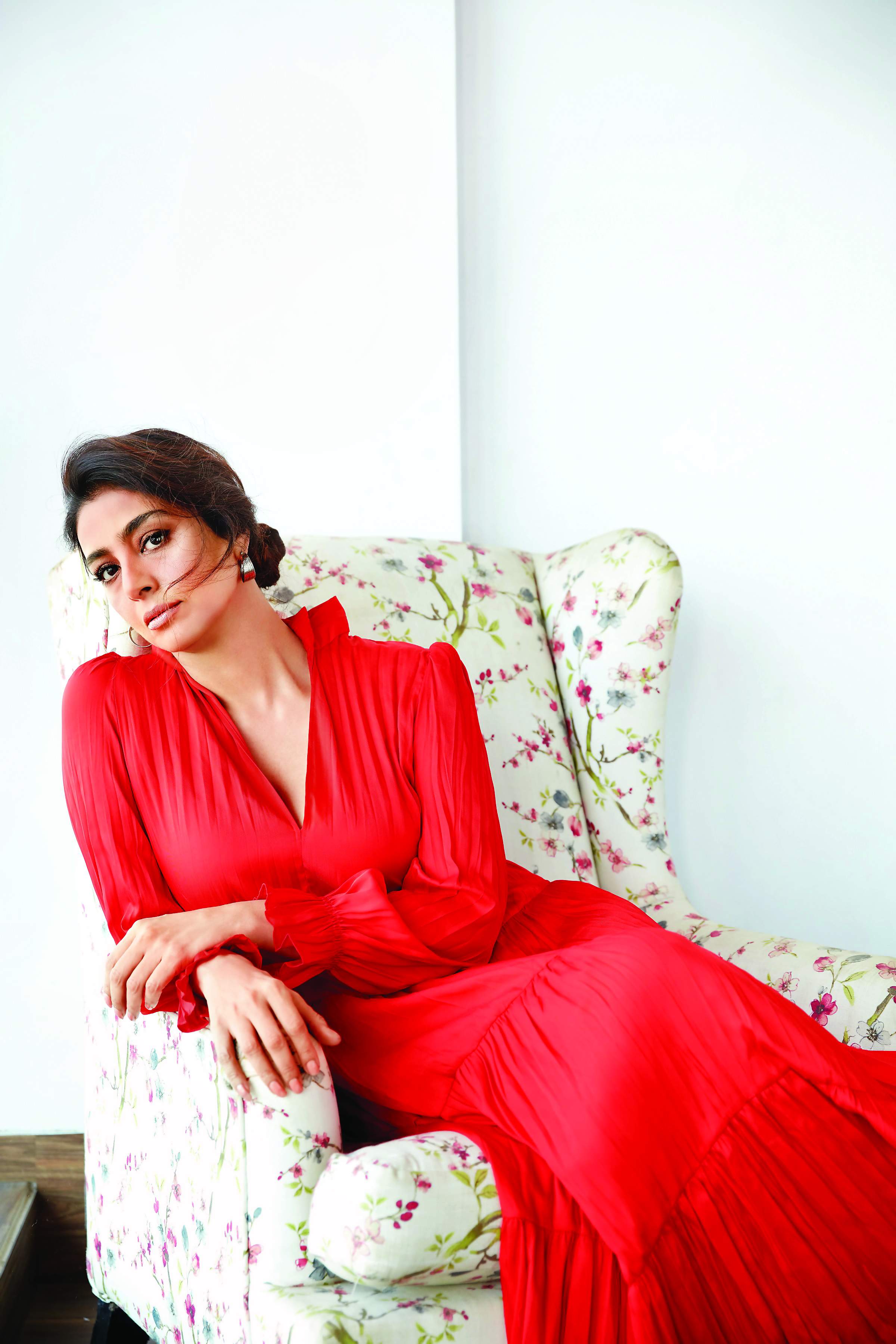 Director’s muse
Different genres, different films, to even different directors — Tabu is perhaps one of the few actress who has had the opportunity to work with so many filmmakers. Be it a David Dhawan comedy, an intense Gulzar film, or adaptations of Shakespearean classics, the actress has done it all. Although everyone praises her for owning the characters and delivering class acts, Tabu is also a director’s muse. Be it Madhur Bhadarkar, R Balki, Mira Nair, Vishal Bharadwaj or others — Tabu is a favourite with everyone.

On the other hand, the actress admits that there’s always something special that she has picked up from the directors that she has worked with. “We absorb so much from all directors, it’s difficult to pinpoint what I’ve learnt. With Gulzaar saab, aise laga nahin ke kaam kar rahe hain… pyaar se, gentle tareeqe se, kaise kaam kiya jaa sakta hai, yeh maine Gulzaar saab se seekha (It didn’t feel like work. I learnt to approach work gently, and with love from Gulzaar saab). Vishal (Bhardwaj) came with his own school of filmmaking and characterisation. More than learning something about the craft of acting and filmmaking from Vishal, I learnt to look at myself with a completely new perspective. Not many people have seen me the way Vishal saw me.

Iruvar’s Senthamarai (directed by Mani Ratnam) was a one-of-a-kind character, but Maqbool’s Nimmi was completely radical, and she broke all notions about heroines, morality and sexuality. So I think the way Vishal saw me had a huge impact on the way I saw myself as an actor. Likewise, in Haider, the way he saw me was different. Every filmmaker looks at you differently, and that’s the most important part of my relationship with my directors, that’s what I take away from them. Of course, what you learn from them cannot be picked out and explained, it becomes a part of you,” says the actress.

Getting untagged
It’s this open mind to portray different roles that has helped the actress remain a diva. Even if she plays the role of a murderer, a mistress, a police officer or a mother, Tabu is always the lead actress and she has never let any tag dull her eagerness to try new characters. “The characters were more important to me than any other factor. If I was apprehensive about playing a mother’s role, I wouldn’t have done it. This tag of ‘ma ka role’ is given by us — the film industry and the film fraternity. What the character is doing, nobody seems to be interested in that. However, I love all the roles I have portrayed. Jis duniye mein woh characters rehte hain, usmein woh completely justified lagte hain (The characters seem completely justified in the world they live in)... Unmein jaan daalna mujhe pasand hai (I like to bring them alive onscreen) aur unko jeena, paper se utha ke real banaana, I think, woh bahut hi mazedaar aur engaging kaam hai (I like to live the characters — to pick them up from paper and make them real, I think that is the most fun and engaging thing to do). I enjoy this, I do it with love, and I respect the fact that the writer and director have sketched this character and given her so much,” asserts Tabu. So when The Namesake and Life of Pi happened, it wasn’t just about the ‘international’ tag. For Tabu, it was the roles and the directors who mattered. But it’s surprising that despite being a part of two significant global films, the actress didn’t pursue a career in Hollywood. “I didn’t need to. I felt The Namesake and Life of Pi were two of the most iconic, impactful international projects I worked in. Then I didn’t feel the need to (pursue a career in Hollywood). Both films happened just like that, I didn’t need to put an effort (in bagging both films), and that’s the way I have worked all my life. I don’t deliberate things,” offers the actress. 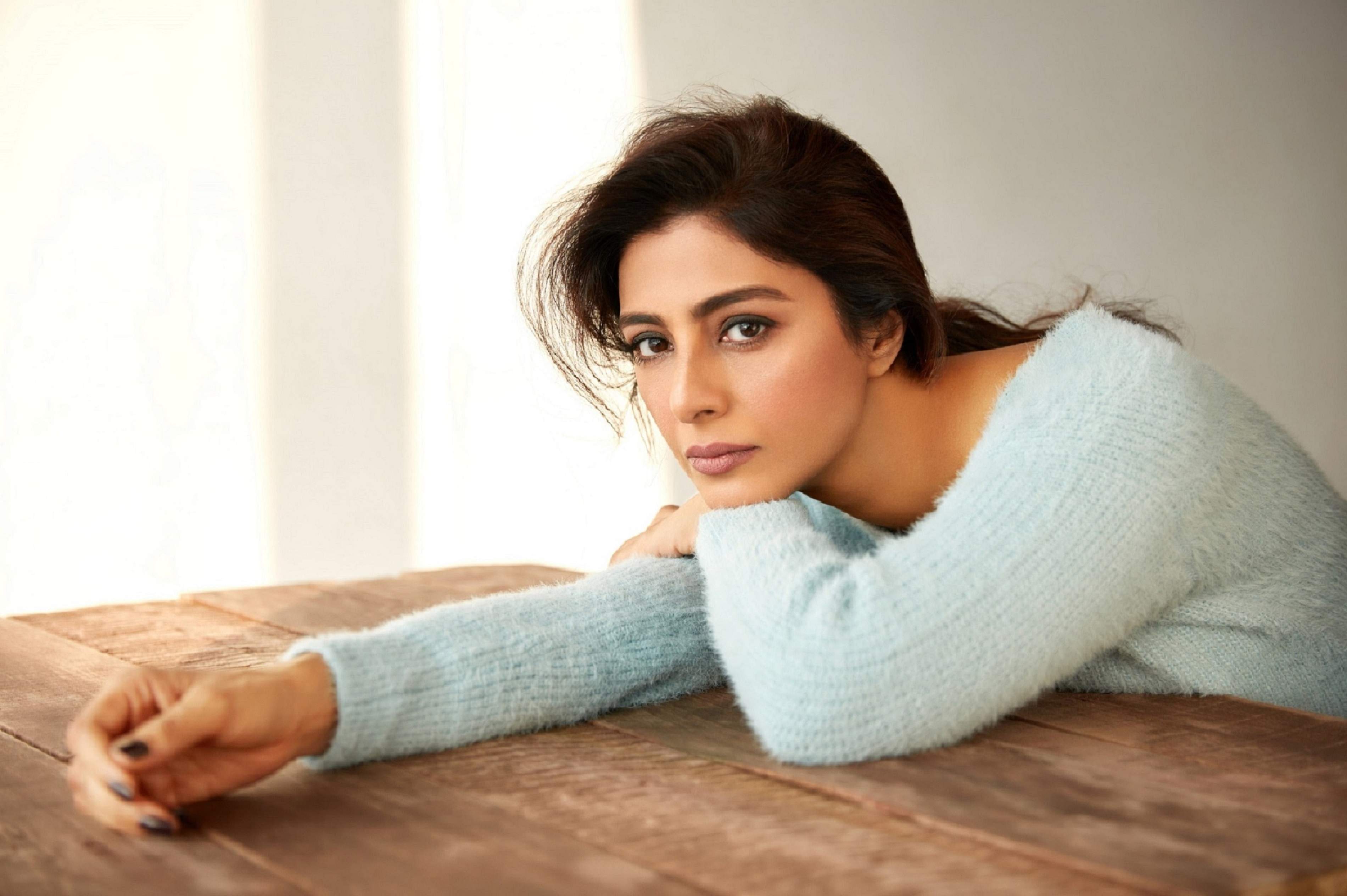 Tarantino dreams
Now with Jawaani Janeman (opposite Saif Ali Khan) due to release in November, Tabu is taking things easy. Even though she is never away from the limelight, the actress likes her space, and this is one of the reasons why she is not active on all social media platforms. Instagram is the only platform that the actress is active on, through her handle @tabutiful.

“Times are changing, but temperamentally, I am still the same person. I’m still not on Twitter, I can’t engage with the world 24X7 and I prefer to be that way. But of course, some things you take and some things you let go of, depending on your priorities. I cannot say whether stardom today is good or bad. Every era has its own unique qualities. Now, things are different. Earlier, promotions weren’t that big, and now it’s all about promotions more than anything. Whether it is a film or personal promotions — these are of prime importance. But then you adapt to certain things. I think, film professionals are intrinsically wired to adapting to new changes, and it’s not a big deal — we are constantly changing,” says the actress.

Next, Tabu has teamed up again with The Namesake director Mira Nair to work in A Suitable Boy, a BBC Series. But the actress has one filmmaker on mind with whom she is keen to work with. “I wish to work with Quentin Tarantino,” she says with a laugh. “The characters he gives to his women are amazing. Whether it is Inglourious Basterds or Kill Bill, he is amazing with his female characters. But I have been fortunate that all the directors I’ve worked with have given me great roles, I want to thank all of them,” signs off the grateful Tabu.