'I am not here to run in any rat race, I am here to act': Ridhi Dogra

AFTER OVER A decade-long career in television, where she was seen essaying a wide range of roles — from the protagonist in Life OK’s Savitri to the antagonist in Zee TV’s Woh Apna Sa — also participating in reality shows like Nach Baliye and Fear Factor: Khatron Ke Khiladi, actress Ridhi Dogra makes her digital debut with an intriguing crime thriller. Titled Asur, the web-series pits two opposing worlds against each other — the world of forensic science, and the deep mysticism of ancient Indian Mythology. Ahead of the show’s launch, Indulge sat down with Ridhi to talk about her character, exploring the digital space, and what’s next. Excerpts from the conversation:

Q: Tell us about Asur, and what brought you on board? On a surface level, it is a psychological thriller about a few investigative officers who are trying to solve a case.
But what it does at a very subliminal level is that it talks about mental health, the psychology of criminals, and how they are capable of playing mind games in which you can find yourself trapped in. I am playing an investigative officer in Arshad Warsi’s team. The story is very powerful and something that people will enjoy thoroughly.

Q: How has the initial response been to Asur?
I am really happy with the way Asur has shaped up, and also with the feedback that I am getting. The other day, Arshad (Warsi) called me and Barun (Sobti) and said, ‘Guys, you have done a fab job. I wanted to see one or two episodes, but ended up watching all of them’. It was the biggest compliment I could get, as he is a no-nonsense person. He will say only what he believes and the fact that he did means a lot.

Q: How are you finding the switch to digital from television?
The switch to the web has been just great, I was anyway going through a time where I wanted to do theatre, hone my acting skills, and unlearn a lot of things that I had done, so it came at a really good time.

Q: Having worked in television for so long, how different do you find the web as a medium?
I have worked in the same way on this show as I have on my previous shows for television. I’ve always been curious about my character and tried giving it my 100 per cent. The difference is in the end product. I realised it recently, when a director with whom I was working as a writer, asked me to show some of my work. I showed him a scene from Woh Apna Sa, for which I had got awards. When I showed him the scene, he said, ‘It is bad’. I had a sunken face afterwards, but I understand where he’s coming from. As an actor, even though I was playing an antagonist in the serial, I had refused to do clichéd gestures like tapping fingers or playing with earrings or raising eyebrows. I had told the channel that I would do it my way but the editing, framing and the background music, nothing helped my performance. TV is such a medium that the end product has to spoon-feed the audience. If I am not doing those gestures while acting, they would add a sound or visual effect to convey the same, and that’s probably the need of that medium. That is why I’ve been very selective with my work, especially in recent times, and even took a break to hone my acting skills and explore myself as a writer. I am glad that the web is there, and it is thriving as a medium. It is a very exciting space for actors who truly want to act. 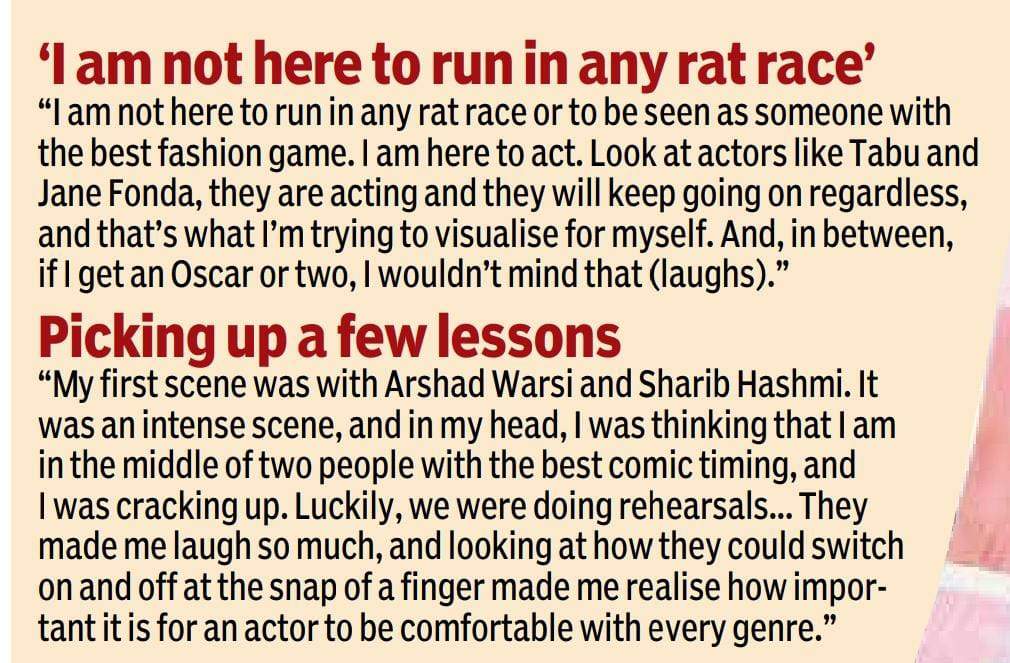 Q: Lastly, what’s next?
I am doing a web show with Zee5 and Alt Balaji titled, A Married Woman. It is based on a book by Manju Kapur and it’s a love story between two women, set during a period of political unrest in the country.