With the coronavirus pandemic bringing the whole world into a standstill, the entertainment industry has suffered some major setbacks. The release of a number of much-awaited Hollywood movies has been pushed back.

Joining the list is the entire Phase 4 slate of the Marvel Cinematic Universe. After the conclusion of Phase 3 in 2019, Marvel Studios had announced what the next few years of the MCU would look like at San Diego Comic-Con and D23.

To give Black Widow--which was supposed to be released this May--a new release date, Marvel Studios has announced a complete Phase 4 reshuffling. Black Widow will now come out on November 6, 2020, the date on which the movie Eternals was supposed to release. As a result, Eternals has moved to February 12, 2021, Shang-Chi and the Legend of the Ten Rings to May 7, 2021, Doctor Strange in the Multiverse of Madness to November 5, 2021, and Thor: Love and Thunder to February 18, 2022. They also announced that Captain Marvel 2 will come out on July 8, 2022. 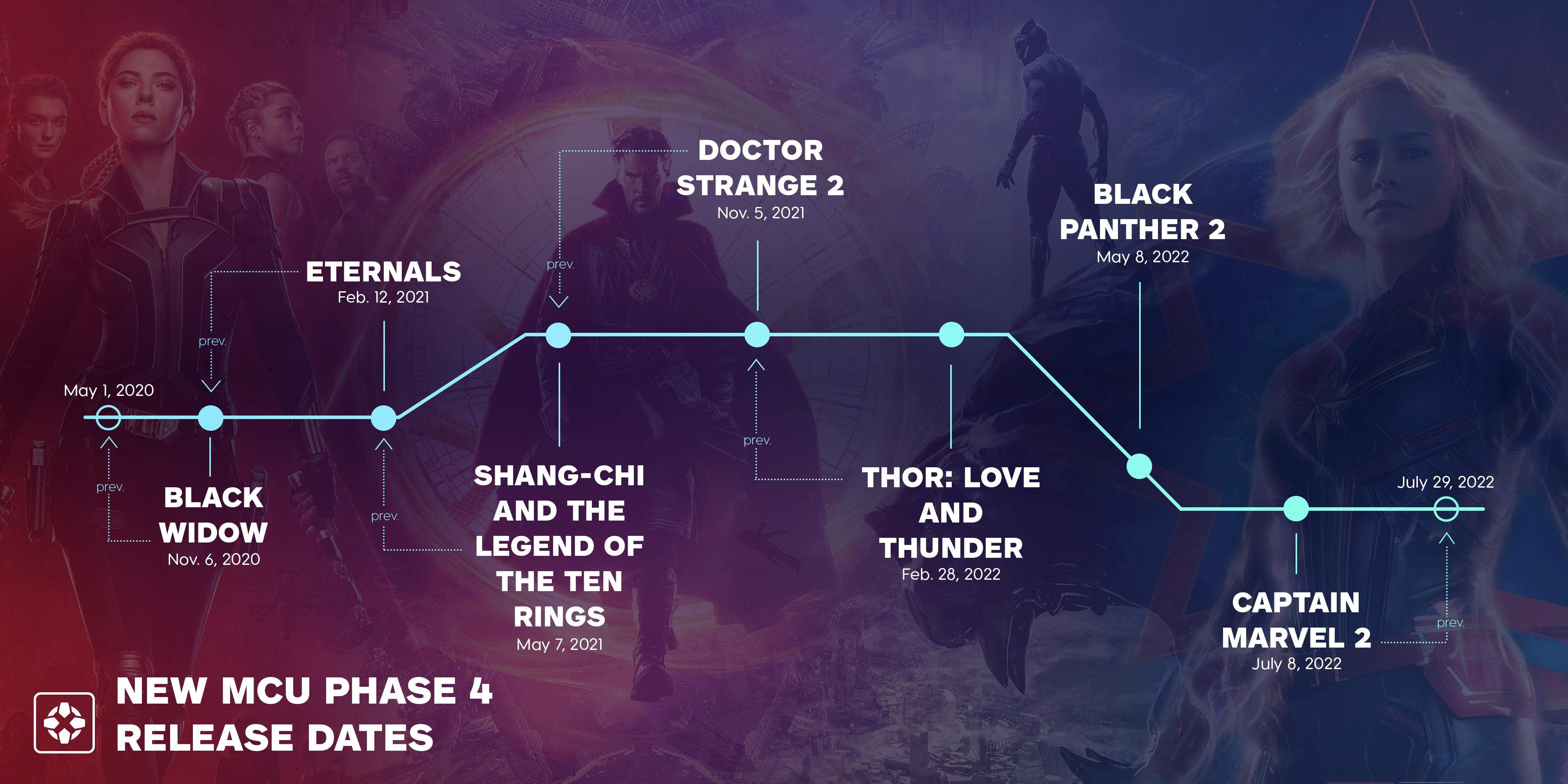 While Disney shifted nearly all of its big-budget movies, it’s sending one to its streaming platform. The Kenneth Branagh-directed science fiction adventure adaptation Artemis Fowl (originally slated to release in August) will go to Disney Plus instead of opening in theaters.

Apart from these, some of the major postponed releases are Jungle Cruise, with Dwayne Johnson and Emily Blunt, which is being pushed back a full year to July 30, 2021. The fifth Indiana Jones movie is also being delayed for a year, to July 2022. Wes Anderson’s The French Dispatch is also postponed from July to Oct. 16.