Exclusive! Quarantine diaries with Mugdha Godse: 'I will be an expert in cooking'

While many would find this sudden lifestyle change daunting, actress Mugdha Godse, who made her Bollywood debut with Madhur Bhandarkar's Fashion (2008), is enjoying the tranquillity this phase is bringing in her life.

“Of course the situation is grim but instead of cribbing, look at the brighter side. We are always running, there is some shoot happening or some promotional event or some award show. Even the vacations are of fewer days owing to the schedule. This is for the first time that one is at home with their loved ones for so long,” says Mugdha who has picked up cooking, a skill she had been planning to take on since long.

“Cooking was on my mind for a long time and I am pursuing that only… by the end of this phase, I will be an expert,” laughs Mudgha who has graduated from preparing basic vegetables to North Indian delicacies. “Since Rahul is Punjabi and is craving for Chole and Rajma, we are sourcing the recipes and making them. And, they are turning out well.” The actress always had a maid and a cook who would come, do the chores and leave. But, since people have been asked to maintain social distance, Mugdha and Rahul are on their own and the duo is acing the job of running the house.

“Rahul takes care of breakfast and snacks, and I prepare lunch and dinner. We both pick up the broom when needed and dishes are done as and when somebody goes to the kitchen and notices them. In fact, these chores also act as easy functional training and I have lost two kilograms since the lockdown even though we have been eating a lot more than we usually do,” she laughs. 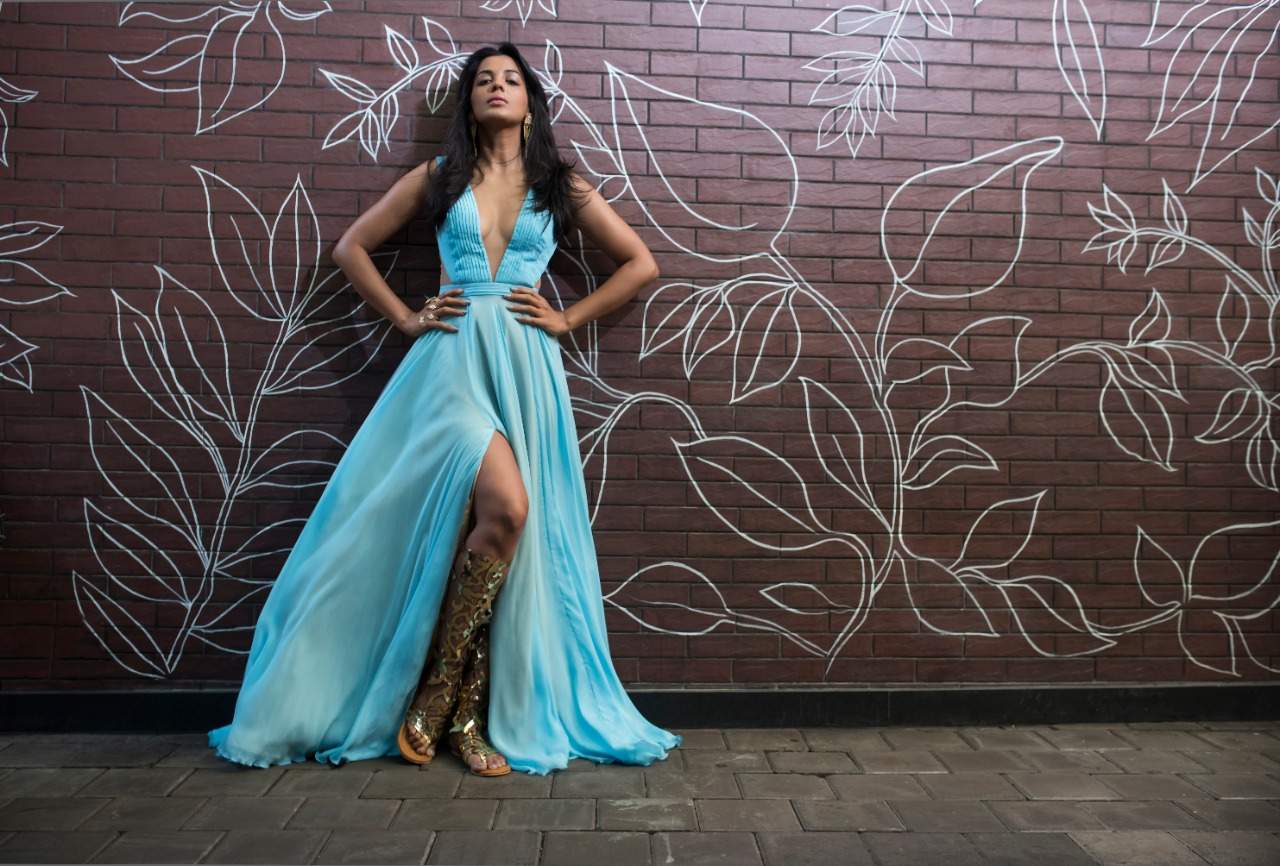 Making most of this time, Mugdha is also catching up on films and series. “I just finished Money Heist since everybody was talking about it. But usually, I watch a lot of rom-com,” quips Mugdha who has two television sets at home since they both watch television at different timings and have different taste when it comes to the genres.

On the work front, Mugdha would next be seen in Fauji Calling, a film based on the families of the brave martyrs who lost their lives in the Pulwama attack, and web-series, A Crime To Remember. “Although I have a smaller role, the film has shaped up really well and we all are excited about its release. The web-series is a crime thriller and I am playing the antagonist. It has a lot of drama and mystery.” Owing to the health crisis and the subsequent lockdown, the shooting for the web-series has been postponed for now and while she is embracing it positively, she also acknowledges the impact the Coronavirus will have on her and other actors.

“Most of us actors earn on a per-day basis. There are no monthly salaries reaching out to us and with things being shelved and all the events being cancelled for months... Of course, we are well-off and can sustain ourselves but it is definitely creating a hole in the pocket,” she admits. “But, it has also made us realise that all that matters is food, shelter and well being of your loved ones,” she signs off.

Fitness tips: Start with Surya Namaskar, you can’t go wrong with it. There are multiple videos available online, you can follow any of them. In the beginning, do five Surya Namaskar and gradually increase them. This is the best time to start working out!