Exclusive: Rahul Dev calls Mugdha his lifeline during this lockdown

In the last two decades, actor Rahul Dev has worked across several languages and film industries in India, be it Marathi, Bengali, Malayalam, Telugu, Bhojpuri, Kannada, Tamil, Oriya or Hindi. The actor who made his digital debut with ALTBalaji’s The Test Case (2017) has collaborated with the platform again but this time for a dramedy titled Who’s Your Daddy. In this interview, Rahul speaks about his latest web-series, spending quality time with Mugdha Godse during quarantine, his workout routine and what’s next in the pipeline. Excerpts:

Q: This year will mark 20 years to your debut movie, Champion. How do you reflect at the two decades gone by?
The last two decades have been about opportunities, learning, imbibing and soaking it all in… Be it the role of freedom fighter Sukhdev Ji in Sunny Deol’s Shaheed or wayward antagonist Naxal in SS Rajamouli’s Simhadri or an emperor who is also a dancer and poet in Prabhu Deva’s Pournami, it has been a very diverse journey where I did over 100 feature films, including 56 in the Hindi language. Cinema has changed for the better and has evolved for the audience who wants to see better content.

Q: Tell us about Who’s Your Daddy. What brought you on board for this series? Tell us in detail about your role.
It feels wonderful to be back on AltBalaji since it is this platform where I started my OTT journey. Who’s Your Daddy is a comedy that presents day-to-day adventures of a father-son duo who live in Delhi. My character Prem Singh Barnala (the father) goes through a gamut of emotions as he explores his relationship with his son, mother and deceased wife. This character is very different from my previous roles; he is funny, instinctive, naive and emotional. He is also someone who is unsure about himself but gradually evolves into someone who embraces life positively. Hope the audience finds him relatable.

Q: It has been some time since Who’s Your Daddy released. How has the initial response been?
The initial response had been tremendous. AltBalaji’s CEO called to congratulate us as it has got really good numbers on the first four days.

Q: How do you find OTT platforms in general? Do you think they are the future?
I think they are here to stay for sure and offer some very good content to watch. The language is more natural and close to what we deploy in real life, making way for more natural performances from artists. But, the cinema will definitely co-exist as going to a theatre to watch a film alongside other strangers and sharing a laugh or a shedding a tear has its own charm. However, more films will be made for OTT platforms.

Q: How are you and Mugdha spending your time during this lockdown? What are you guys watching and who is taking domestic chores?
Mugdha has been my lifeline during this lockdown! It also gave us more time for each other. We watched a lot of films of actors like Robert De Niro, Al Pachino, Joe Peachy to name a few. We saw The Irishman by Martin Scorsese and wondered at the marvel of technology. The domestic chores are being shared. Last night, I made green juice, almond smoothie and did the dishes. Also, I make excellent coffee!

Q: There must be some things that you would have put under 'when I will have time, I will do this' wishlist. Were you able to do any of it?
I had promised myself to clear my cupboards and give off some stuff and change a few things at home. Finally, I have been able to attend the house that has looked after me for so long and a lot of stuff has been segregated.

Q: How are you finding this phase? Did it make you question anything?
I had been thinking about the environment for a long time and this made me think a lot more about it and listen to people like Greta Thunberg, whom I have been following since some time. The key is - we cannot take this planet for granted. The present situation also made my mind wonder about all those people whom we meet on the road - vendors, urchins, beggars and kids who are selling pens and flowers. While we all have been asked to stay safe at home, what about them? Where is there home and are they safe?

Q: We heard that you have to put on 3kgs for your next. Tell us more about this project? And, what next from you at the work front?
I can't reveal much about the character but it is a period drama. And, yes, I need to put on 3 kg of muscle with no gym supporting the physical metamorphosis. I have been lucky to go through physical transformations for various roles in my career, so instinctively relying on past experiences to pull through this one.

Next, there is a feature film titled Torbaaz with Sanjay Dutt and Nargis Fakri. Then there is a web series titled Poison 2 for Zee5 which would co-star my friend Aftab Shivdasani. 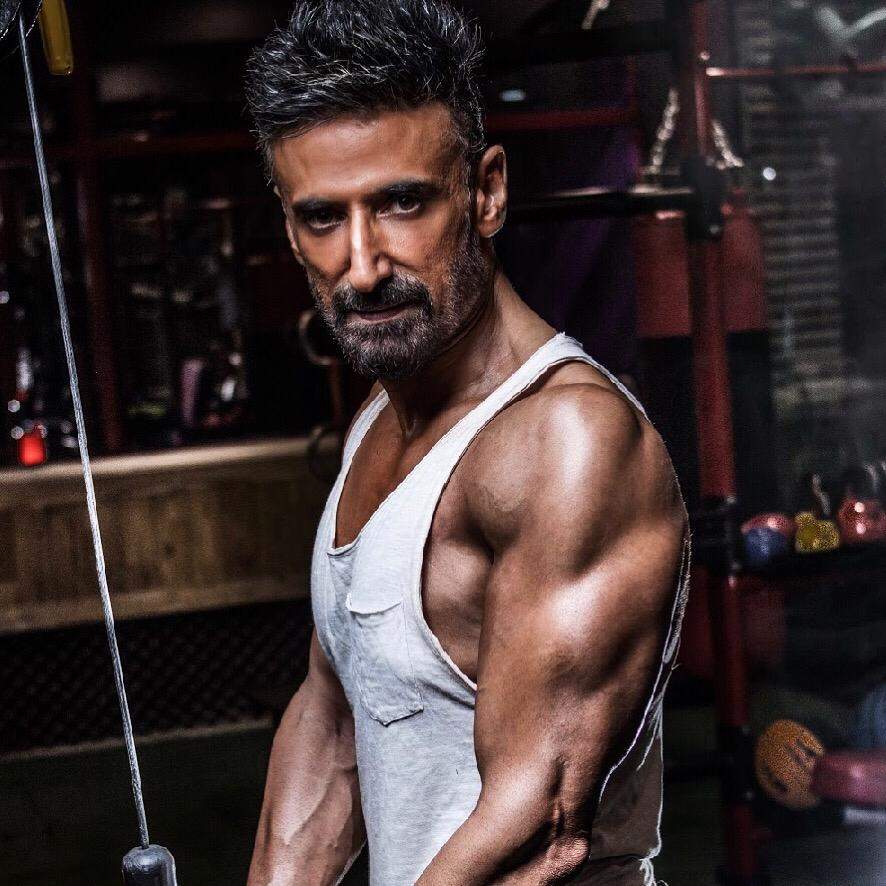 Fitness routine: My work out regime has never been restrictive to the gym. After years of training, I have developed my own versions of the core strength training programme, which helps me lose weight, gain strength and build stamina. I usually begin with basic stretching integrated with breathing for seven to nine minutes followed by a circuit training routine involving my own body weight and gradually increasing repetitions using my own bodyweight to test my strength yet adhering to strict form. This goes in for about 50 minutes.

Who’s Your Daddy is streaming on ALTBalaji & Zee5