Arnold Schwarzenegger joined his daughter Katherine Schwarzenegger and her husband, Chris Pratt, for a family outing to celebrate the news of her pregnancy.

The trio was spotted enjoying a bike ride in California, with both the grandfather-to-be, and Chris Pratt wearing face masks while Katherine, who hid her baby bump under a loose-fitting white top, wore a hat and pair of sunglasses.

This is the Guardian’s of The Galaxy star's second child. 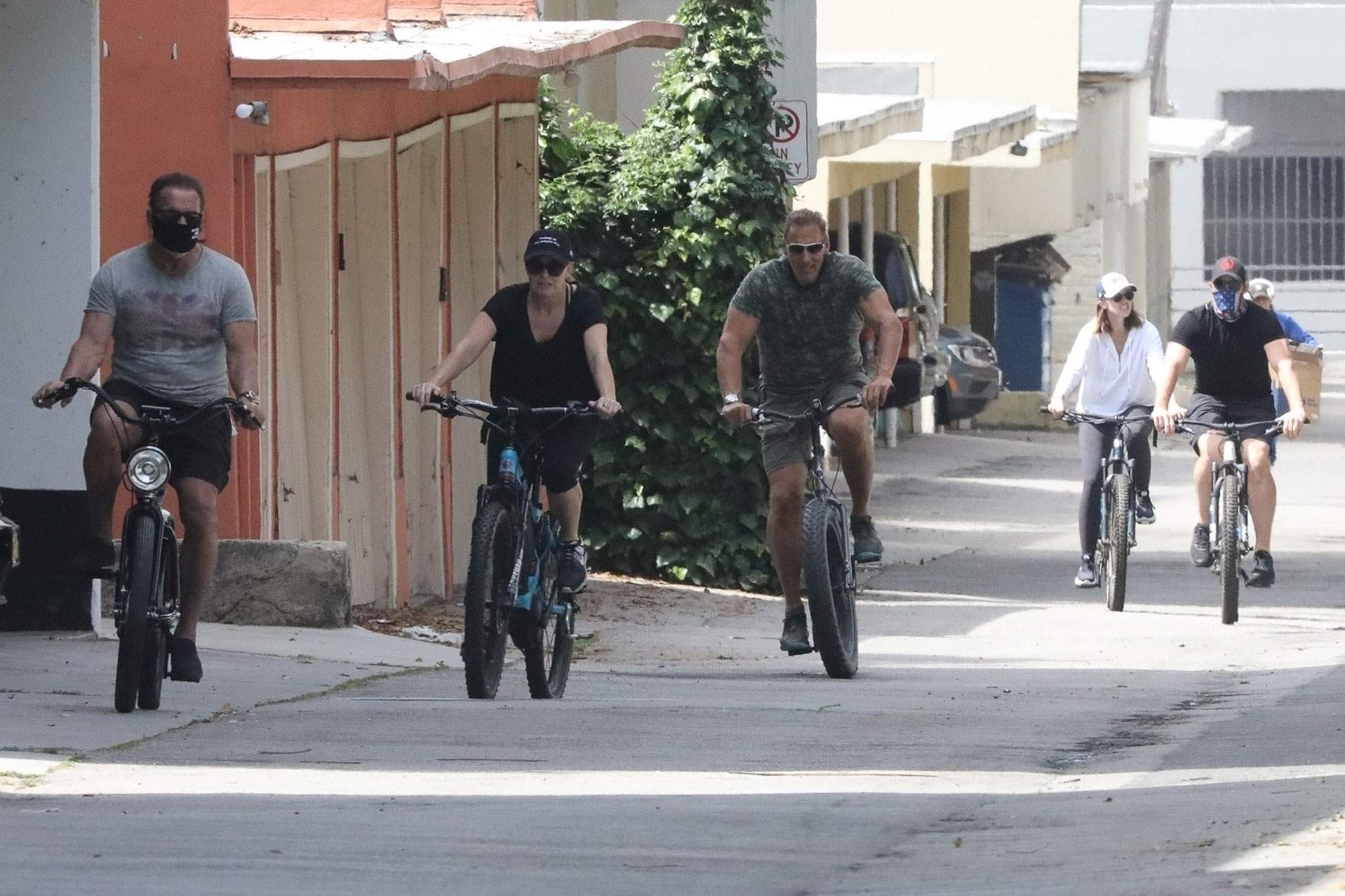 Chris Pratt married Katherine in June last year in an intimnate ceremony and the news of the pregnancy comes 10 months later.

Schwarzenegger recently published her fourth book, The Gift of Forgiveness, while Pratt is set to star in a Parks & Recreation reunion special airing on April 30, which will raise funds for coronavirus relief efforts. (Proceeds will go to Feeding America.) The special, airing on NBC, will reunite the main cast members, who will shoot the special from their homes: others on board include Amy Poehler, Rashida Jones, Rob Lowe, Aubrey Plaza, Aziz Ansari, Nick Offerman, and Adam Scott.