AR Rahman mourns untimely demise of Irrfan Khan, calls him 'one of the greatest ambassadors of Indian cinema'

Music maestro AR Rahman took a trip down memory lane when he read about the untimely demise of actor Irrfan Khan.

Remembering the Oscars of 2009, when Slumdog Millionaire won eight Academy Awards, including Best Picture, Best Director, and Best Original Score, the stage was shared by the people who made the film what it was, including Rahman, who composed its music and won two awards, and Irrfan Khan, who played the role of a police inspector in the film.

Taking to Twitter, Rahman wrote, "One of the greatest ambassadors of Indian cinema has left us. Gone too soon..#RamadanDay5 #memories #oscar2009 #innalillahiwainnailaihirajioon" 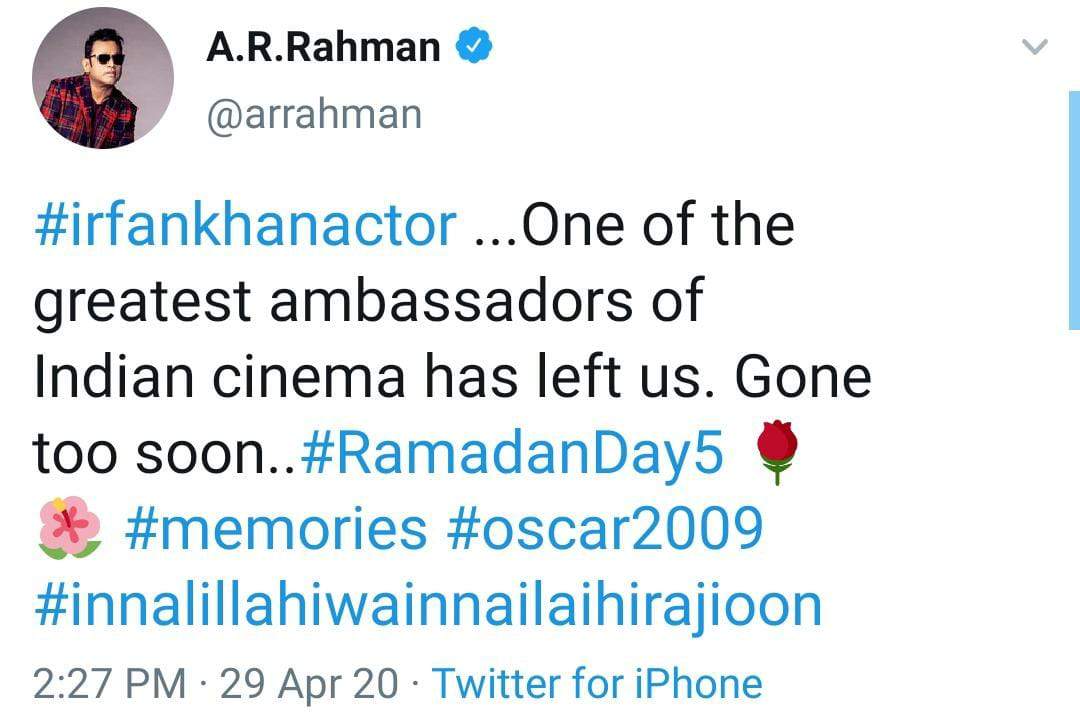 The 53-year-old actor breathed his last today morning and was laid to rest at Mumbai's Versova burial ground in the afternoon. The actor is survived by his wife Sutapa Sikdar and two sons Babil and Ayan.

The actor's untimely demise came as a shock to many, including the Prime Minister Narendra Modi, megastar Amitabh Bachchan, Ulaganayagan of Tamil film industry Kamal Haasan to name a few.