After breathing his last on Wednesday morning, actor Irrfan Khan has been laid to rest at Mumbai's Versova burial ground. Fans from across India have come together to share their shock and grief in the actor's demise.

Among those who are mourning his death are leading actors of India. Mollywood stars including Dulquer Salmaan, Prithviraj, Parvathy, among others took to their social handles to react to the news.

Dulquer Salman, Irrfan's co-actor in the movie Karwaan, took to his handle to pen an emotional note. In a lengthy post, he recollected his memories of the late actor during his shoot days. 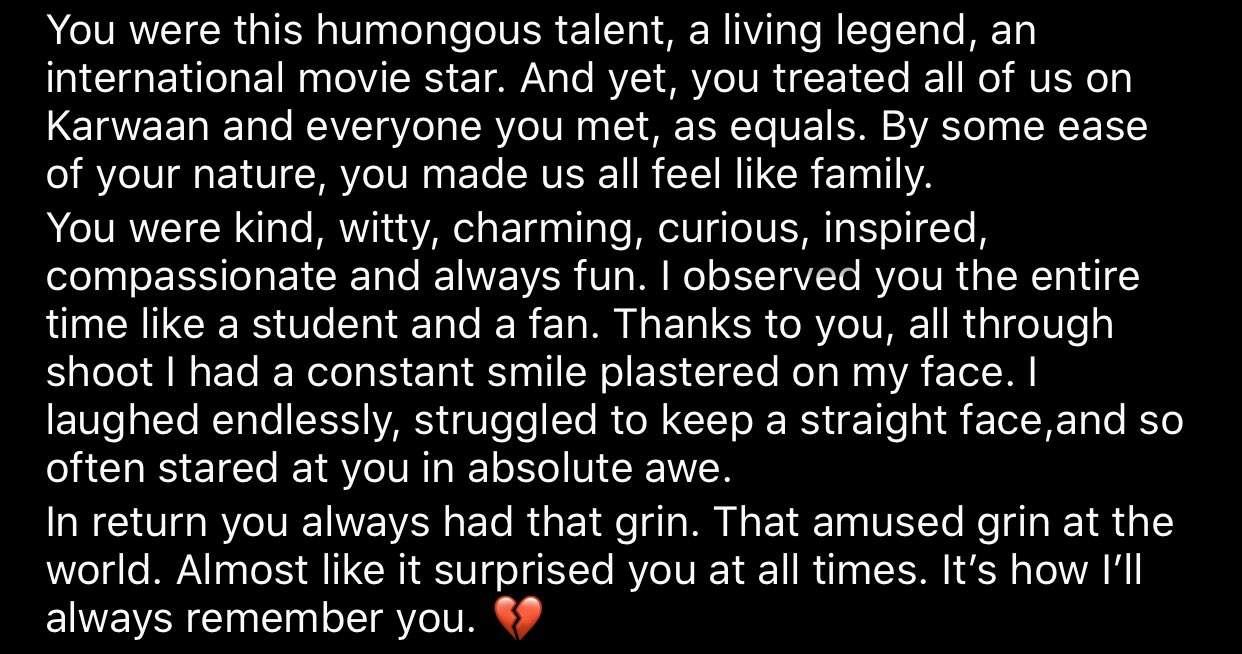 Parvathy Thiruvothu, who worked with Irrfan in the movie Qarib Qarib Singlle shared images of her with the actor with a heartfelt note. 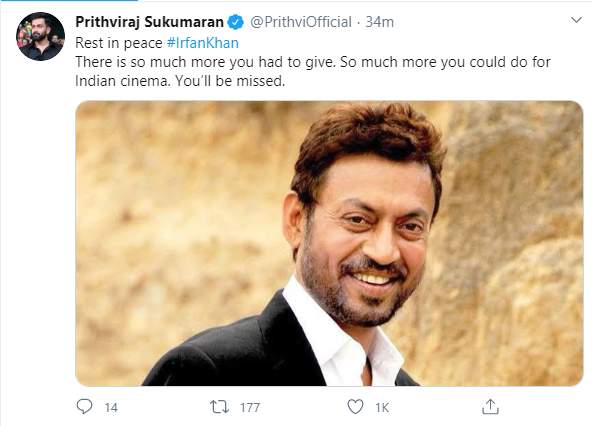 Actor and director Geethu Mohandas paid tribute to the actor by sharing a screengrab of one of Irrfan's scenes from Life of Pi. 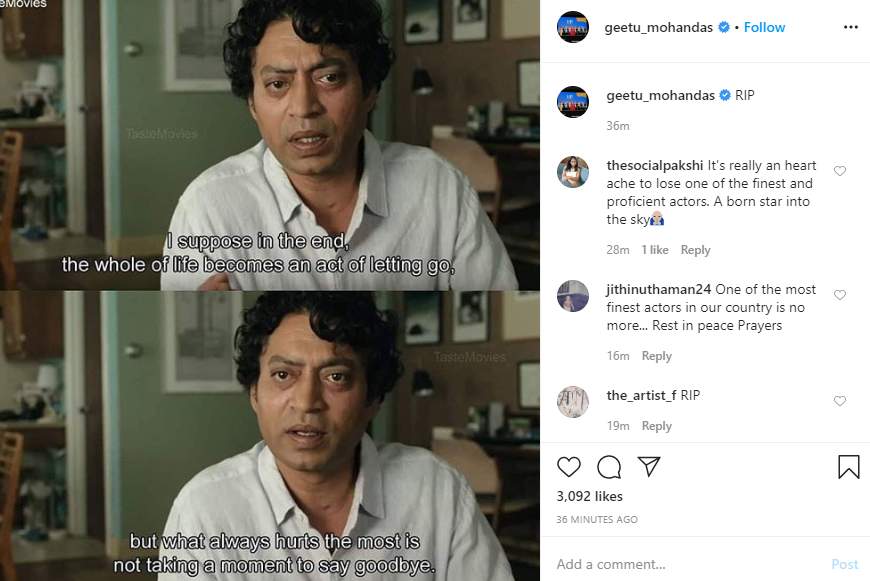 Actress and producer Nazriya Nazim also took to her Instagram handle to share a picture of the great actor to express her shock. Actress Ahaana Krisha shared a picture of Irrfan and wrote about how much she admired the actor.