The news of the prolific actor Irrfan Khan's untimely demise sent shock waves everywhere. Tollywood too mourns his death. Here is how the stars reacted to the news.

National award-winning director Srijit Mukjerjee took to twitter and expressed his regret of not being able to work with Irrfan Khan, due to his untimely demise. He said in Bengali, “My wish of working with Irrfan Khan remains unfulfilled, just like my dream of assisting Rituda (Tollywood actor Rituparno Ghosh). One of the finest ever. Actor, fighter. Rest in histrionics, among legends.” Filmmaker Raj Chakraborty shared a short message with a solo picture of the actor on both Instagram and Twitter. He captioned it as “You were one of my most favourite actors. Your contributions to Indian Cinema has been immense. Your effortless portrayal of characters always left me spellbound. This sudden departure has left us all heartbroken. Hope you're in a better place. We will miss you. #RIP #IrrfanKhan” 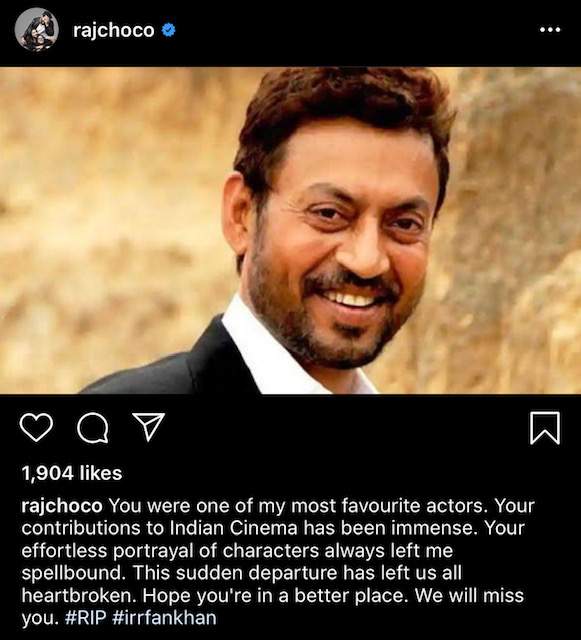 Actor Parno Mittra shared a picture of her and Irrfan Khan, from one of her shoots, and captioned it on twitter as “A man I’ve admired, an actor I’ve looked upto and a co-actor I’ve loved working with. You will be missed @Irrfank. May your soul rests in peace. 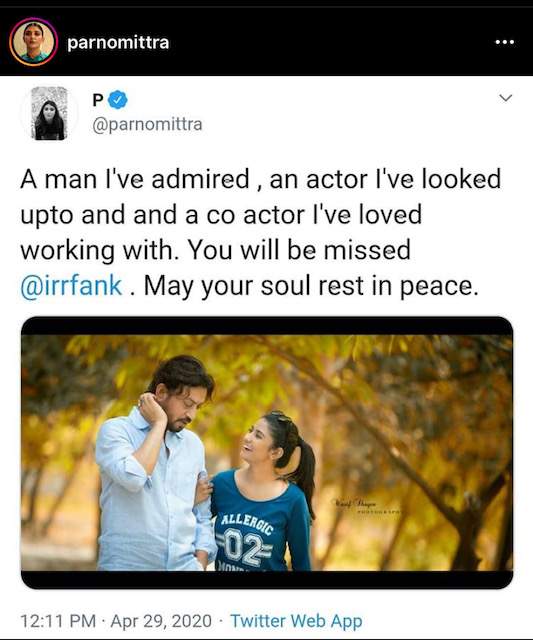 MP and actor Nusrat Jahan expressed her shock with a short message on twitter. She said “Shocked to hear the demise of legendary & exceptional Actor Irrfan Khan. Life is so unpredictable at times. My deepest condolences to the family & fans. #IrrfanKhan #PrayersAndDuas” 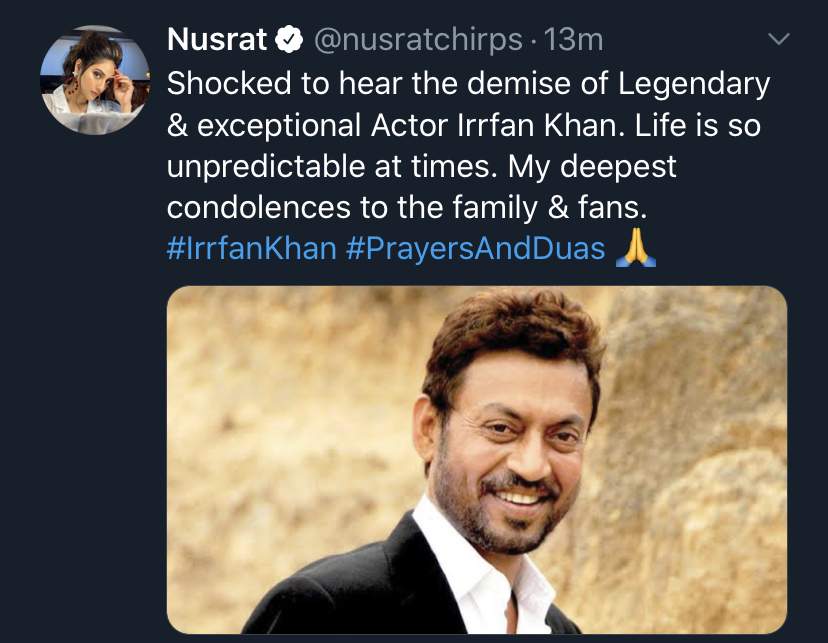 Music composer Jeet Ganguly’s message read, “You will always be here with us @irrfank. A man like you with such undaunted spirit is always a winner.” 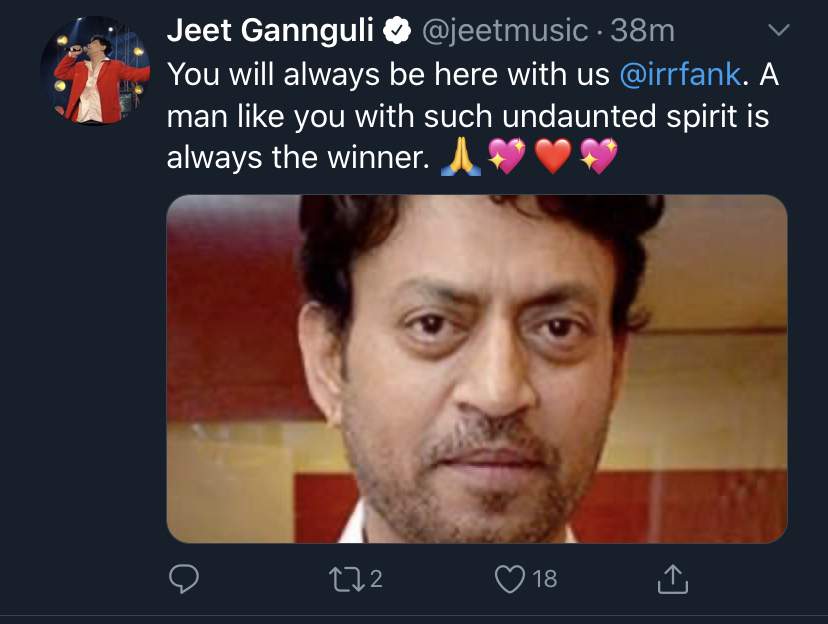 Actor Parambrata Chatterjee expressed his disbelief in the news and said on twitter, “I can’t take it , I refuse to take it... yes we knew about his illness, but wanted to believe it’ll never come to this! At least not so soon... this will take time, and more, to heal. #RIPIrrfanKhan”

Actor Abir Chatterjee how the news made the depressing time worse with the news of Irrfan Khan’s death. On twitter he wrote, “Depressing time becomes worse..one of the best artists we had..you have been an inspiration from my growing up years #IrfanKhan Love & respect from the deepest core of my heart..”