2020 was not a usual year. For everyone across the globe, the year presented with a unique set of experiences that no one was prepared for. According to official reports from Twitter, the topics discussed on the platform were also just as unique. As the world grappled with a global pandemic, Indians took to Twitter to stay informed, connected and entertained while talking about their passions, re-discovering interests and having diverse conversations.

Needless to say, #COVID19 dominated social media with people on Twitter seeking information, connecting with experts and following what was happening in real-time. The conversations on the service revolved around multiple Coronavirus-related topics, including the critical need to #WearAMask. Besides that, this year also brought a sense of gratitude for our frontline workers. Tweets expressing being grateful or thankful increased by 20% globally, with particular recognition of doctors (+135%) and teachers (+30%). Beyond #Covid19, fans paid tribute to #SushantSinghRajput and his career, and denounced the alleged rape of a young Dalit woman in #Hathras.

Twitter has been the go-to destination for sports chatter with  #IPL2020, #WhistlePodu and #TeamIndia becoming the most Tweeted hashtags in sports. Movies and TV were no less. Globally, there were more than 7,000 Tweets per minute about TV and movies this year. In India, Hindi film #DilBechara, Tamil film #SooraraiPottru and Telugu film #SarileruNeekevvaru were the most Tweeted about films to release this year, and people took a minute to laugh at the relatability of #Binod, making it the most Tweeted meme.

From re-discovering interests such as #Photography, #Yoga and #Poetry, to throwing back to a different time and getting nostalgic with conversations about #Ramayan, #Pokiri and #Mahabaharat, audiences took to the service giving rise to diverse conversations from the tedious to the unexpected.

Talking about how Indians used Twitter this year, Manish Maheshwari, Managing Director, Twitter India said, “Being the year it has been, conversation on Twitter in 2020 was unique. From the fight against this global pandemic, rejoicing in celebratory moments, standing up for those communities impacted by the pandemic, to bonding over rediscovered shows, interests and memes, India came together beautifully on Twitter this year. In 2021, while the nation bounces back, we hope to continue giving everyone a voice and provide a service to stay virtually engaged with what’s happening in the country and the world.”

Here is a look at the Golden Tweets of 2020 or those Tweets that became the most Retweeted, Liked and Quoted Tweets on the service. From Vijay’s (@actorvijay) connection with his fans, Virat Kohli (@imVkohli) and Anushka Sharma’s (@AnushkaSharma) celebratory news, Ratan Tata’s (@RNTata2000) Tweet pledging support to impacted communities, to Amitabh Bachchan’s (@SrBachchan) Tweet about COVID-19, each of the Golden Tweets reflect what Indians loved talking about in 2020.

Vijay’s selfie with his fans from February 2020, celebrated the strong connection that Tamil stars have with their community on Twitter. 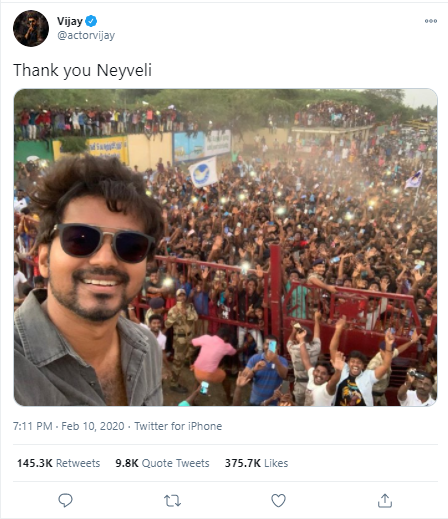 Vijay’s (@actorvijay) Tweet of a selfie with his fans in Neyveli in February was widely loved and shared by fans of Tamil cinema across the country. Over the years, film fans from Tamil cinema have actively taken to Twitter to show their love and support for their favourite superstars and Tweet about what’s happening in the world of entertainment. 2020 was no different.

Most Retweeted Tweet in Politics: Prime Minister Narendra Modi Tweeted about lighting lamps of hope and good health during the COVID-19 pandemic 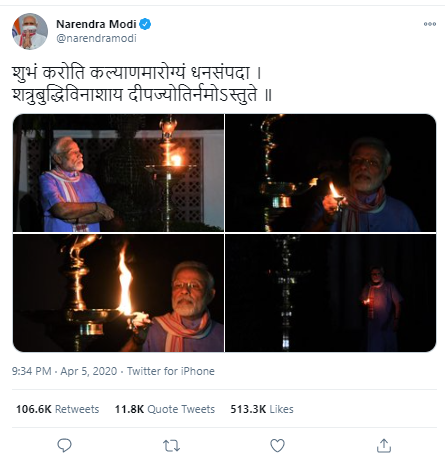 During his '9 PM-9 Mins' public address, Prime Minister Narendra Modi (@narendramodi) requested people of India to light lamps from the safety of their homes as a symbolic gesture of solidarity towards one other. This Tweet became the most Retweeted Tweet by a politician. 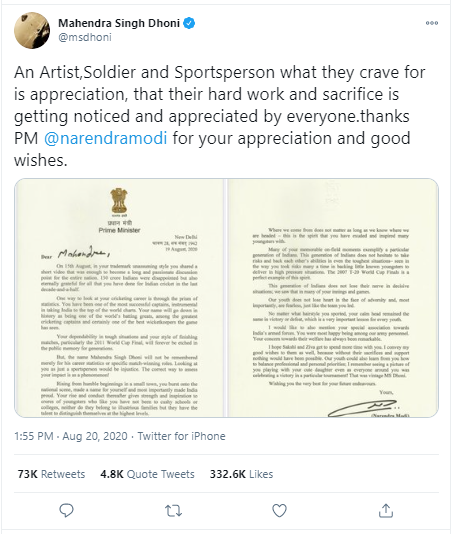 Cricketer M.S Dhoni (@msdhoni) shared his gratitude on Twitter, thanking Prime Minister Modi for sending him a letter that appreciated his achievements and contribution to cricket in India. The Tweet was met with applause from sports fans across the nation making it the most Retweeted Tweet by an athlete. 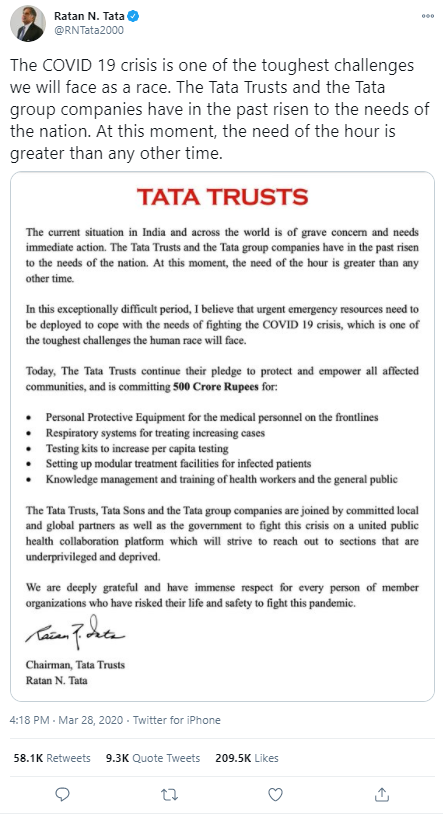 Business tycoon Ratan Tata (@RNTata2000), Chairman, Tata Trusts, announced a commitment of 500 crore rupees on behalf of the company towards protecting and empowering communities affected by the pandemic. The initiative was widely appreciated and served as a reminder to every Indian to stay united in the fight against COVID-19. 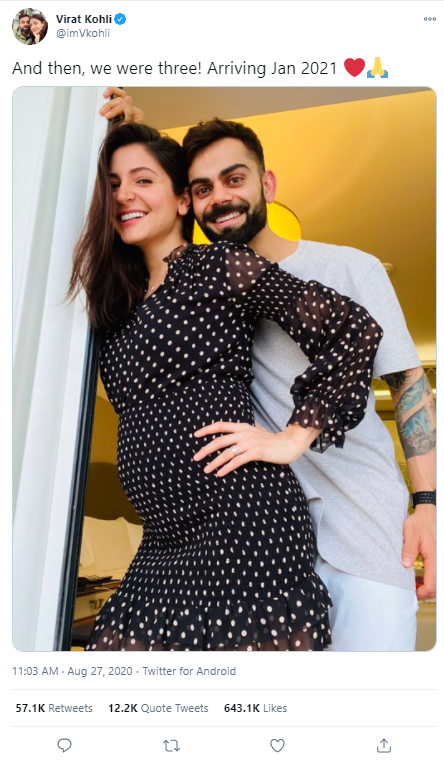 Most Quoted Tweet: Amitabh Bachchan shared his diagnosis of COVID-19 and spread awareness about the virus 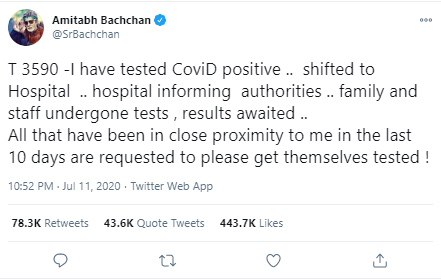 On testing COVID-19 positive, Amitabh Bachchan (@SrBachchan) took to the service to share his news. He also requested people who had been in close proximity to him to get tested, spreading awareness about the virus and shared measures to be taken in case of exposure. Those that Quote-Tweeted his Tweet wished him a speedy recovery and encouraged people to stay safe, wash their hands and wear their masks.