Tollywood star Nithiin, who is looking forward to the release of his romantic-comedy Bheeshma, got engaged to his lady love of four years, Shalini. Since then, the actor's fans have showered him with best wishes and a few pictures have emerged as well from the ceremony. Both looked resplendent in their traditional attire and complemented each other well. 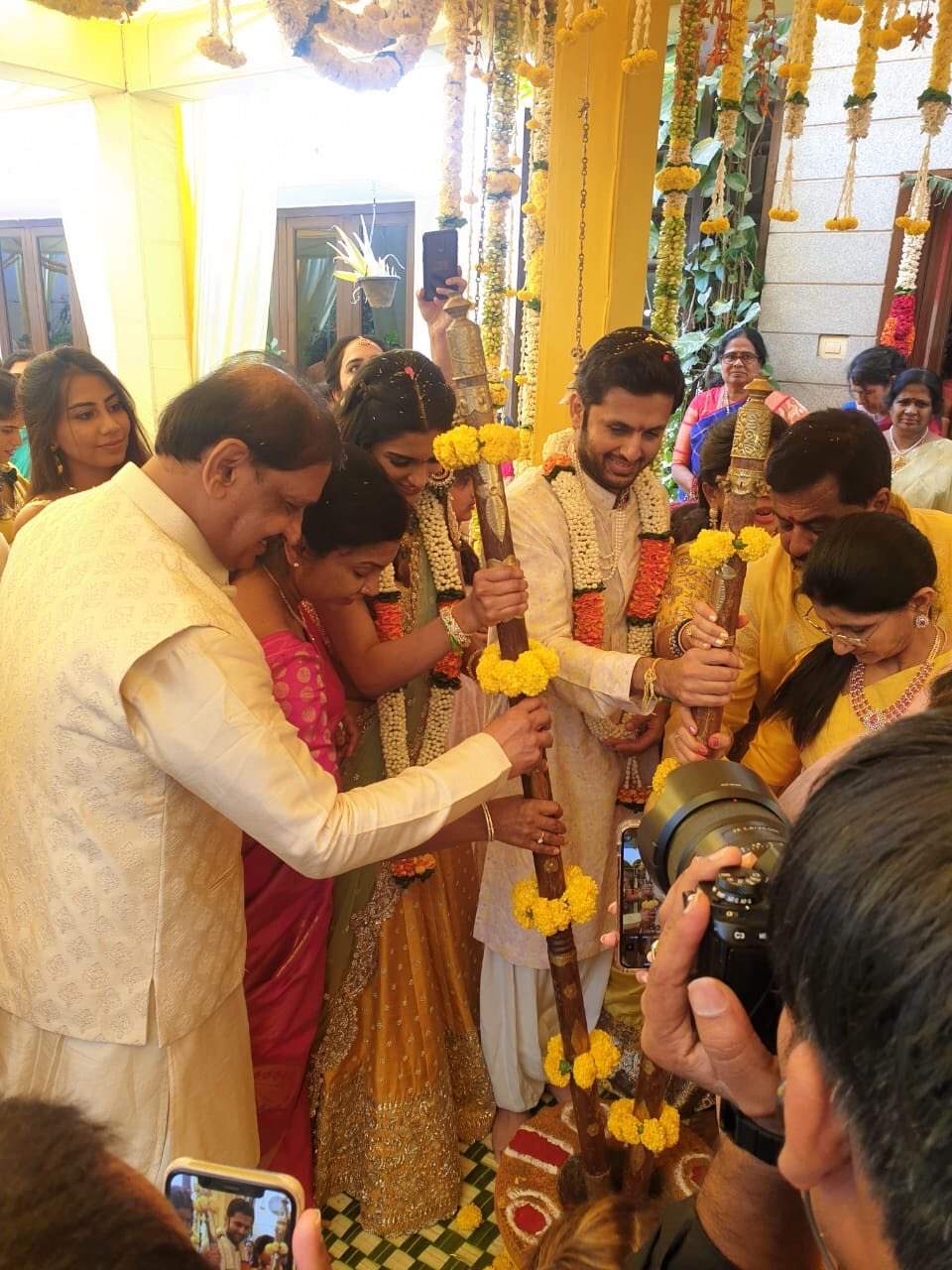 Even actress Samantha Akkineni congratulated them and so did his co-star, Rashmika Mandana. According to reports Shalini has reportedly done her MBA in London and the couple will get married mid-April. Shalini and Nithiin completed their ring ceremony watched on by close family and friends.