Hollywood star Gerard Butler started the new decade with an Indian adventure. The P.S. I Love You star ringed in the new year soaking in the vibrancy of Indian culture in Rishikesh.

Butler took to Instagram to share a photograph of himself doing the Suryanamaskar at the Himalayan hills of Rishikesh. The image gives the impression that the actor is holding the sun in his hands.

"Let your light shine in to the new decade. Sending you all love. Happy New Year from the Himalayas," he wrote along with the image.

Fitness enthusiast Yash Birla also shared some moments from his meeting with the Hollywood star, credited for movies like 300, How to Train Your Dragon, The Hidden World and thriller trilogy Olympus Has Fallen, London Has Fallen and Angel Has Fallen.

"Rishikesh is rising... London has not fallen... 300 percent ... a day well spent and most memorable in the resonance of the holy Ganges @gerardbutler," Yash wrote.

The images posted by Yash show Butler posing with Birla. Butler is seen wearing a T-shirt, baggy pants and a scarf. The river Ganges can be seen in the background. It is believed that Butler was accompanied by his girlfriend Morgan Brown.

In one image, the actor is donning a tilak on his forehead as he posed for pictures with devotees and pilgrims.

This is not Butler's first trip to India. He escaped getting attention during his trip to Jaipur a few years ago. In 2009, Bollywood superstar Shah Rukh Khan organised a bash for the Hollywood star in Mumbai. 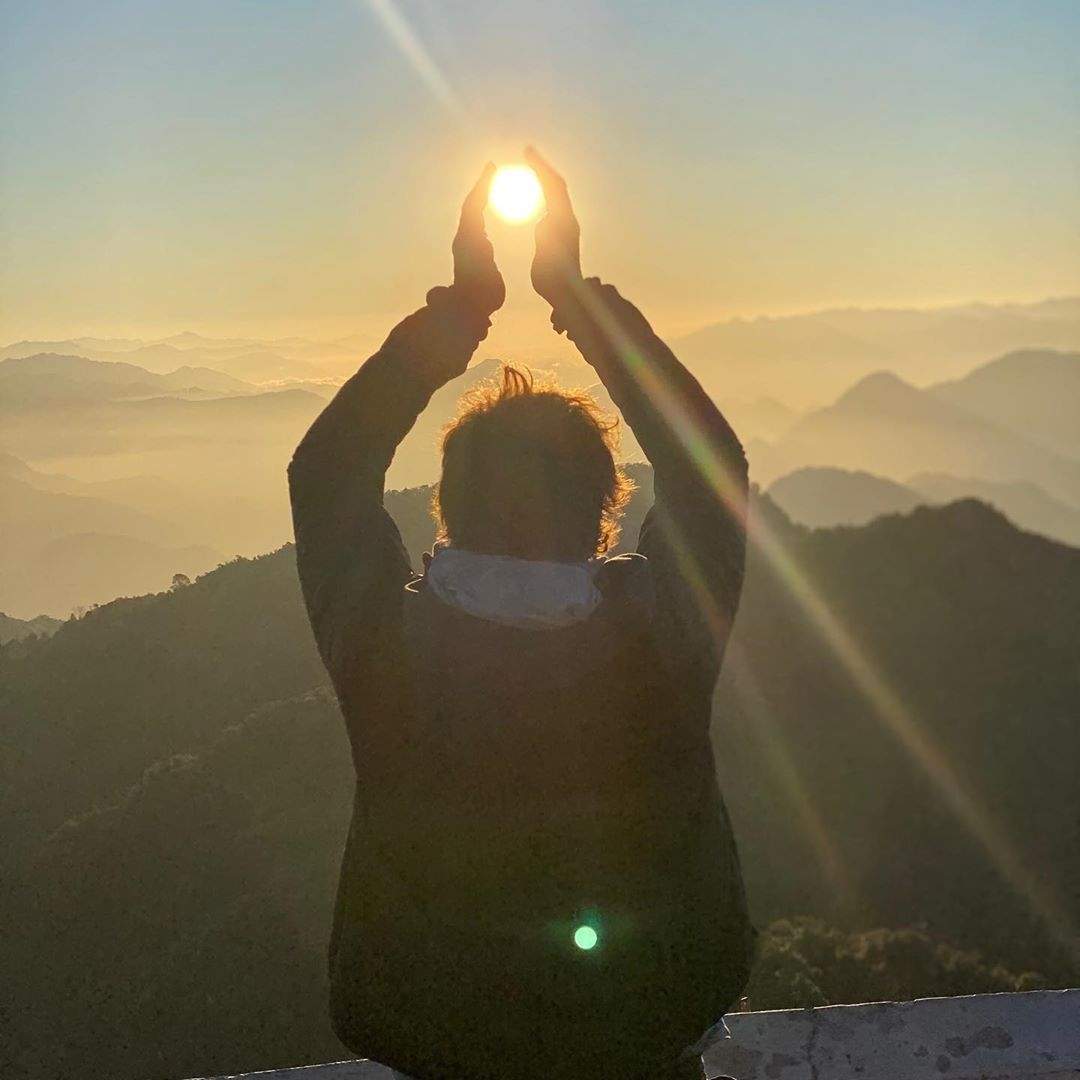 Let your light shine in to the new decade. Sending you all love. Happy New Year from the Himalayas.