Food special: Chef Christine Ha chats about her fears, fish sauce and everything in between

Christine Ha may  be known to the world as The Blind Cook (also her Instagram handle). But her vision for the food she creates is crystal clear. So much so, that the notoriously difficult-to-please Gordon Ramsay became a fan of hers well before she went on to win MasterChef US Season 3, back in 2012.

The 40-year-old chef who has since written a book and co-hosted Four Senses, a cooking show for the visually challenged, recently opened her first restaurant — The Blind Goat in Houston. The name is a nod to her disability and her astrological sign (she was born in the year of the goat), and also reveals a sense of humour — which makes Christine all the more adored by cooking enthusiasts following her journey all over the world.

For those who don’t know her story, Christine was diagnosed with a medical condition called euromyelitis optica, which means that she gradually lost her vision over a period of years.Now almost fully blind, the construction of a full-fledged commercial kitchen poses the mammoth challenge of memorising a new kitchen layout, counting steps and teaching staff who can see how to offer non-verbal cues and detail their descriptions of a finished dish.

In an email interview, Christine covers conquering fears, her love for fish sauce and everything in between. We also talk about her second book and memoir in the pipeline and being on the other side of the table as guest judge on MasterChef US Season 10 that kicks off next week. Excerpts from the interaction:

Give us a quick taste of the food you love and grew up with. Do you remember the first dish you cooked?
Since my parents were Vietnamese refugees, I grew up eating a lot of Vietnamese food: braised pork and egg, noodle soups, sticky rice. It wasn’t until I was older that I finally appreciated my mom’s cooking. She died when I was 14 and never taught me how to cook, so I had to teach myself when I was in college. Some of the first dishes I cooked were fried rice and won ton soup (both of which were incredibly unsuccessful). My first successful dish I cooked was a Vietnamese ginger braised chicken.

What are the cuisines that you most enjoy? We have read that you get much of your inspiration from your travels. Are there any Indian dishes that you enjoy?
I love to eat everything and try food from everywhere. Of course, at home, I mostly cook Vietnamese, Chinese, Korean, American, and Mexican. But I cook everything from Jamaican to Japanese, and yes, I love Indian too. Some Indian dishes I love are biryani, chicken tikka masala, saag paneer and dosas.

And what has now made it on to your menu at your your first restaurant The Blind Goat — do give us a taster?
Egg rolls, Texas BBQ brisket spring rolls, Texas BBQ brisket fried rice, Vietnamese beef carpaccio, goat curry, peanut tofu with rice vermicelli, Hanoi-style chicken noodle soup and of course, my apple pie made famous on MasterChef, but with a Vietnamese twist. 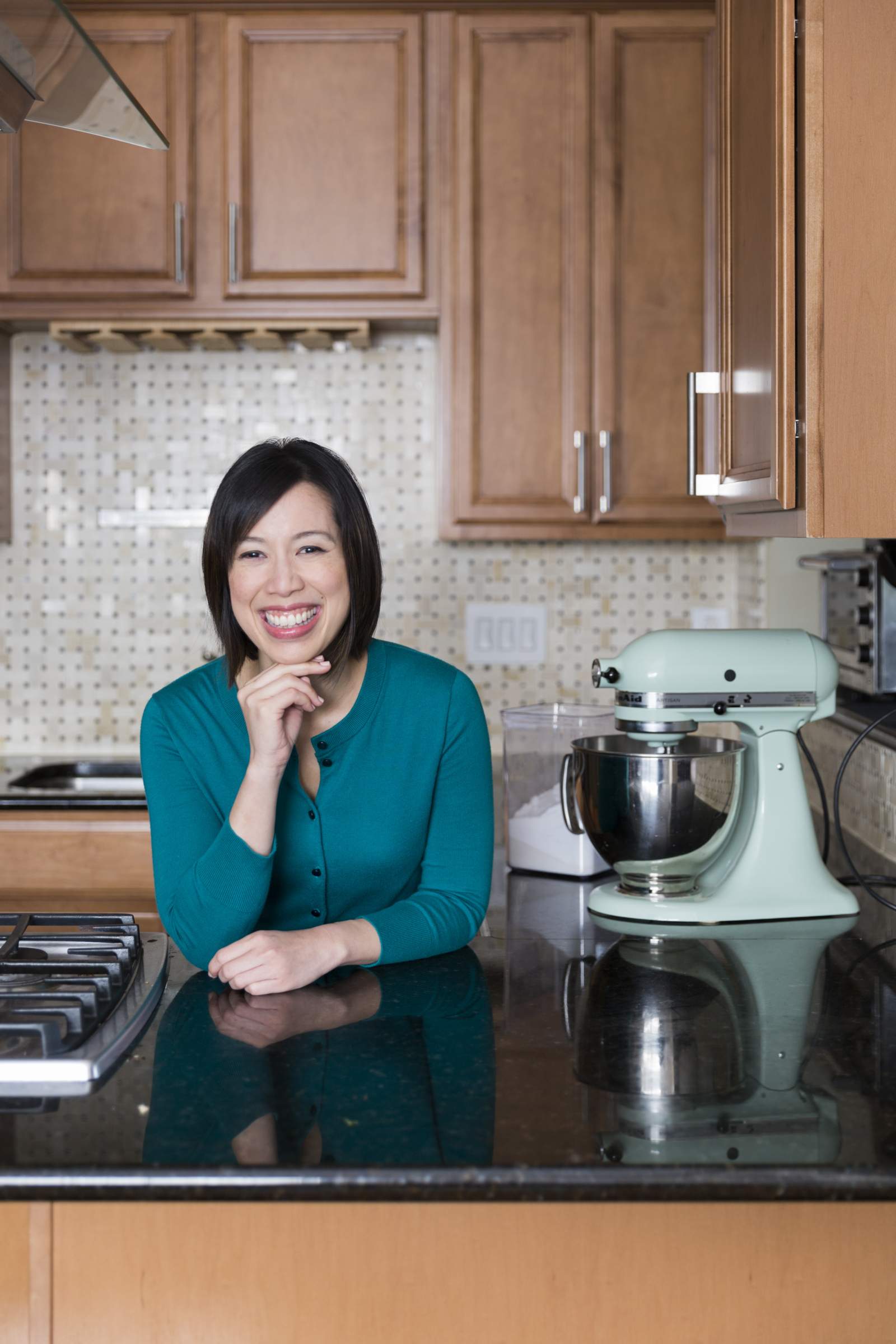 Five people on your buckelist, that you hope to cook for.
Gordon Ramsay (again), Barack and Michelle Obama, Chef David Chang of Momofuku, and Awkwafina because she’d be fun dinner company.

Two ingredients that you cannot do without in your kitchen.
Fish sauce and eggs.

One culinary dream that is still on the list.
Win a James Beard Award.

How different is a kitchen run by a visually-impaired chef — can you walk us through it? We mean equipment, staff training, kitchen rules, safety and even construction...
My staff had to learn how to work with a visually impaired person in the kitchen, which means being very verbal and guiding me or my hands to find things. I know where all the equipment is in my kitchen, but it is run daily by my staff so I don’t always have to be there. But it was a long journey setting up — and we documented it on my YouTube channel in a mini-series called The Making of The Blind Goat.

You are an inspiration to so many. Where does your strength come from and what are your core beliefs that you think have brought you this far?
Part of it might be genetic: I get my perseverance and grit from my parents. A lot of it is the community that supports me from friends, doctors and nurses, professors, colleagues, vocational counsellors, independent living instructors, and so on. I also believe life is hard. Everyone has their own challenges in life. It’s how you play the hand you’re dealt that builds character. Don’t be afraid to fail, and remember to celebrate the small victories.

What would you say has been the scariest thing you have ever done?
It’s a tie between competing on MasterChef and opening The Blind Goat.

You were last a guest judge on MasterChef US in Season 4. And we’re going to see you at it again in Season 10. Is that still surreal for you — going from contestant to judge or has it settled in now?
I’m more used to it now and feel like a veteran on camera. I will say it’s much better to be on the other side though! 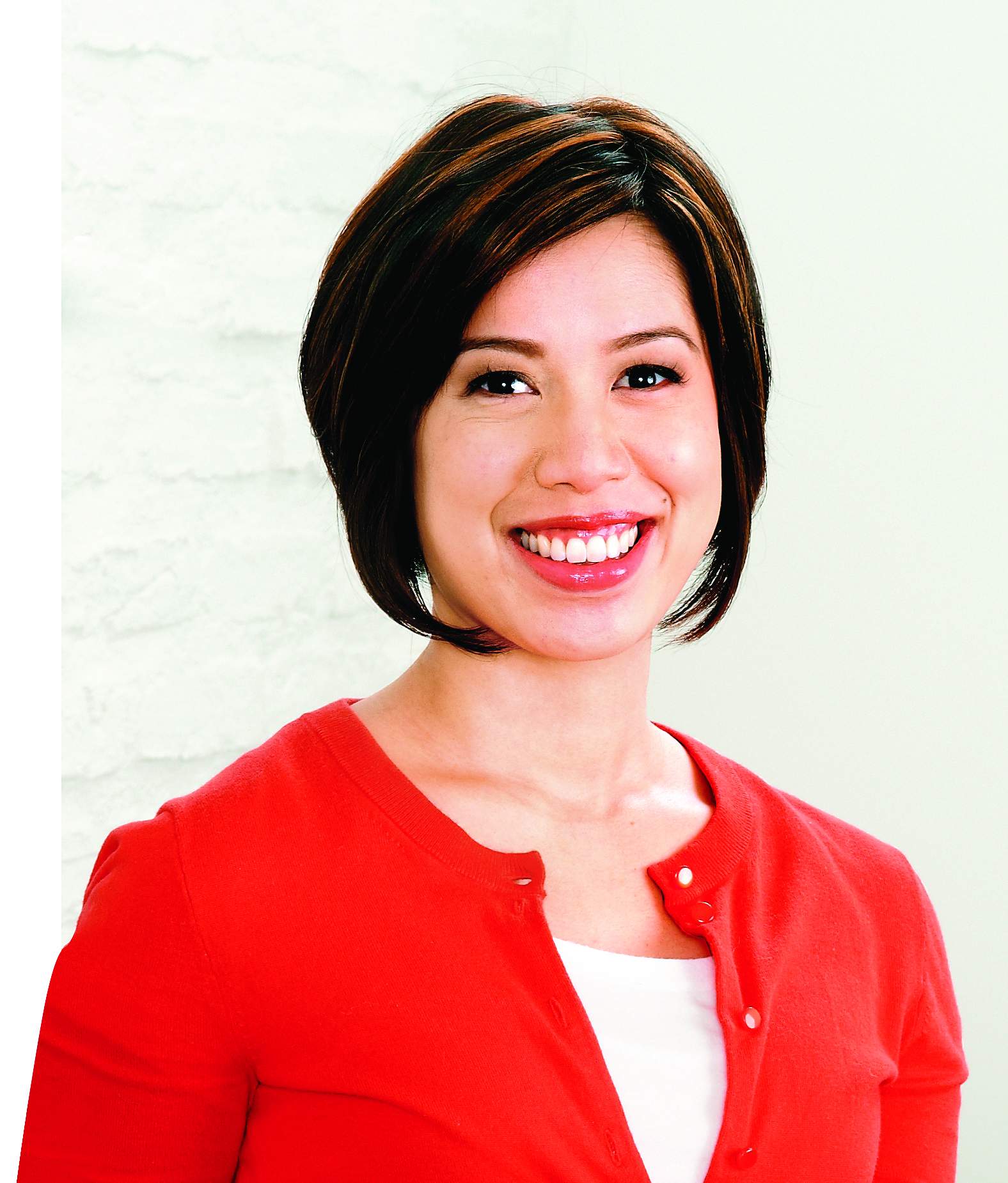 I have a new big project on the horizon for 2020, but it’s not
public news yet — stay tuned!

We hear that you are working on your memoir and second cookbook. Give us a sampler of what we can look forward to?
I’ve been working on those books for a while now and put them on hold to open The Blind Goat. I hope to get back to them in 2020.

What was Christmas like at your dinner table?
I cooked the Thanksgiving feast for the extended family, and Christmas was at my in-laws where I got to kick back and relax and just eat!

Do you have any Vietnamese specials that we could try at home too?
My cookbook, Recipes from My Home Kitchen, contains many Vietnamese recipes. You can try the clay pot catfish which was my audition dish on MasterChef Season 3.

With  the New Year and the turn of the decade, what are you most excited about for 2020?
I have a new big project on the horizon for 2020, but it’s not public news yet — stay tuned! I’ve also been working on a documentary about my life story from how I lost my vision to opening The Blind Goat.

Also, given that we are writing in from Chennai, India — we have to ask — are there any Indian chefs that you are following? Or perhaps, you would like to collaborate with at some point?
Most of the Indian chefs I know are based in the US or Canada, but I have never been to India and would absolutely love the opportunity to visit and learn more about the cuisine. I know there are different regional styles of cooking, so I’d like to dive deeper into that. The sous chef at The Blind Goat is of Indian heritage, and we talk about Indian food all the time.

MasterChef US Season 10 will premiere in India on Star World on January 6, airs Monday to Friday at 9 pm.