One of Hollywood’s former sweethearts, Brad Pitt and Jennifer Aniston, reunited at the Screen Actor’s Guild Awards earlier today and the internet cannot seem to get enough of it.  The couple — who split in 2005 after Pitt had an affair with co-star Angelina Jolie — was snapped going in for a hug and smiling at each other.

Pitt took home the award for Outstanding Performance by a Male Actor in a Supporting Role for Once Upon a Time in … Hollywood. During his acceptance speech as he poked fun at his lacklustre love life, the camera panned towards Aniston who could not help but give a wry smile.

Jennifer Aniston later won for Outstanding Performance by a Female Actor in a Drama Series for The Morning Show and videos have surfaced on Brad Pitt watching his former flame’s speech backstage. 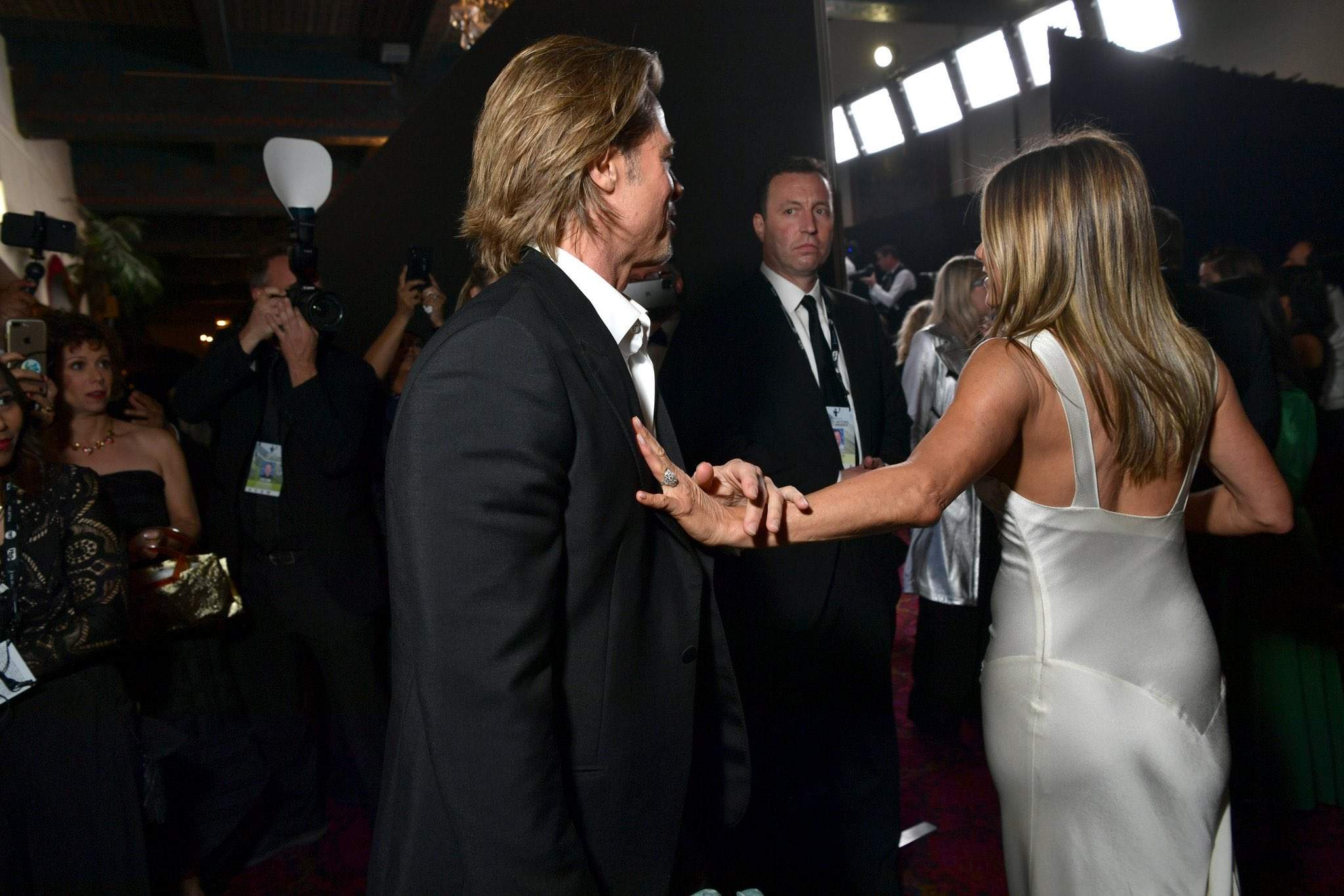 While the exes have remained friendly, over the years - with Pitt even attending Aniston’s annual holiday party, as well as her 50th birthday bash in 2019 - what we all love is the fact that, in their meeting at the awards, Pitt refused to leave Aniston's hand even as she walked away!