Stand up comedian Kunal Kamra has been barred from flying on IndiGo airlines for a period of six months. His offence was that the comedian heckled Republic TV editor and news anchor Arnab Goswami who was travelling on the same flight as Kunal.

In fact, the comedian's act came to light when he shared the video on his social media pages. Although the video drew mixed reactions from his followers and trolls, the video went viral. 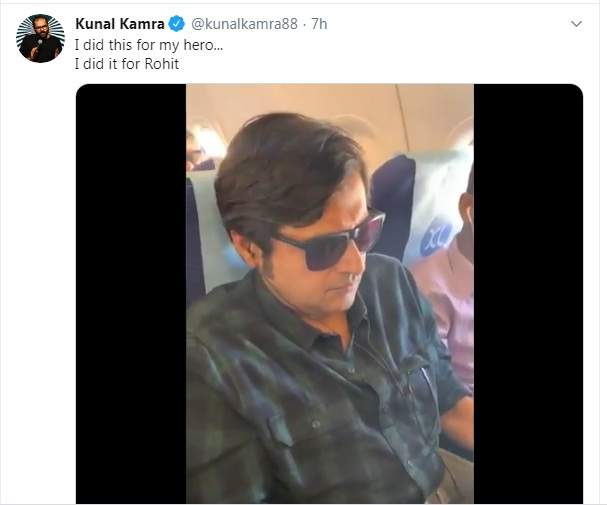 As a reaction to the comedian's behaviour onboard, IndiGo airlines issued a statement on their official Twitter page, saying, "@MoCA_GoI @HardeepSPuri In light of the recent incident on board 6E 5317 from Mumbai to Lucknow, we wish to inform that we are suspending Mr. Kunal Kamra from flying with IndiGo for a period of six months, as his conduct onboard was unacceptable behaviour. 1/2 (sic)."

The airlines further added, "Hereby, we wish to advise our passengers to refrain from indulging in personal slander whilst onboard, as this can potentially compromise the safety of fellow passengers. 2/2 @MoCA_GoI @HardeepSPuri (sic)." Within a few hours, even the National Carrier of India, Air India, issued a statement banning Kunal from taking their flights. The airline posted a statement on their official Twitter page saying, "#FlyAI: In view of the incident onboard @IndiGo6E, Air India wishes to inform that conduct of Person concerned is unacceptable.With a view to discourage such behavior onboard flts, Mr Kunal Kamra is suspended from flying on any Air India flt until further notice. @HardeepSPuri (sic)."

In turn, Kunal has replied to Air India saying, "I had 4kgs excess luggage once, your card machine wasn’t working & I didn’t have cash... He said “Jane do sir” I said “Nahi, aapki airline debt main hai, Main paise de ke jaunga.” I waited till he could figure how to take my money. Acha Sila diya tune mere pyaar ka... (sic)."