Actress Taapsee Pannu feels her upcoming starrer Thappad is reminiscent of her critically-acclaimed 2016 multiplex hit, Pink, which sledgehammered the message that when a woman says no, she means no.

Thappad is directed by Anubhav Sinha, with whom Taapsee has in the past worked in the 2018 film Mulk, and whose last directorial feature, Article 15, because a talking point last year.

The first look poster of the film was released earlier today. 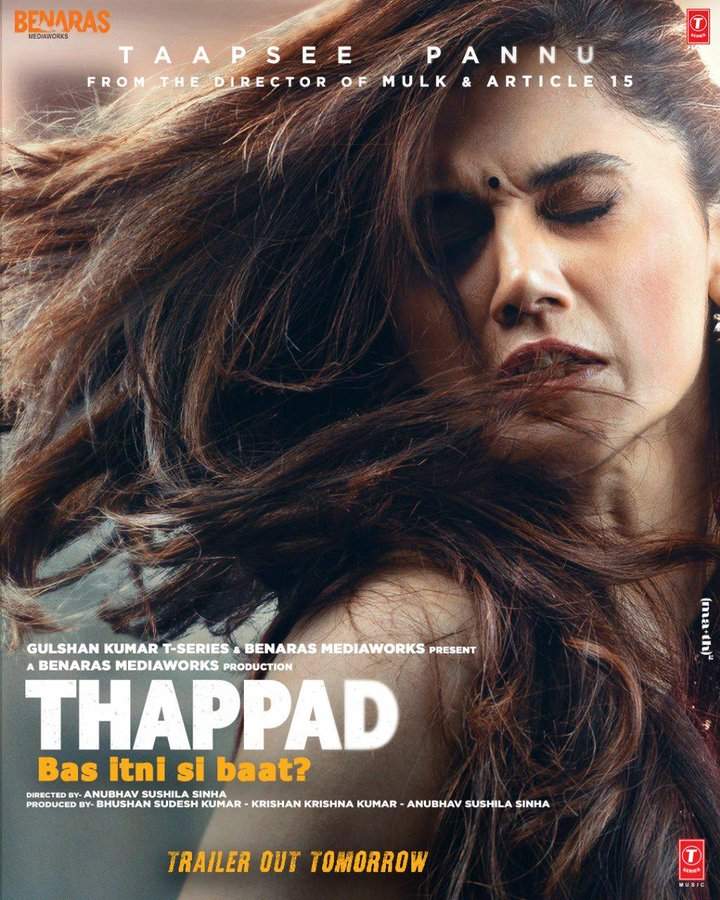 "Working with Anubhav sir is always an enriching experience and he encourages one to push the envelope. When he discussed 'Thappad', I immediately decided this was a film I had to do. It has a thought provoking storyline and deals with a subject which must be addressed in our society.

"To put it in perspective, looking at what we aim to convey with our film, I can say 'Thappad' is this year's 'Pink'," Taapsee said.

"Thappad" also features Dia Mirza and Pavail Gulati. The film is scheduled to release on February 28.