Wishes are pouring in from for Priyanka Chopra Jonas as she turns 38 on Saturday.

Kareena Kapoor Khan has worked with Priyanka on films like Aitraaz, Don, and Ra. One. She posted a throwback picture of two from the sets of Koffee With Karan on Instagram and sent her "hugs from across the globe."

Happy birthday @priyankachopra... May you continue to inspire the world Hugs from across the globe...

Anushka posted a birthday message for the Barfi on her Instagram stories. The actors shared screen space in Zoya Akhtar's 2015 film Dil Dhadakne Do. 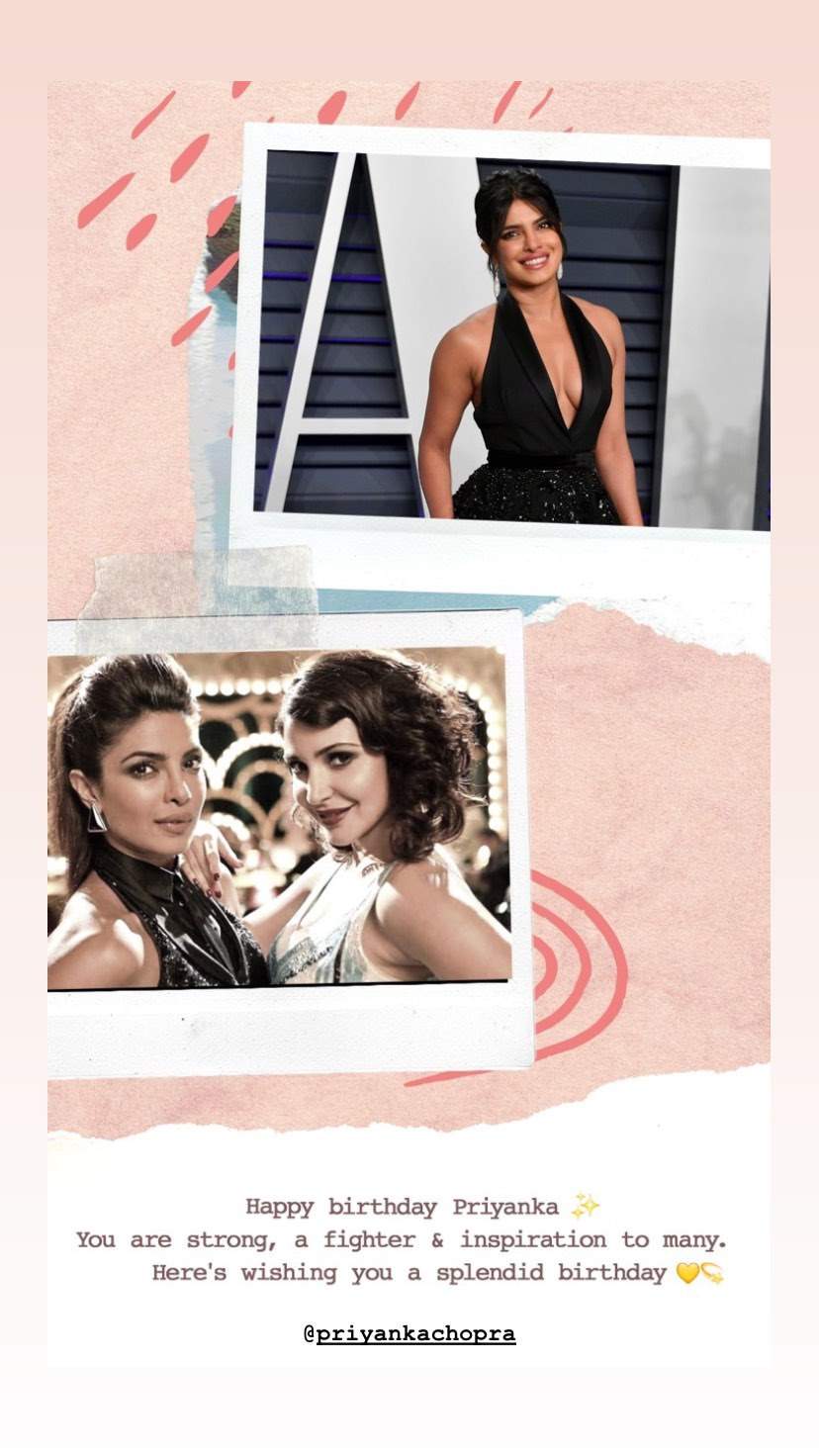 Farhan Akhtar, who co-starred with Chopra on both Dil Dhadakne Do and The Sky is Pink, wished the actor on Twitter.

Happy birthday @priyankachopra .. may your sky always be the colour you choose .. big hug. pic.twitter.com/enDM5LP2dO

Sonam Kapoor Ahuja posted two pictures of herself with Jonas from an award function. 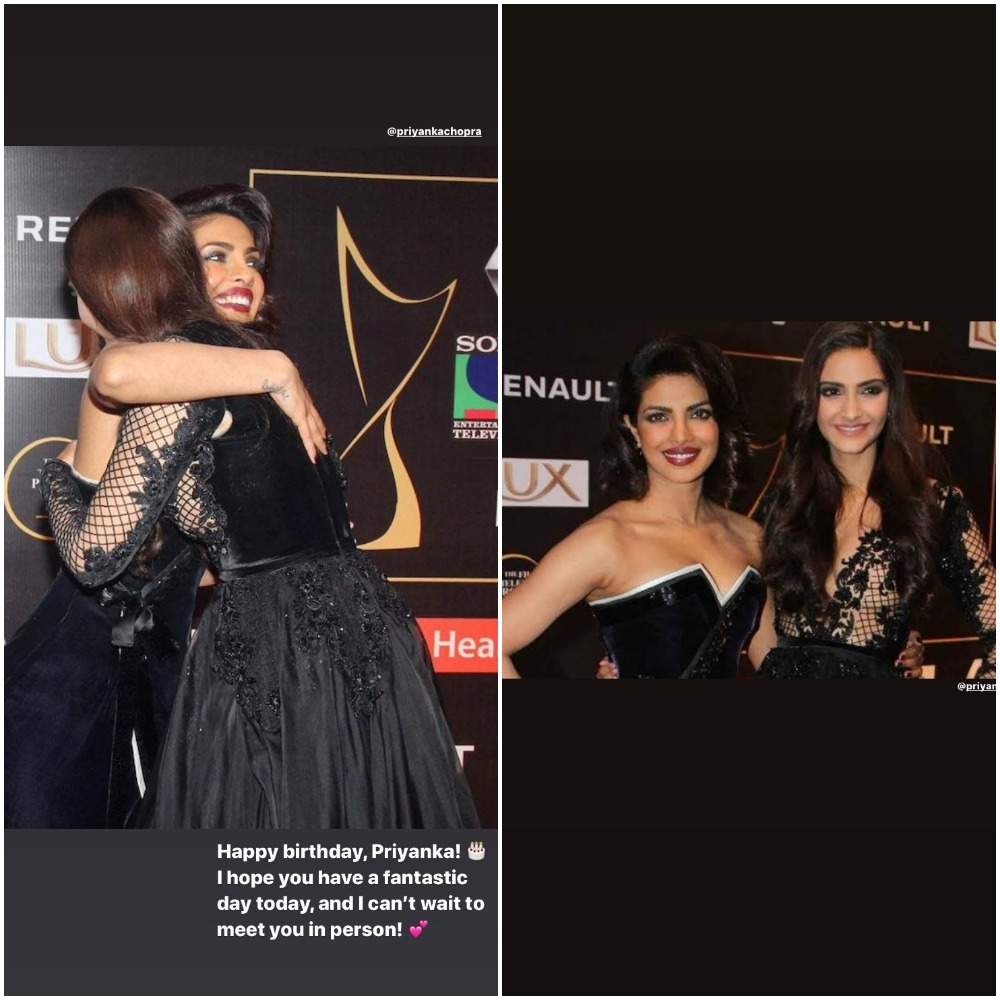 Fashion designer Manish Malhotra shared his picture of Priyanka from a BTS at one of his fashion shows, along with a sweet note.

Birthday Girl @priyankachopra in the fabulous the Desi Girl Song and the saree which became supremely popular .. from the many movies we did together #Dostana was my most favourite and her glamorous styled look turned out to be the best in this film and this Song and Saree still remains popular. I had worked with her in her first film Andaz and then came Dostana and it was so exciting working on a look which was Miami based and styling clothes and shopping endlessly in the day and constructing the clothes all night. I had actually picked up 2 gold swimsuits to make it into one so that we can get a different design. When we came to this song We wanted to do something different since we had already done the glamorous gold swim suit. So we decided to do a silver saree, it had a silver sequinned fitted skirt underneath, I did this because I wanted the shimmer to come through the chiffon saree draped around which gave us a very metallic sheen effect. #magical #movies #priyankachopra #bollywood #memories #memoriesforlife #30yearsofcostumedesigning

Fashion designer Masaba Gupta posted a picture of Priyanka Chopra in one of her sari creations with a note.

*Long post coming up cos I feel like it* I absolutely love @priyankachopra - I love the grit,the unapologetic ambition & the incredible ways she finds to raise the bar...one that she set for herself. I not only love her,I am also constantly shocked by her..she has this way of making you jump out of bed & put yourself to good use,no matter how you’re feeling or infact no matter what someone else is feeling about you. To say I am inspired by her would be an understatement because I follow her like no one else,I’m always trying to see life & decisions in the way she would have because there is such courage,hard-work & compassion in all that she does. There’s nobody I’ve ever wanted to be like except her - in the way I see the world & opportunity. In the fact that I can be so deeply rooted to where I come from,but never let that stop me from reaching far & beyond. But what I really wanted to say was Happy Birthday - I love your story & I’m going to tell it every chance I get fun fact : I wasnt sure if doing a Netflix show & making a gutsy acting debut at 31