Sensitivity towards the audience isn’t too much of an ask: Prasoon Joshi

A lyricist, screenwriter, poet, marketer, and presently the Chairman of the Central Board of Film Certification. Prasoon Joshi is someone who wears multiple hats. Though involved in cinema for more than a decade, he isn’t someone entrenched in the industry. How does he see the present-day Bollywood, and its various problems? “It is important to understand that the film industry is a world of its own. The entire system is chaotic,” said Prasoon in a chat hosted by Prabhu Chawla, the Editorial Director of The New Indian Express, and senior journalist Kaveree Bamzai. This interview was arranged as part of Express Expressions, a series of webinars organised by The New Indian Express group.

Weighing in on the raging nepotism debate, Prasoon said, “We have to understand the ecosystem first. You can’t just show the example of an exceptional talent getting it all in Bollywood—not till your weakest link feels supported. Bollywood should create the belief that it is a system where success can be designed,” said Prasoon, adding, “During success, everyone is there for an outsider. Only in a time of crisis do these people have no support system.”

Going on to comment on the growing disconnect between Hindi cinema and reality, he said, “It began when Hindi cinema stopped adapting stories from literature. Nowadays, stories are weaved out of a fantasy and are not rooted,” said the National Award-winner, who admitted that there will always be space for escapist films. “But now, we see people getting comfortable with their real life. Not everyone needs that flight of fantasy.”

He wished for content creators to look ahead. “There is no dearth of content today. Cinema has to evolve to satiate the multiple needs of a variety of people. More importantly, I don't think creative art should be this closely connected to commerce.”

Talking about his work as the chairman of the CBFC, Prasoon expressed pride in ensuring that a dialogue was created to strike a balance between creative freedom and people’s sensibilities. “Before being involved with CBFC,  I didn't see artistic work from this vantage point. Let me give you a simple analogy: A river might be calm for the one on the river bank but it is aggressive for the ones swimming against the tide.” Prasoon added that he believed in the law of the land and despite there being no censors for OTT and small-screen content, he said it is imperative that there is a code of conduct. ”More than controls or regulation, accountability is more important. Sensitivity towards the audience isn't too much of an ask.”

Prasoon shared that he kept himself busy during the lockdown by writing songs, penning poems for motivational campaigns and realising the all-encompassing power of nature. “The collective weight of all the viruses present in the world is less than 1 gram. It has changed the entire world. This is nature telling us who’s the boss.” 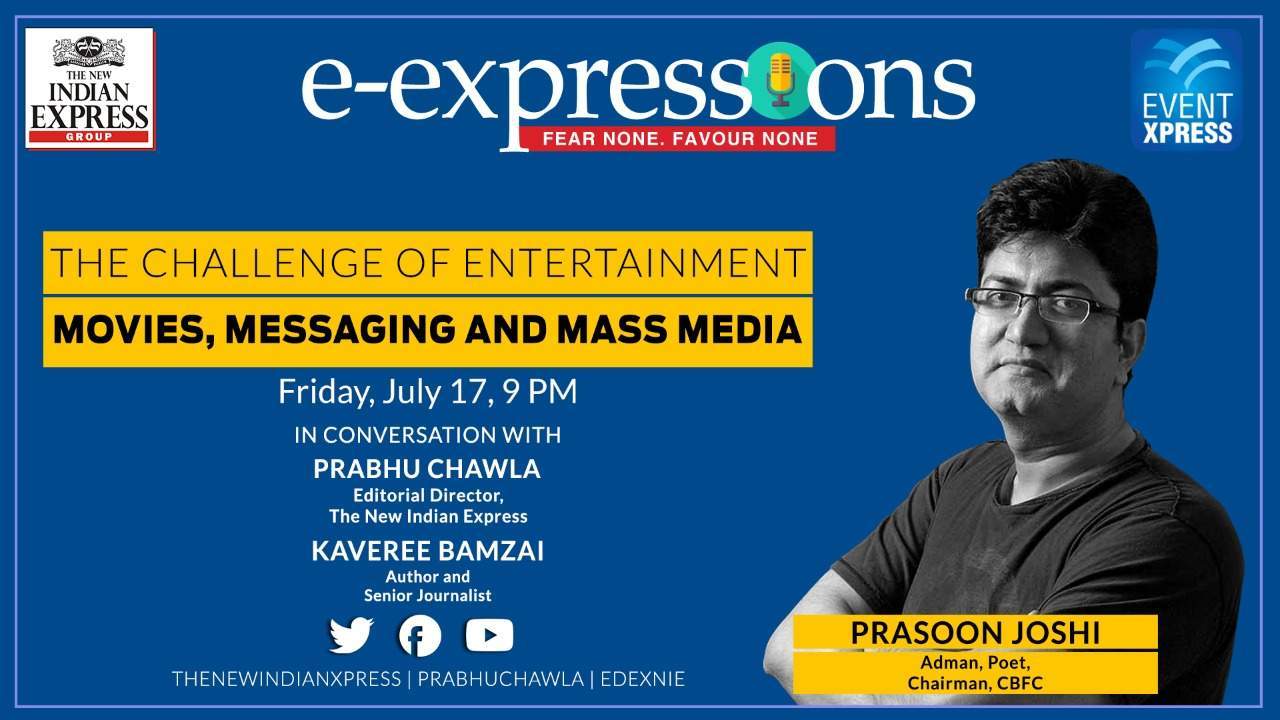