Reports: Actor Saif Ali Khan will shift to a new home soon with his family

Actor Saif Ali Khan, his wife actress Kareena Kapoor Khan and son Taimur Ali Khan will soon be shifting to a new home. As per reports, the actor who is overseeing the renovation work at the new apartment has confirmed shifting soon.

The new apartment is opposite the current flat which Saif plans to rent out once they shift. The actor who has often been spotted outside his house during the ongoing lockdown in Mumbai has said in an interview to a daily, "Our new home is being renovated, which is why I hop across to see how things are coming along and not because I feel cooped in." Otherwise, the actor who has been staying home is spending some quality time with his family. 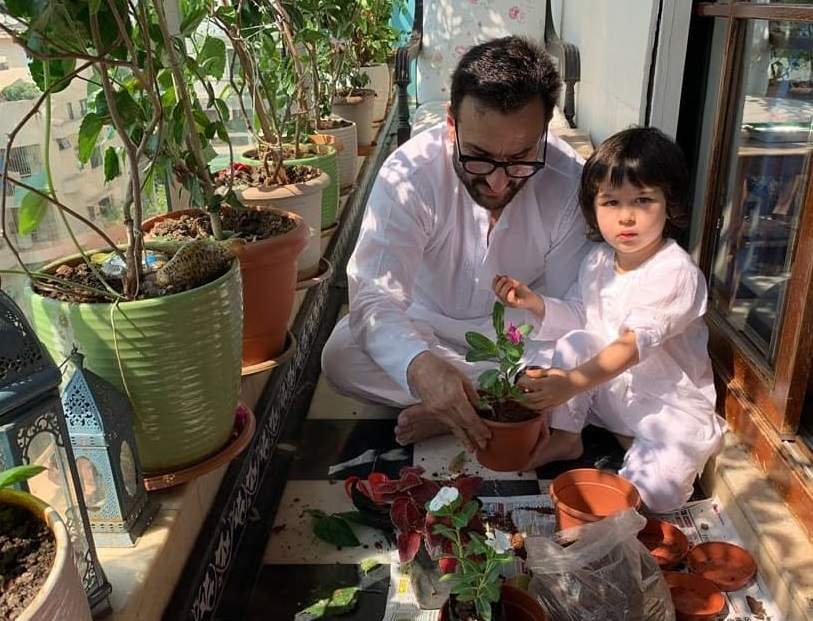 Kareen has been posting images of Saif and son Taimur having a good time, playing, painting and gardening at home, while she has been actively working out.

Saif has to still shoot some portions the Bunty Aur Babli sequel. He is likely to begin the shoot for Bhoot Police in August.