Filmmaker Anand Gandhi on Tuesday posted on his official Instagram account @memewala, a Eulogy for his friend Sushant Singh Rajput. Sushant who died on Sunday allegedly took the extreme step of hanging himself because he was going through depression for quite some time.

Anand posted this Eulogy with a video of Sushant in which the late actor looks happy. It reads, "Sushant. "Last seen Sun at 9:15 AM." His unchanging Whatsapp status still declares on my phone - an epitaph etched onto a binary stone - more tenacious than granite, as fragile as memory. "Time is but a stubborn illusion, brother." He would have invoked his relativist hero, part in jest, part in romance, just to inspire an argument from me. "You don't actually buy into unprovable useless mumbo-jumbo like nth level simulation, do you?" I would have fallen for it. His smile would widen ear to ear and his eyes pierce through me as he would beam at me. "No." Gotcha! "Par dil ko khush rakhne ko Ghalib yeh khayal acchha hai (But it's a pleasant idea to cheer the heart.)" (Running out of space here - read the entire text in my stories).

The filmmaker posted the rest of the eulogy on his Insta stories, excerpts below: 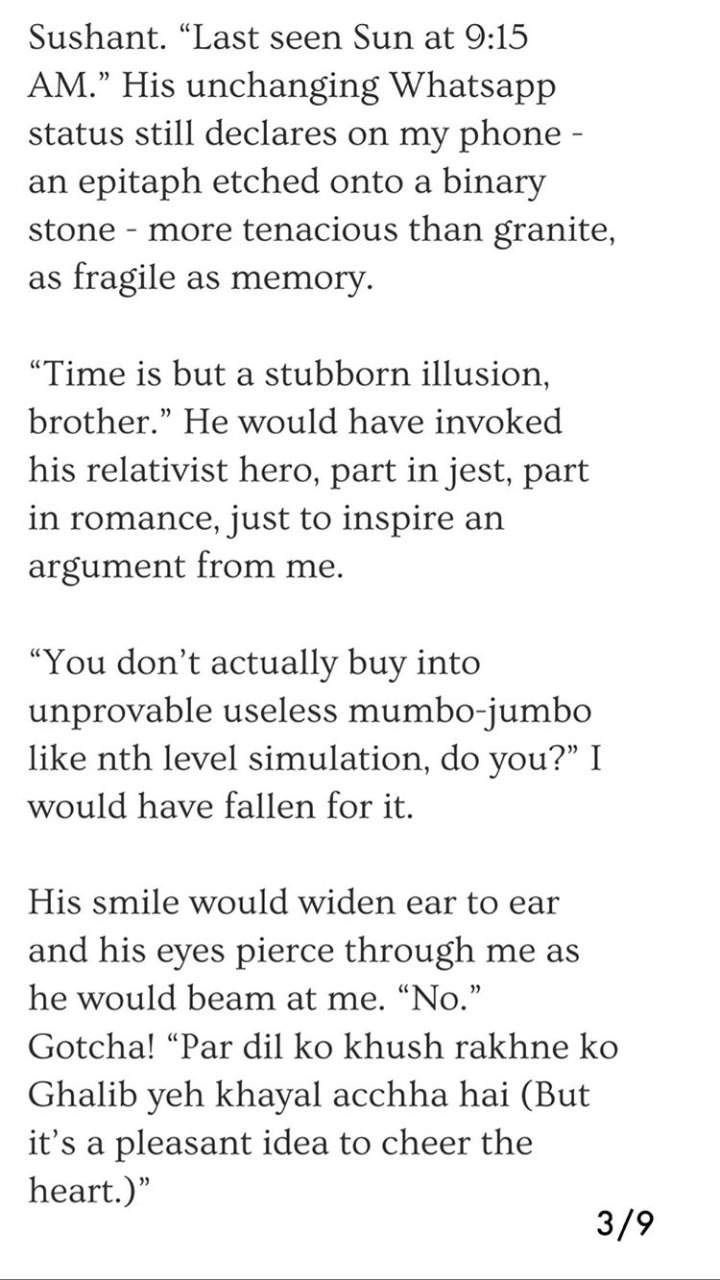 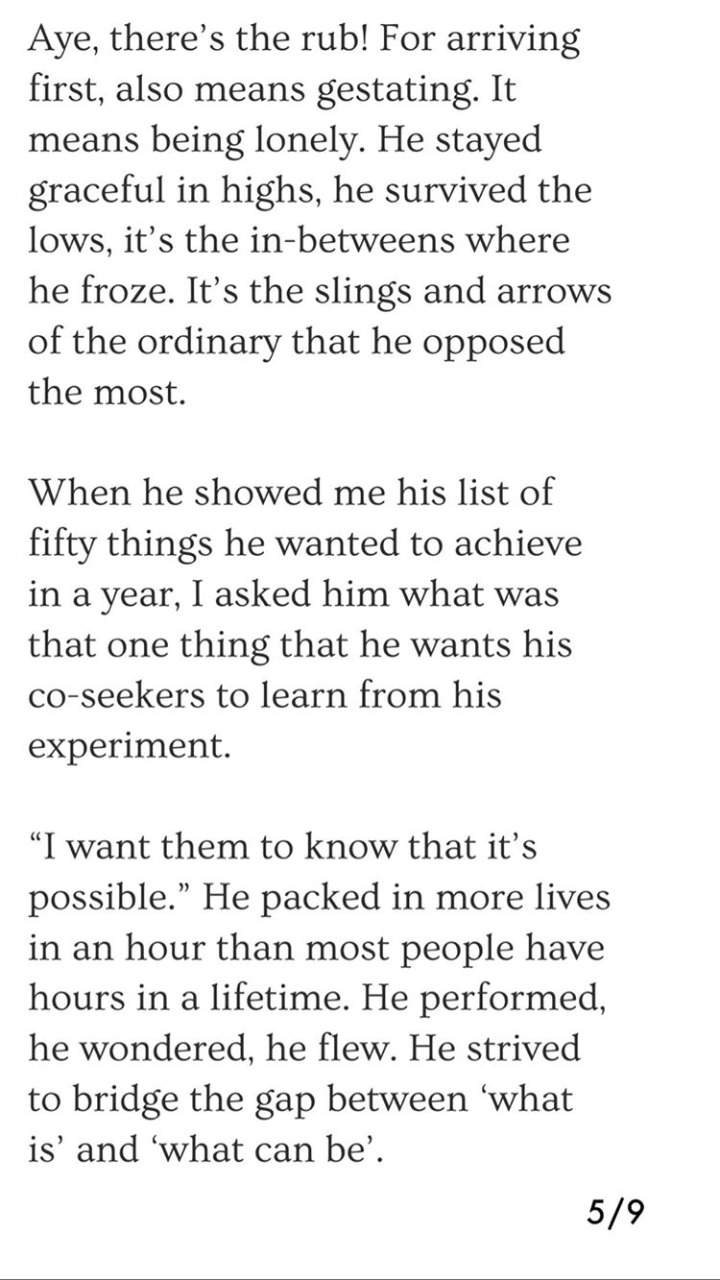 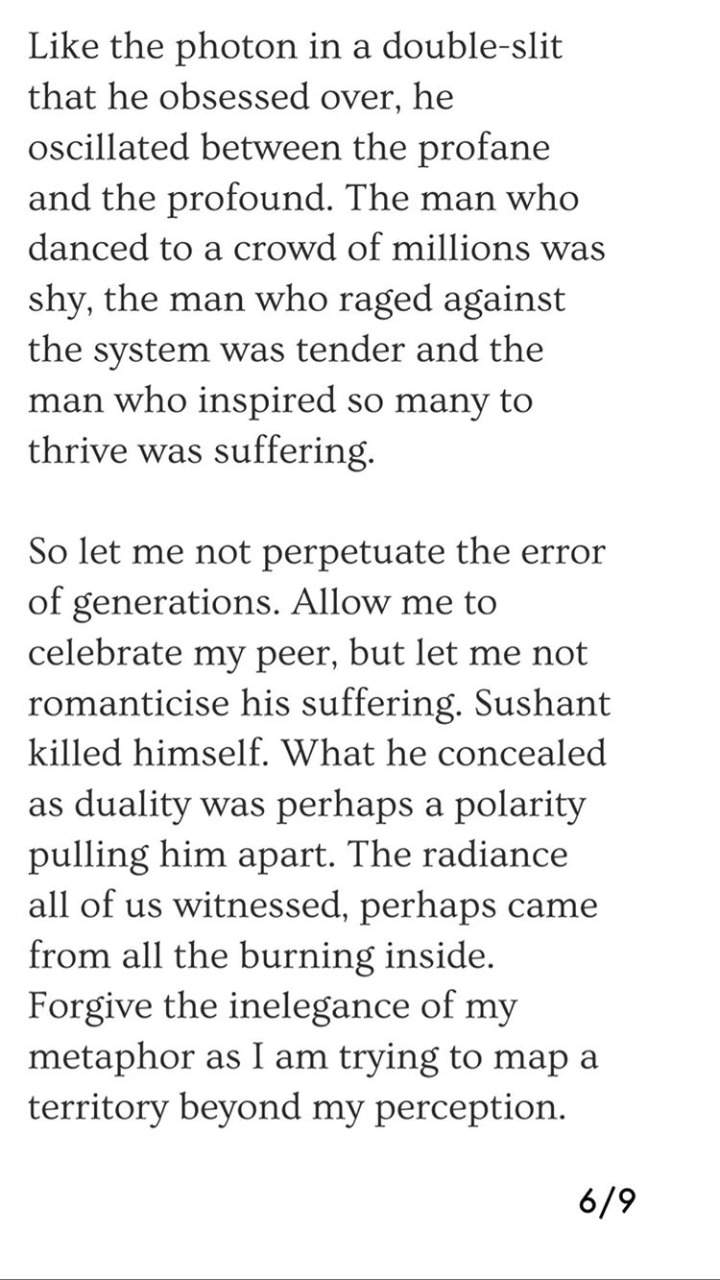 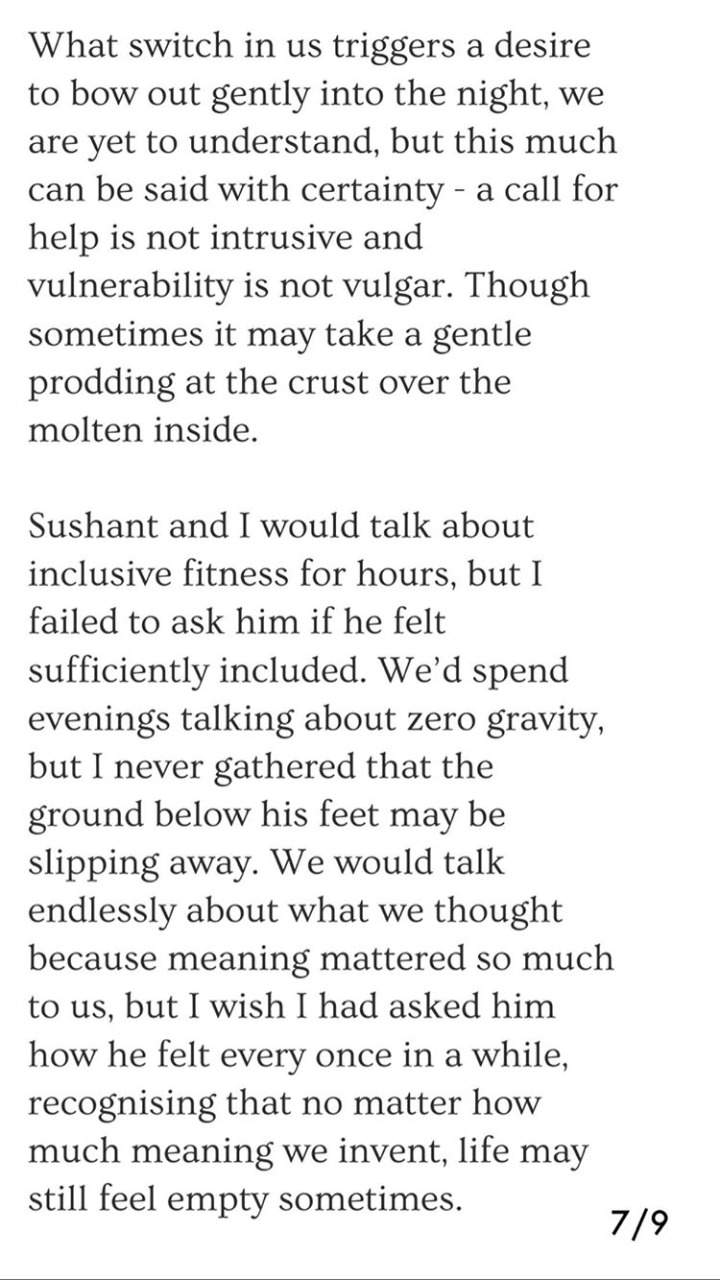 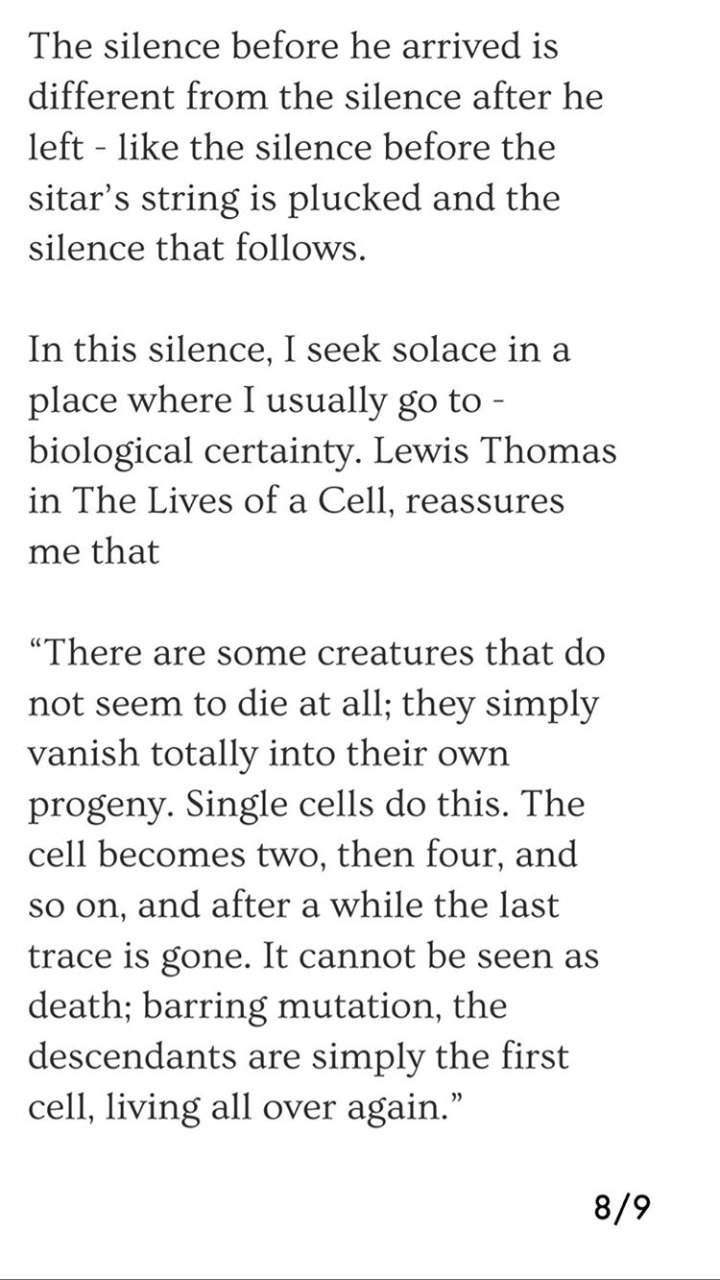 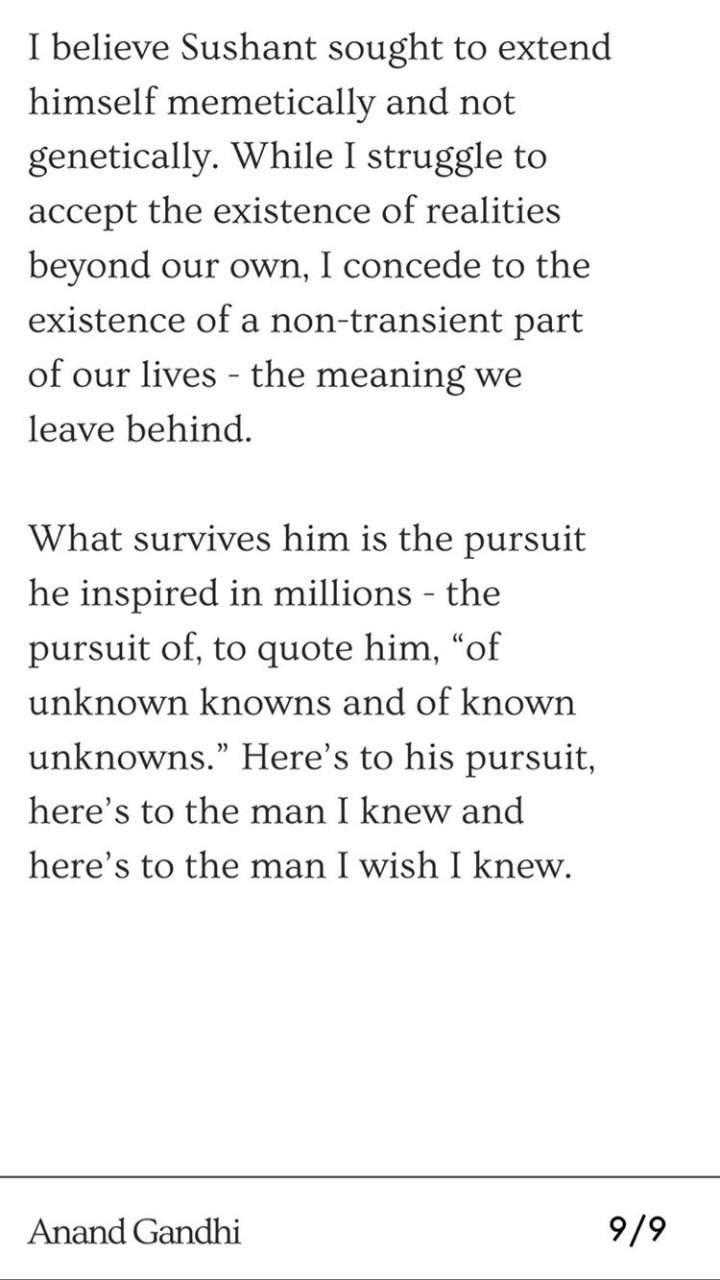 On Monday too, Anand had posted a video of Sushant, with the caption, "My dear friend. You made the future comprehensible and the past malleable. My self expanded with you. I felt understood by you. I wish I had said this to you more often. I needed you."