The news of Sushant Singh Rajput’s suicide was followed by criticism against many individuals in the film industry, blaming them of the 34-year-old actor’s untimely death. Salman Khan’s name was among them, landing the Bhai of Bollywood into yet another controversy.

The Dabangg actor, however, received support from Federation of Western India Cine Employees, who in a letter with the subject ‘FWICE Stands with solidarity in your support’ made it clear that they stand with Khan. The letter that begins with highlighting Khan’s generous acts towards the members of the organisation with his Being Human Foundation states, “The kindness and thoughtfulness that has been showered by you on our members through Being Human Foundation has enabled our workers to survive with dignity in this trying period and are feeding their families with a little ease.” 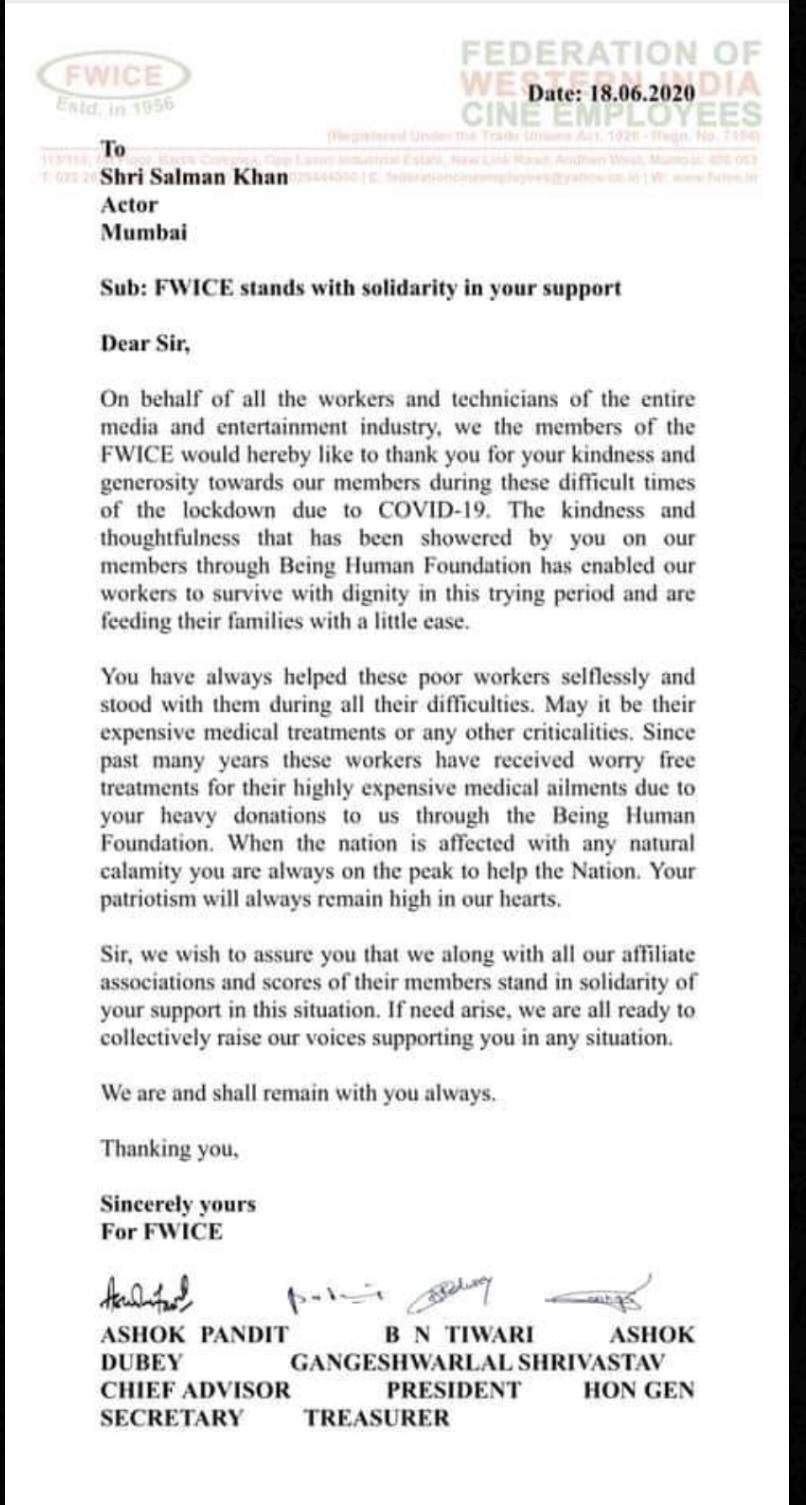 The letter further lauds the actor’s patriotism and ends with, “Sir, we wish to assure you that we along with all our affiliate associations and scores of their members stand in solidarity of your support in this situation. If the need arises, we are all ready to collectively raise our voices supporting you in any situation.”

Earlier this week, filmmaker Abhinav Kashyap appealed to the government for a detailed investigation into Sushant’s suicide in a lengthy letter, naming names. Criminal complaints were filed against Salman, Karan Johar, Ekta Kapoor in Bihar’s court.