Singer Justin Bieber who has been accused of sexually assaulting a woman in 2014, defended himself claiming that the alleged incident nerve happened. Attempting to vindicate himself, the singer provided evidence in the form of receipts, emails, social media and press reports.

According to a report, a woman posted from an anonymous Twitter account over the weekend, claiming that the alleged assault happened at a Four Seasons hotel in Austin, Texas, on March 9, 2014. 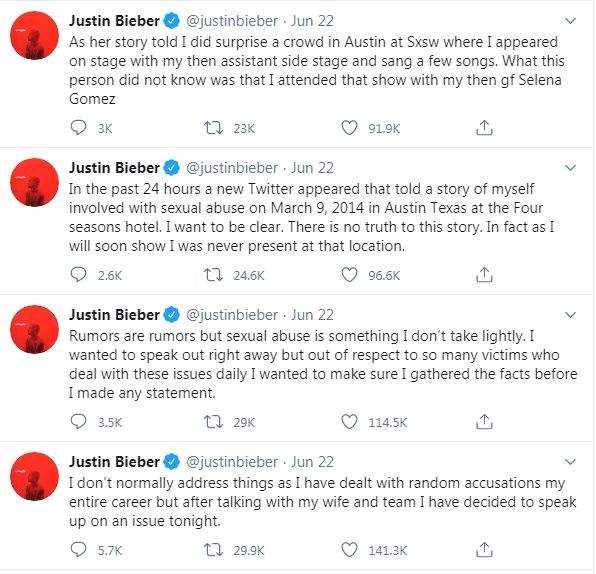 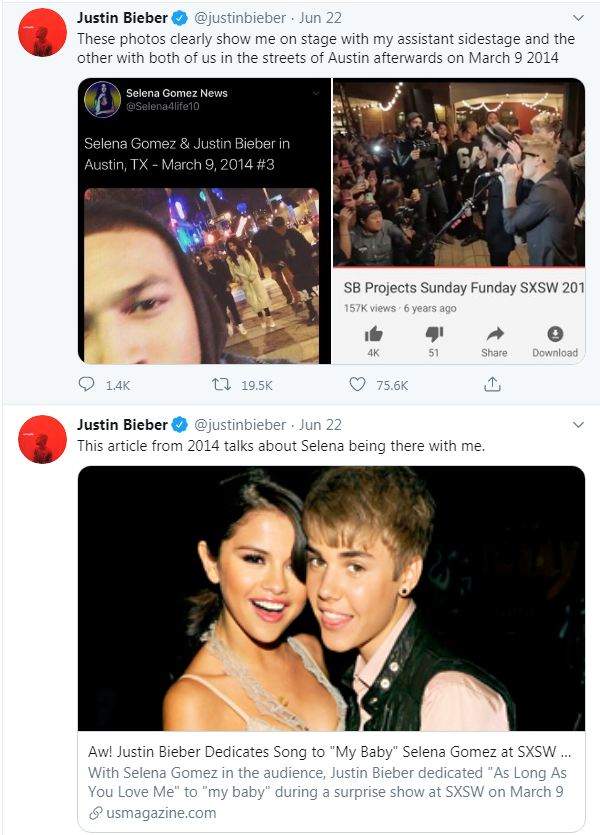 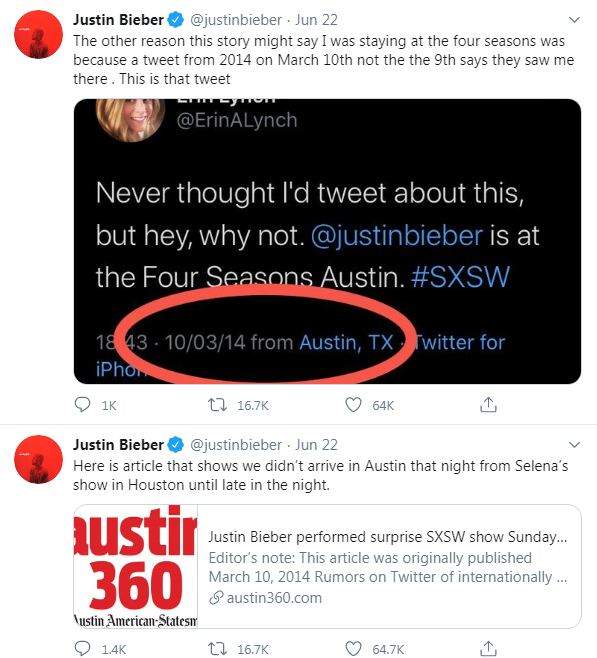 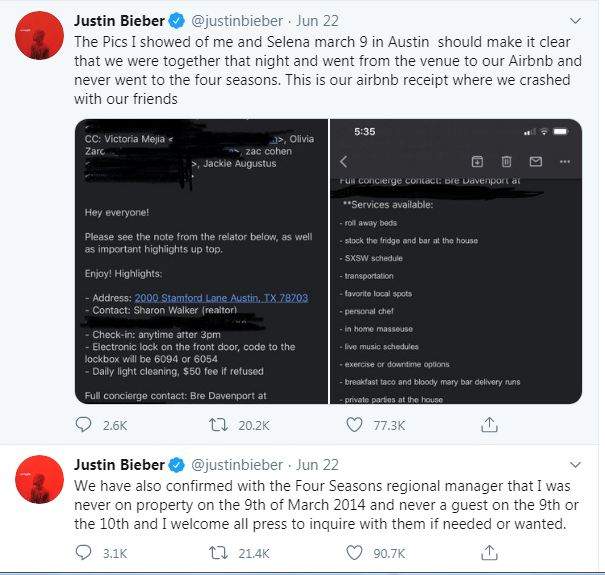 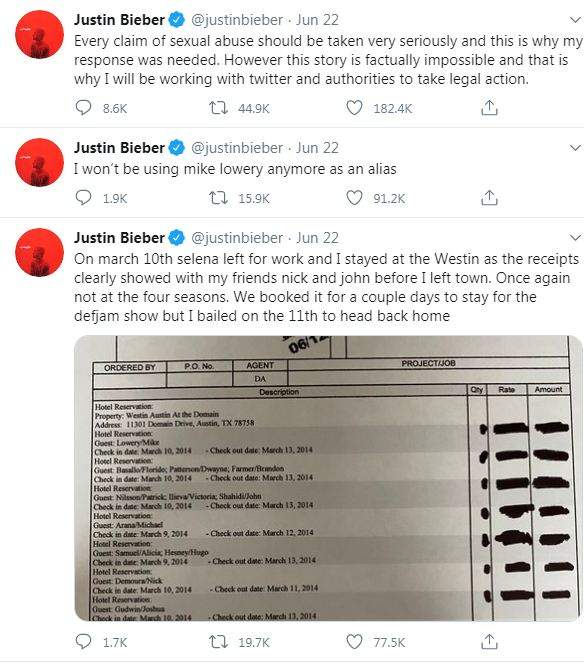 “I don’t normally address things as I have dealt with random accusations my entire career but after talking with my wife and team I have decided to speak up on an issue tonight,” he wrote on Twitter on Sunday addressing the claims in the now-deleted tweets.

“Rumors are rumors but sexual abuse is something I don’t take lightly. I wanted to speak out right away but out of respect to so many victims who deal with these issues daily I wanted to make sure I gathered the facts before I made any statement,” Bieber added.

The 26-year-old singer said “there is no truth to this story” and shared the emails, receipts and articles showing he stayed at an Airbnb on the night of the alleged assault and at a Westin hotel the next night.

He further said that though it is impossible that the alleged incident took place, he believes every sexual assault claim should be taken seriously. “Every claim of sexual abuse should be taken very seriously and this is why my response was needed. However this story is factually impossible and that is why I will be working with twitter and authorities to take legal action,” he said.