Jimmy Sheirgill: 'Web-series allow you to live your character'

AFTER MAKING HIS digital debut with Rangbaaz Phirse where he was seen playing the role of a gangster, Jimmy Sheirgill is back on the digital platform but in the avatar of a reputed judge in SonyLIV’s first original, Your Honor.

The crime thriller sees him playing the role of an ambitious district judge Bhishan Khosla and a single parent to a teenager, who is involved in a hit-and-run accident. While Khosla is a man of principles, he is also a devoted father, and the series explores how the judge will deliver justice when his own son is involved.

“During the promotions of Happy Phirr Bhaag Jayegi, E Niwas and I had met during a lunch or tea break and he had told me about the riginal Israeli series, Kvodo, and it sounded great to me. Later, he sent me a 400-page long script, which was very well-written. We had a long chat afterwards and I told him that I loved it,” he recounts, on how the project happened and admits that the script is the most important thing to him while he is choosing a project. But what does he look for in a script? “I don’t look for anything and I don’t even want to know anything about the script. Just hand it over to me, let me read it like an audience and see how much it affects me, and then we can do the narrations or discussions,” informs Sheirgill, while admitting having around 30-40 scripts at his home at any given point, including many by young writers, who are looking for a break in the industry. 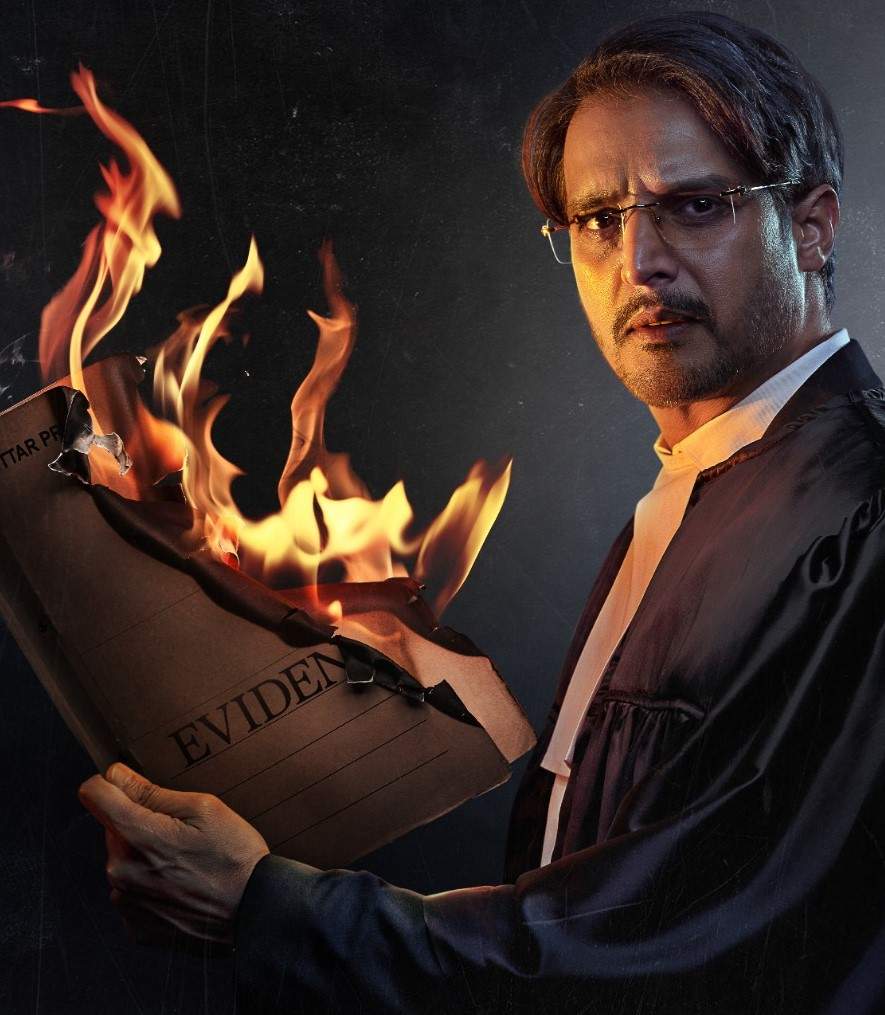 The 49-year-old actor, who charmed the audience with his performance in Tanu Weds Manu, Saheb Biwi Aur Gangster, Special 26 among others, cherishes indulging in his craft and is glad that the web-series allows one to do so. “With a two-hour-long film, you get an hour of screen space if you are the lead actor and anywhere between five to ten minutes if you have a supporting role. But, a web-series has around 8-10 episodes, and another season if needed. It allows you to live the character. You can layer the character, add emotions and that’s the beauty of this medium. And, not just the actor but the writer and the director also get that much space to layer their work,” shares Sheirgill and immediately adds that the platform is still in its nascent stage when it comes to the Indian market. “People are still scared that the show might appear slow and are consciously trying to make it fast-paced and therefore edit it like a movie. But, if you watch the best series, you will realise that the beauty of this platform is that it can have a scene without any dialogue and yet hold the audience’s attention with the expressions of the actors. It will happen eventually, it is yet to settle in fully.”

This is his first piece of work coming out in the lockdown. When asked how he found the lockdown period, Sheirgill, who made his acting debut with Gulzaar’s Maachis and swears by his advice that there is nothing worse than sitting at home for an actor, says, “The first few weeks were like a holiday. I would sleep and wake up as I desired. But after a few weeks, I told myself that I don't want this holiday right now and pushed myself to get back into the routine — waking up early, doing yoga, spending a little time in the sun… Honestly, the lockdown made me more disciplined. But, there was another side of this lockdown. It was sad that I couldn’t bid farewell to people I had worked with… Sushant Singh Rajput’s passing away was a big jolt. He was young and was doing so well… We have kids and so we understand the emotion that just shocks you out of your bones.”

Quick Five
♦ A role you wish to do next: Something light-hearted and fun
♦ Three series you would recommend: Money Heist, Narcos and Breaking Bad
♦ A piece of advice that shaped you: Gulzaar Sahan told me that never let the fate of a film become your fate, whether it is a big success or a big flop.
♦ A food item you can have every day for the rest of your life: Rajma Chawal or Saag with Makki ki Roti.
♦ A book that you would recommend to people: I just started reading Amish Tripathi’s books. I thought I knew a lot about mythology but I am learning so many things, and I am thoroughly enjoying it.