Days after Sushant Singh Rajput died by suicide, his family issued an official statement. Referring to him by his pet name ‘Gulshan’, the statement describes him as ‘free-spirited, talkative and incredibly bright’.

"He was curious about just everything. He dreamed without restraints, and chased those dreams with the heart of a lion. He smiled generously. He was the pride and inspiration of the family. His telescope was his most prized possession, through which he fondly gazed at the stars. We can’t bring ourselves to accept that we wouldn’t get to hear his easy laughs anymore. That we wouldn’t see his sparkling eyes again. That we wouldn’t hear his endless rants about science again. His loss has created a permanent, glaring void in the family that will never be filled. He truly loved and cherished every single one of his fans. We thank you all for showering our Gulshan with so much love," reads the statement.

The family has also decided to set up a foundation in his name and to turn his childhood home in Patna into a memorial.

"To honour his memory and legacy, the family has decided to set up Sushant Singh Rajput Foundation (SSRF) to support young talents in areas close to his heart — cinema, science and sports. His childhood home in Rajiv Nagar, Patna will be turned into a memorial. We will put his personal memorabilia and belongings there, that include thousands of books, his telescope, flight-simulator etc, for his fans and admirers," states the official statement while adding that his social media accounts will be turned into legacy accounts to keep his memories alive. "From now on, we intend to maintain his Instagram, Twitter and Facebook page as legacy accounts to keep his memories alive." 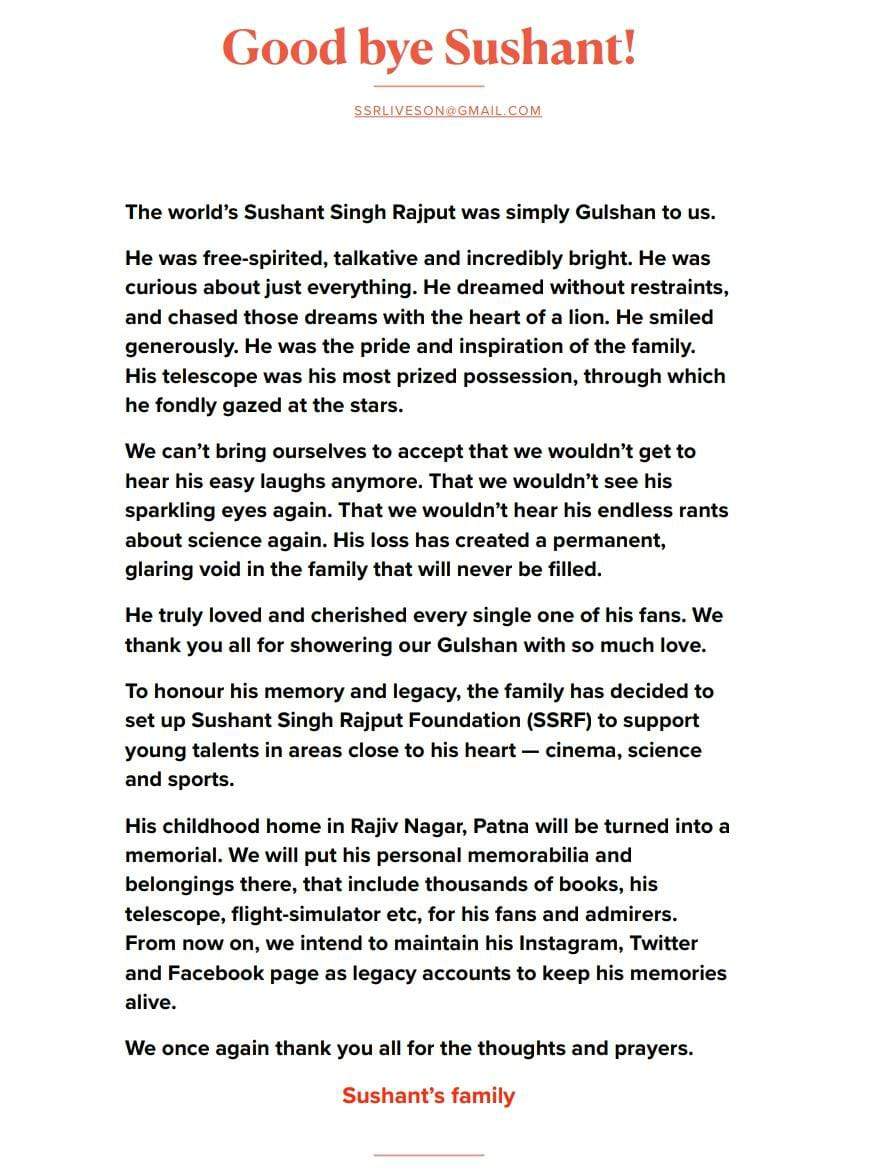