Actress Bhumi Pednekar has kept her fans engaged through her Instagram page during this lockdown period. On Thursday, the actress posted an update, pledging support to an initiative to help daily wage earners. The actress captioned the image saying, "We need to come together as a nation and community to help the ones that are in need and are more vulnerable than us. Our daily wage workers need our support . I pledge to contribute in (sic) this initiative - link in bio @my_bmc @artofliving #istandwithhumanity #stayhomestaysafe #indiafightscorona." 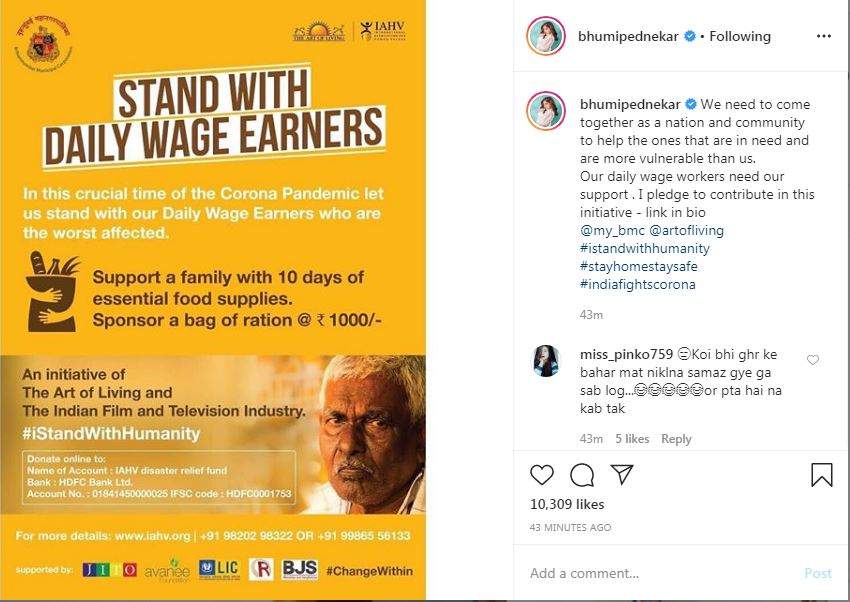 Earlier this week, the actress took to Instagram stories to answer queries from her fans and followers. One of them asked her who named her and why and Bhumi shared it was her father, Satish Pednekar, who named her. She said her father hoped that she would become more nurturing and inclusive, just like planet earth. Bhumi also said she misses her father every day. As per reports, the actress' father, Satish Pednekar passed away on March 24, 2011. 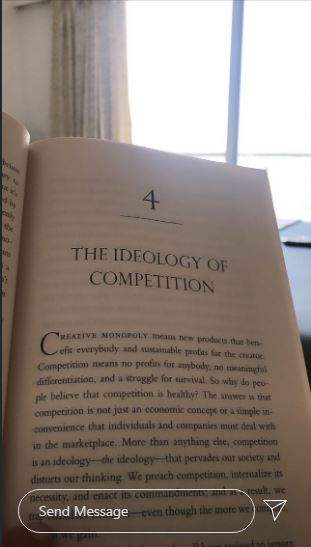 The Dum Laga Ke Haisha actress is also reading quite a bit during this downtime. She posted images on her Instagram stories of the two books she is currently reading. The first book is Zero to One by Peter Thiel and Blake Masters. This is a read for aspiring entrepreneurs. 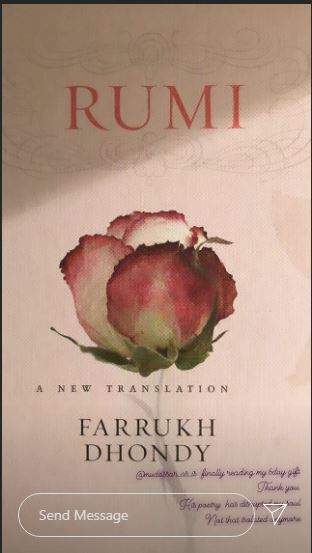 Between entrepreneurship lessons from this book, the actress is finding inspiration in Rumi's poems, from a book titled Rumi A New Translation from Farrukh Dhondy.