In an interesting free-flowing conversation during #ASKSRK initiated on Twitter by the actor, a fan asked if the superstar is thinking of selling Mannat.

The response by Shahrukh Khan, who is known for his witty and tongue-in-cheek humour, as usual, is winning hearts. Here’s the screenshot of the conversation. 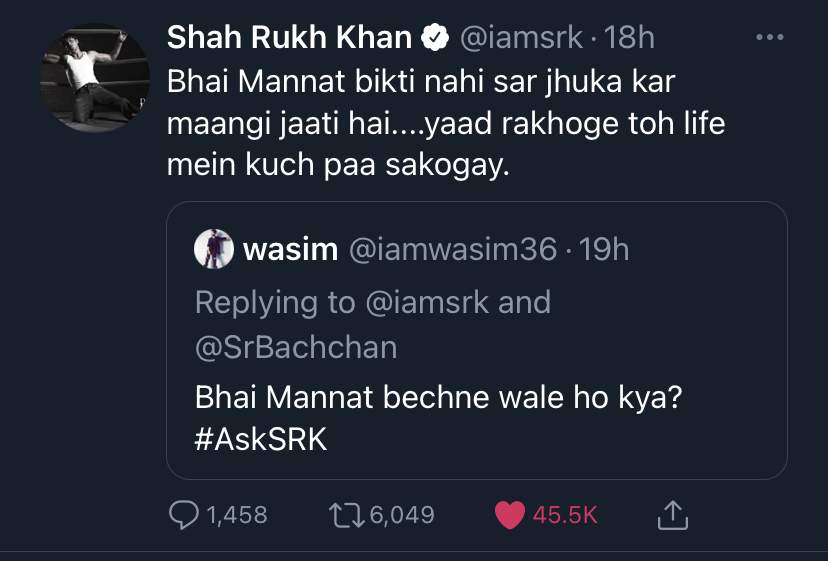 Last evening SRK started #ASKSRk on the mini-blogging site and as expected he was bombarded with thousands of questions that ranged from not just his personal life but professional life as well.

Some of the interesting questions that SRK was asked included, ‘On 29 years of SRK and Gauri, what did the superstar give his wife?’ SRK’s reply was, “What gift can I give to the biggest gift in my life.” This reply fetched 11.4 k likes.

There were questions for his team KKR as well and some also included asking for tips to propose a girl. One fan even wanted to give him a rose to which the actor accepted.