Congress leader in Karnataka Kavitha Reddy has apologised to Kannada actress Samyuktha Hegde for her behaviour with the latter in a park on Saturday.

Reddy posted a video message on her Twitter account and wrote, "I have always opposed Moral Policing. I realize that my actions were construed as such. An argument ended up in me reacting aggressively as well, it was a mistake. As a responsible citizen n progressive woman, I own up to n sincerely apologise to @SamyukthaHegde n her Friends!" 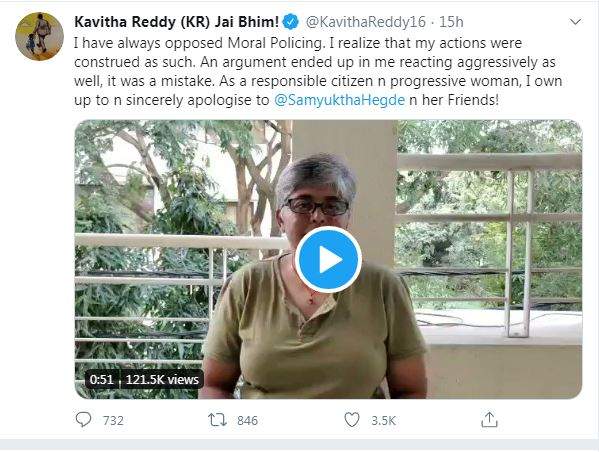 Samyuktha and her friends were working out at the Agara Park in Bengaluru and were assaulted by Reddy. The actress alleged that the Congress leader had an issue with Samyuktha's attire - she was wearing a sports bra and track pants while hula hooping. However, Reddy had countered the claim saying she objected the loud music being played by the actress and her friends and had no issue with what they wore.

The Congress leader also sent a written apology to the actress, and Samyuktha took to social media to share the letter. 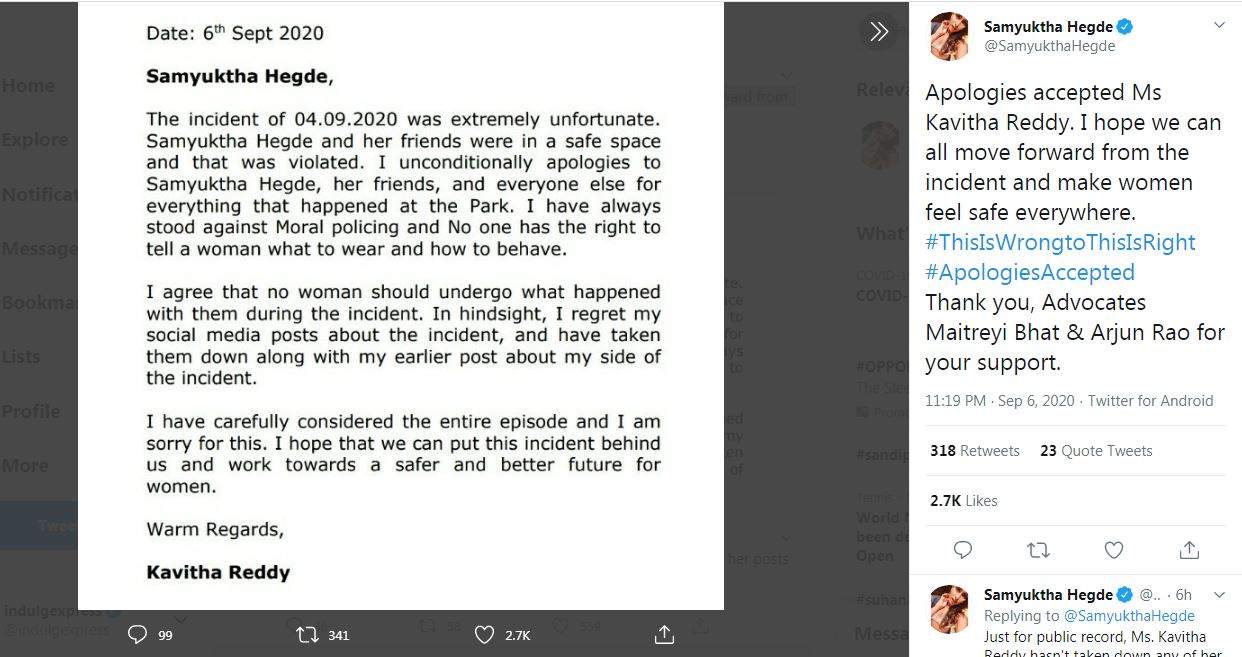 The actress wrote, "Apologies accepted Ms Kavitha Reddy. I hope we can all move forward from the incident and make women feel safe everywhere. #ThisIsWrongtoThisIsRight #ApologiesAccepted Thank you, Advocates Maitreyi Bhat & Arjun Rao for your support."