BREAKING: SP Balasubrahmanyam is no more

Legendary playback singer SP Balasubrahmanyam has passed away. The 74-year-old breathed his last at a private hospital in Chennai at 1.04 pm.

After testing positive for COVID-19, the singer was hospitalised in the month of August at MGM Healthcare. Although reports said that he was doing well initially, his health deteriorated and was put on a ventilator and ECMO support.

Later on September 4, he tested negative for COVID-19 but continued to be on a ventilator.

Popularly known as SPB, Balasubrahmanyam made his singing début in 1966 with Telugu movie Sri Sri Sri Maryada Ramanna. He has sung over 40,000 songs in as many as 16 languages including Telugu, Tamil, Malayalam, Kannada, and Hindi.

Having also acted in a few movies, Balasubrahmanyam has also worked as a voice-over artist for actor Kamal Hassan, whenever the actor's Tamil movies were dubbed in Telugu. He has won six national awards.

SPB is survived by his wife, a son and a daughter. 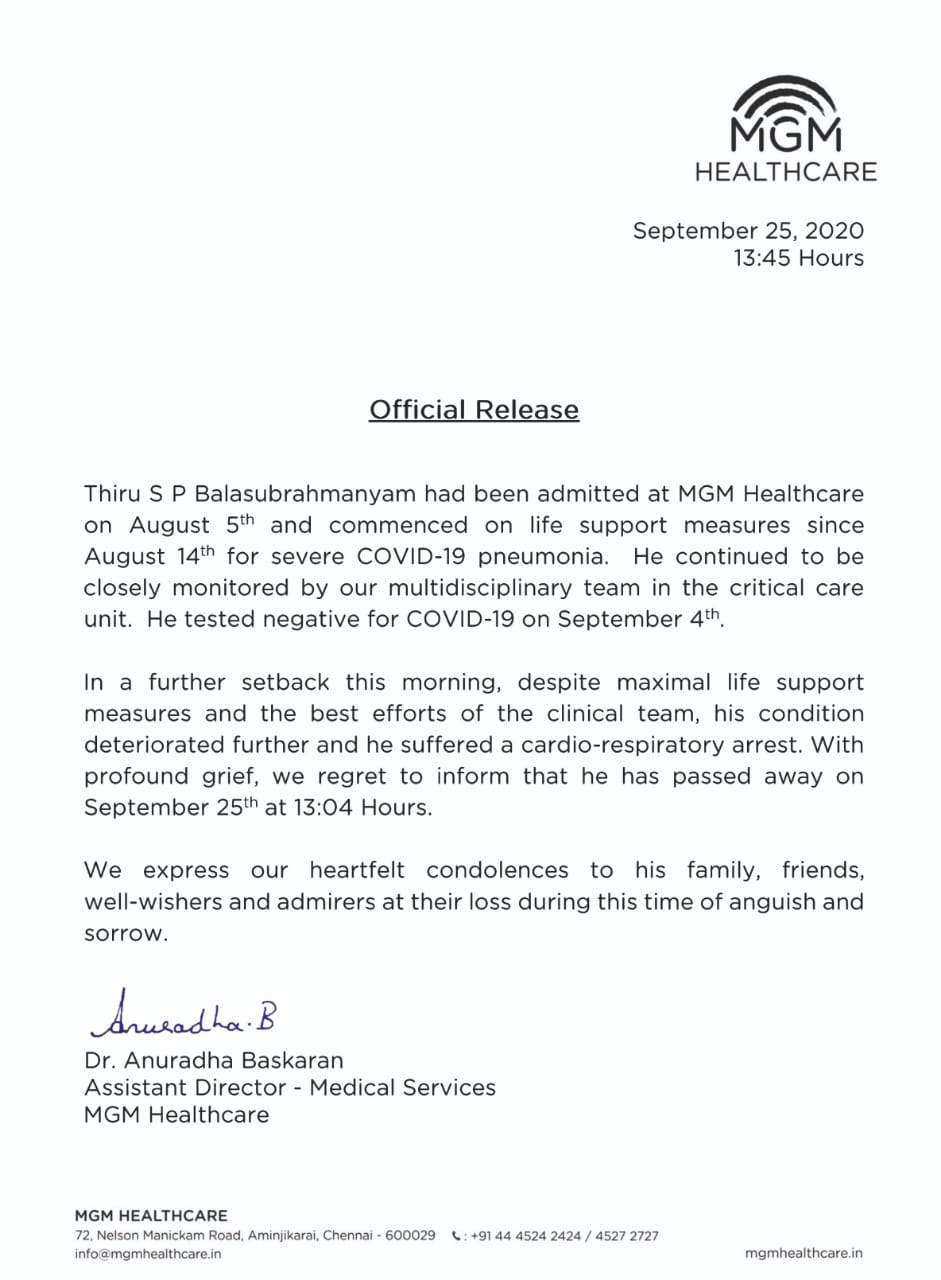