Sandalwood mourns the death of SPB; Puneeth Rajkumar, Kichcha Sudeep, and others express their condolences

Playback singer SP Balasubrahmanyam passed away on Friday in Chennai. SPB as he was fondly called had lent his voice to popular heroes of Tamil, Telugu, Malayalam, Kannada, and Hindi movies.

In Kannada cinema or Sandalwood as it is popularly known, he had sung for films such as Devaragudi, Amrutha Varshini, Aparachita, Auto Raja, Guna Nodi Hennu Kodu, and many such films. He was the voice of heroes such as Vishnuvardhan, Shankar Nag, Ravichandran and others.

Sandalwood mourned the death of one of their favourite singers. Puneeth Rajkumar tweeted, "Deeply saddened to know that Dr.SPB is no more. His melodious voice will always be remembered. RIP"

Kichcha Sudeep tweeted in Kannada saying, "The koyal that will never stop singing." 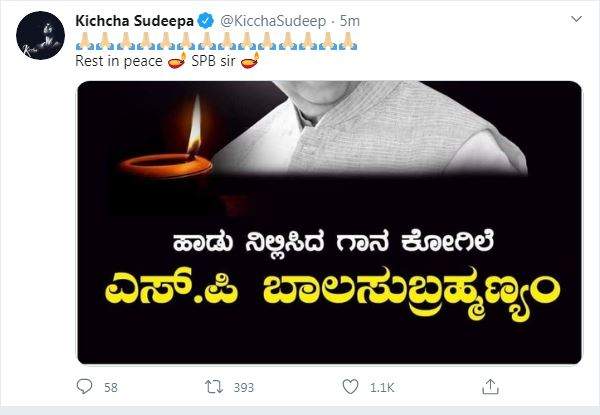 Darshan Thoogudeepa too tweeted in Kannada saying, "The melodious voice of SPB has entertained us for over 50 years... his demise is a great loss to the nation." 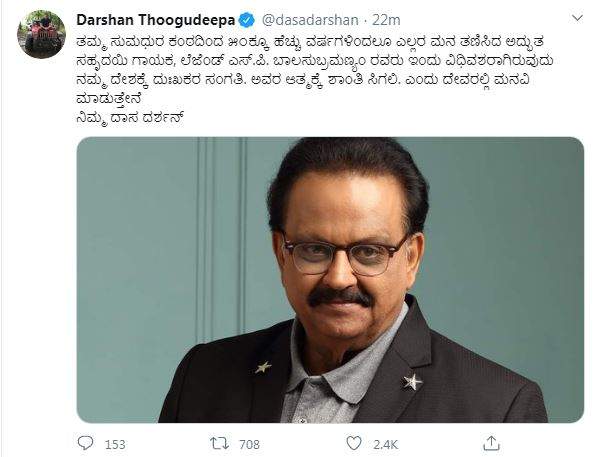 Actress Priyamani expressed her shock, "Heartbroken #SPBalasubrahmanyam sir...thank you for all the wonderful songs you sang and made us love you even more you will forever live on #RIP" 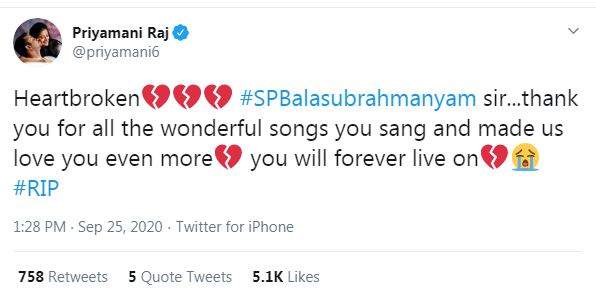