Veteran actor RSG Chelladurai passed away on Thursday evening at his residence in Chennai’s Periyar Nagar allegedly due to cardiac arrest. His son confirmed the news to media sources and said his father had been found unconscious in the washroom. He was 84.

Chelladurai, who has acted in more than 100 films, was known for his supporting roles in actor Vijay’s films Kaththi and Theri, and Dhanush’s Maari. Chelladurai had also acted in Sivaji starring actor Rajinikanth and director Atlee’s Raja Rani starring Arya and Nayanthara, among others.

Condolences poured in for the actor from fans and co-actors after the news about his death came to light.

Actor Kathir, who rose to fame with the blockbuster hit Pariyerum Perumal, took to Twitter and said, “Rest in peace Ayya.” 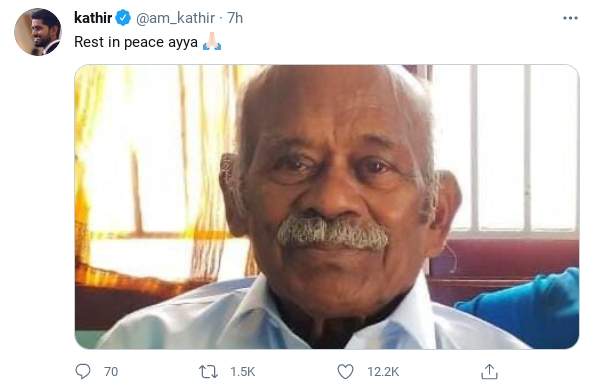 Comedian and supporting actor Arjunan, who is known for his role in Kaadhalil Sodhapuvadhu Eppadi, said he had gotten a chance to work with this senior actor in Tik Tik Tik and wished he rest in peace. 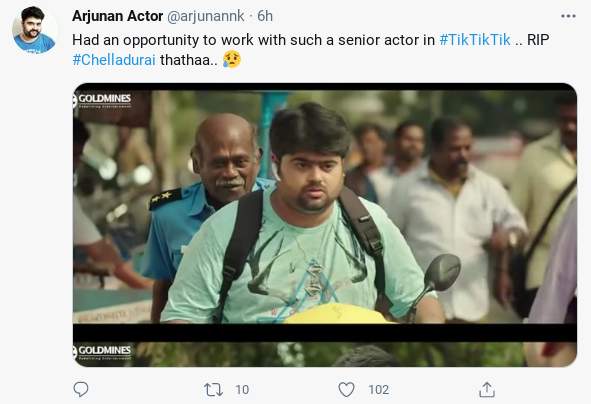 Anchor and presenter Anjana Rangan too expressed her condolences and wrote, “How many times we have seen this man on screen and felt just like family. How much more pain we have to go thro (sic).” 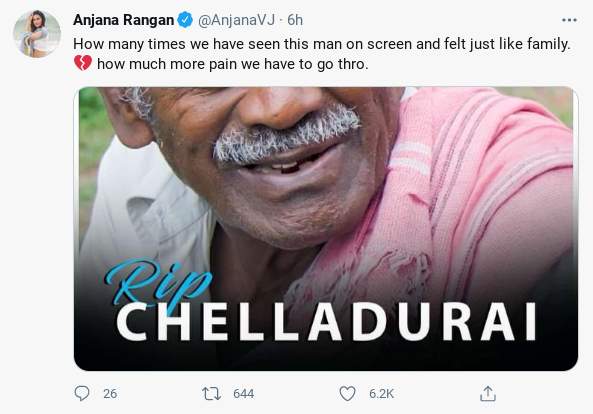 Media reports said Chelladurai’s funeral will be held at their community church at 2 pm on Friday.