Ryan Reynolds jokes about making Hulk starrer Mark Ruffalo angry on the sets of The Adam's Eye, says he 'stays the same size'

Actor Ryan Reynolds, who is currently shooting for his upcoming film The Adam’s Eye, shared a few pictures from the set on Instagram with actor Mark Ruffalo. However, it was the funny caption for those images that caught everyone’s eye.

Mark Ruffalo, who is known for his memorable roles in numerous movies, including the character Hulk, is seen standing near Reynolds next to a wrecked car (probably Ruffalo’s character’s) in all the images, wearing an annoyed, angry expression. 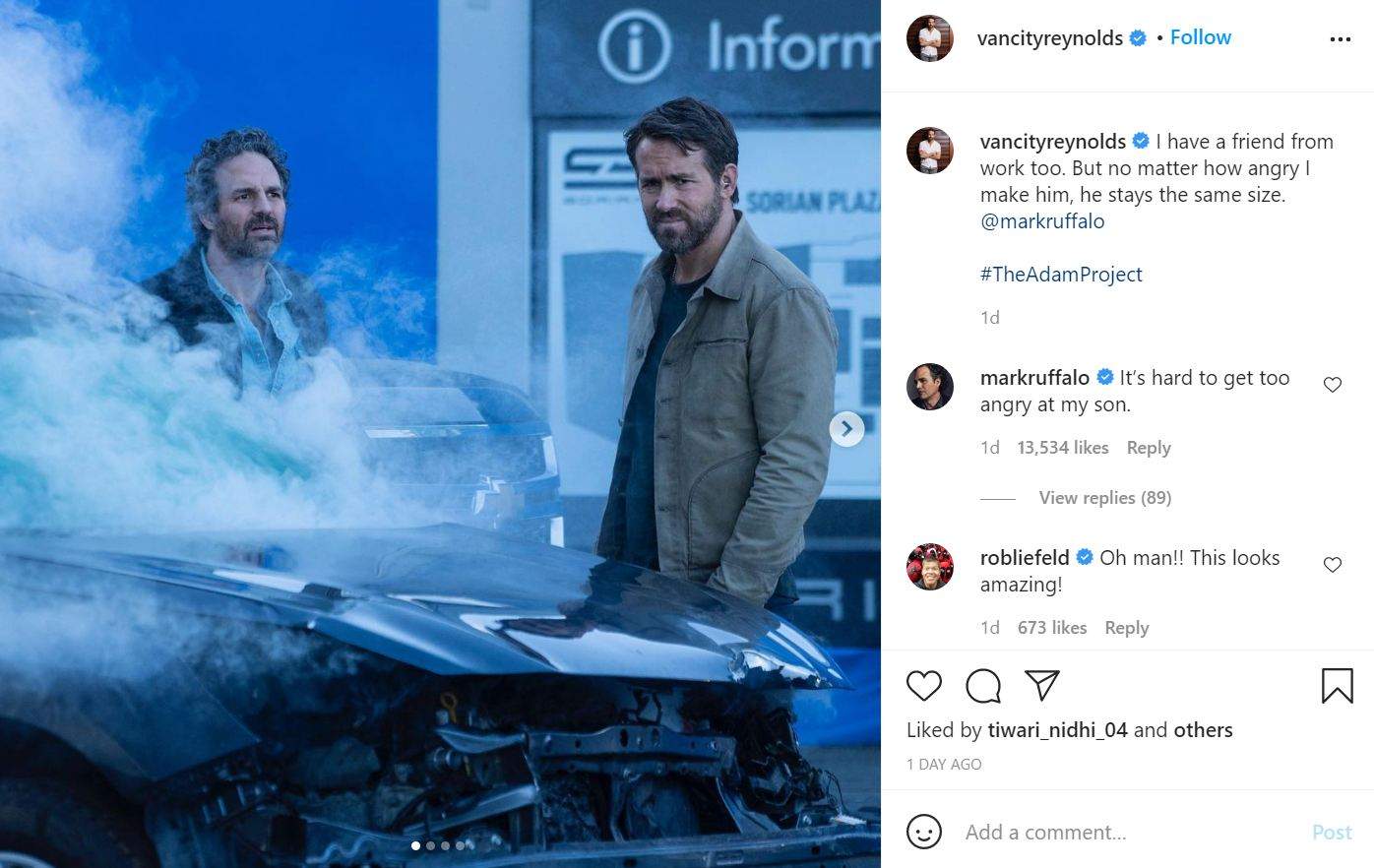 Reynolds shared these photos with the caption, “I have a friend from work too. But no matter how angry I make him, he stays the same size. @markruffalo #TheAdamProject,” making a reference about Hulk, played by Ruffalo.

The Hulk character is known to explode and turn into a giant green-skinned mutant whenever he is provoked or made upset.

The Deadpool starrer had also taken inspiration from one of Thor’s dialogues in Thor: Ragnarok, where Thor (Chris Hemsworth) is waiting anxiously to fight an opponent and later sees that it is going to be Hulk (Mark Ruffalo). Relieved, he says, “Hey, we know each other. He’s a friend from work.”

The sci-fi film shows Reynolds' character going back in time and uniting with his 13-year-old self so that he could find his physicist father, played by Ruffalo. Meanwhile, Keener will be playing the villain.