Aaliyah Kashyap, daughter of director, filmmaker, and actor Anurag Kashyap, opened up on Instagram about the sexual assault she had faced as a minor and the recent harassment and trolls she bore the brunt of after posing in lingerie for an ad shoot.

She wrote a lengthy post and said, “The past few weeks have been really hard on my mental health. Ever since I posted a photo of me in lingerie, I have been getting the most vile, degrading and disgusting comments. I have never felt more frightened than I have in the past few weeks to the point where I considered deleting my instagram. I have tried to ignore the harassment and shrug it off but the truth is that we need to speak about it because these kind of comments contribute to the rape culture that affects all women in India (and the rest of the world) in one way or the other.”

Pointing out the hypocrisy that exists when it comes to rape and the protection of women, Aaliyah said, “We seem to be a country that will hold candle marches for victims of rape and sexual harassment after she has been assaulted but won’t protect a woman while she’s alive.”

“The truth is that women in India grow up being sexualised their whole lives,” she explained. She also revealed that she had been sexually assaulted as a minor by a middle-aged man because of this culture but did not disclose further details.

Moving on to talk about the other forms of hypocrisy related to online bullying and trolling, Aaliyah wrote, “The double standard is that many of the people who have harassed me, along with many other woman, are hypocrites. They love to pretend that they’re on a moral high ground but in reality, they are the ones promoting the rape culture that exists.”

“They are the same men that are fine with following me and consuming the content I post, yet choose to harass me. If you truly disagree with what I post, then you are free to unfollow me. Nothing I do or post is an invitation for sexual assault,” she asserted.

Aaliyah also attached a few screenshots of the comments that were harassing in nature. 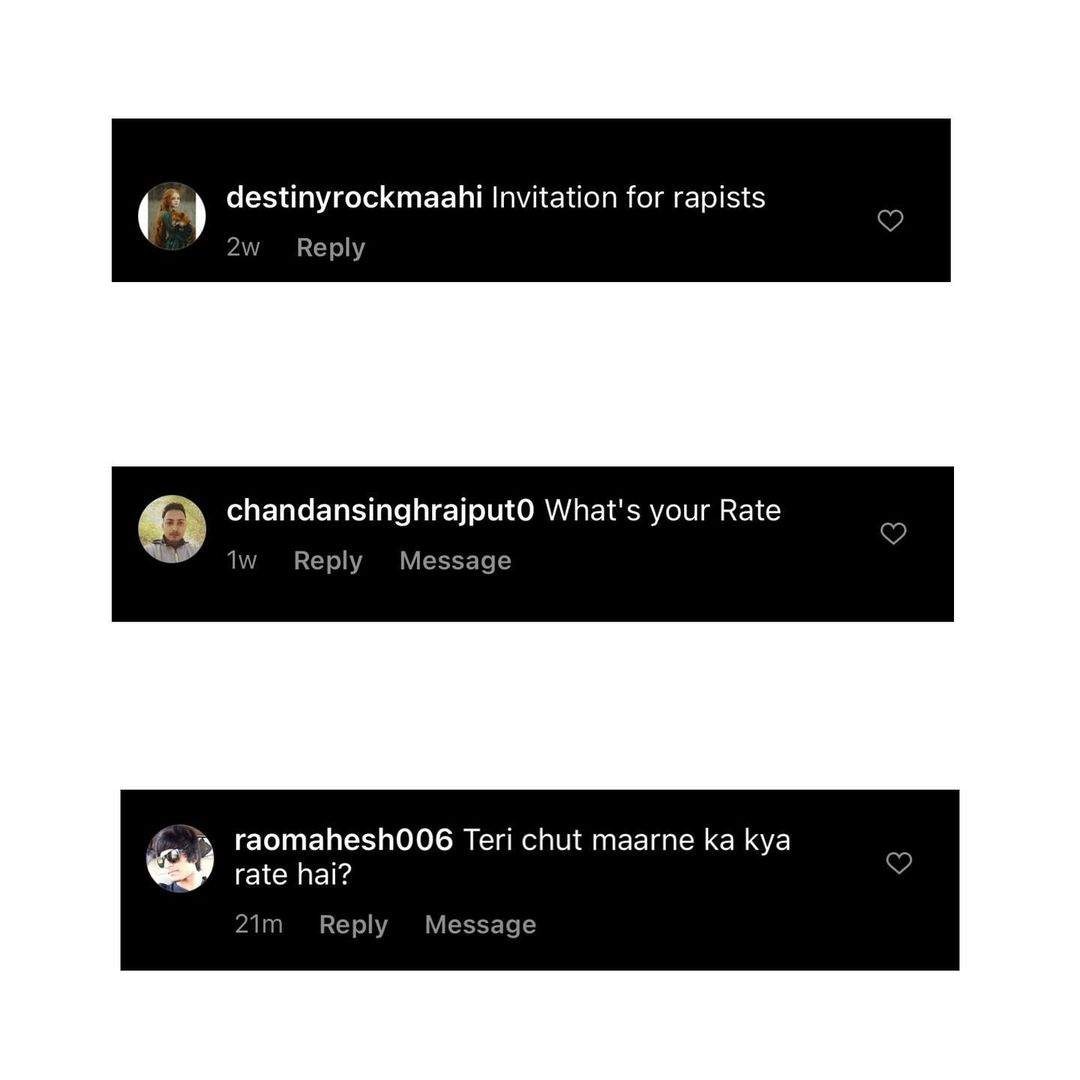 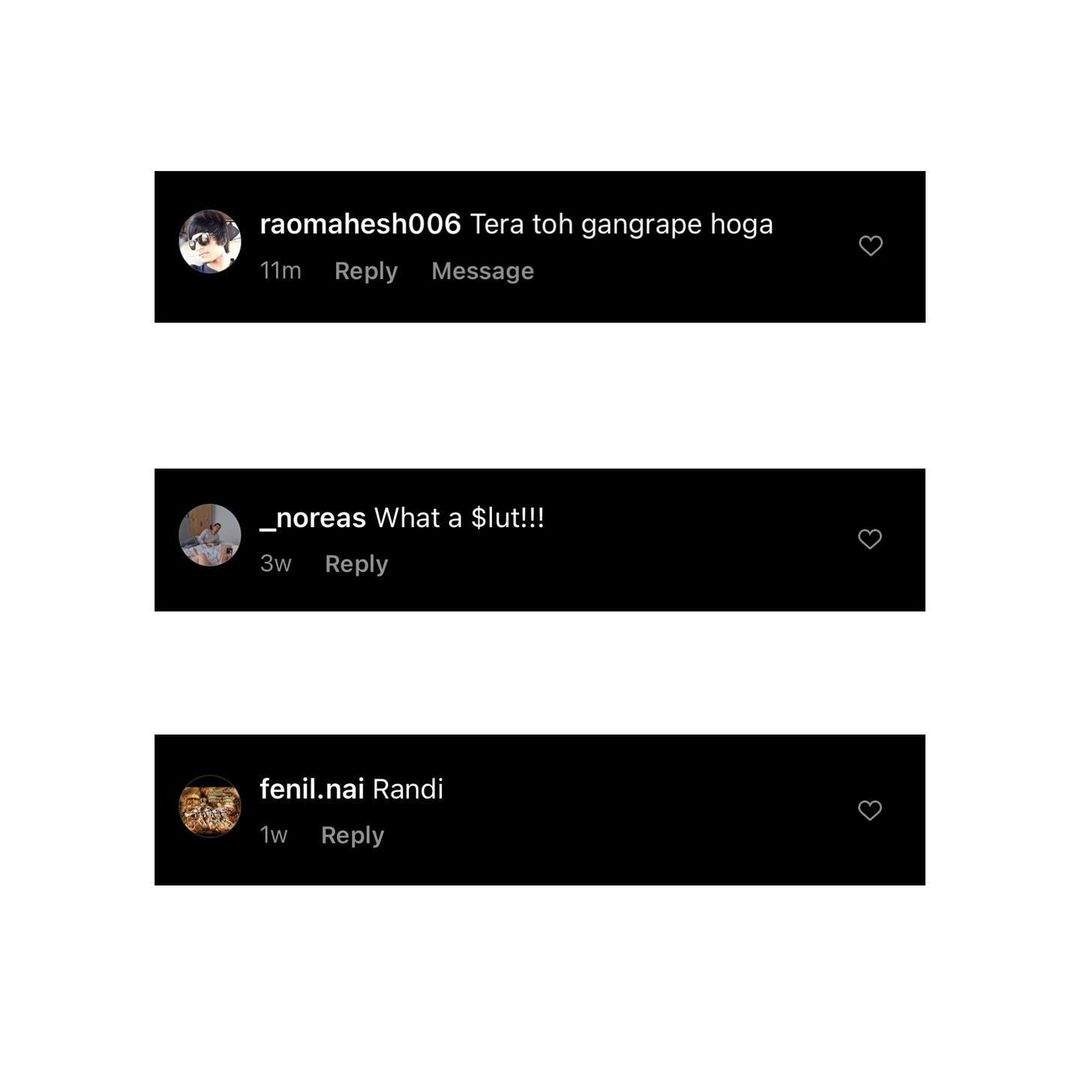 She concluded, “This is my body, my life and I choose what I want to do with it.”