‘My life is whatever I define it to be’: Amala Paul

For most actors, the eponymous protagonist of Nandini Reddy’s Meera (in the Telugu anthology, Pitta Kathalu), a woman seeking liberation from her oppressive, abusive husband, would be a good formidable character to enact—especially those portions in which Meera’s husband, played by Jagapathi Babu, throws vile insults at her. He’s a man we see being abusive, sexually and physically—at one point, he even clutches her neck in rage. When asked if such portions caused her any distress, Amala mulls over it, just for a brief second, before dismissing the idea. She then proceeds to answer the question with disarming transparency about her personal life. “I am not really troubled by such writing because I take inspiration from my own life,” she begins. “I have grown up watching domestic abuse and violence.” She recalls an incident that happened when she went on vacation with her family. “My father would expect my mother to perform all these chores even when she was on vacation. I would argue with him and point out that she deserves a break too. Just because a woman is your wife does not give you the right to treat her without respect,” she says. It was then that she asked her father an important question. “I asked him if he would find it acceptable if another man treated me, as he did my mother?” The answer disappointed her. “He said he didn’t think my husband would turn out to be such a man, but it seemed to me that he was not really thinking about our argument. Such is the way of life of families I have grown up in and around.” And this is among the few reasons that compelled her to be part of Nandini Reddy’s short film, Meera. “Being part of such films causes me happiness; it makes me feel strength and power. Such films have a sense of purpose; they make me recognise the responsibility I have as an artist.” 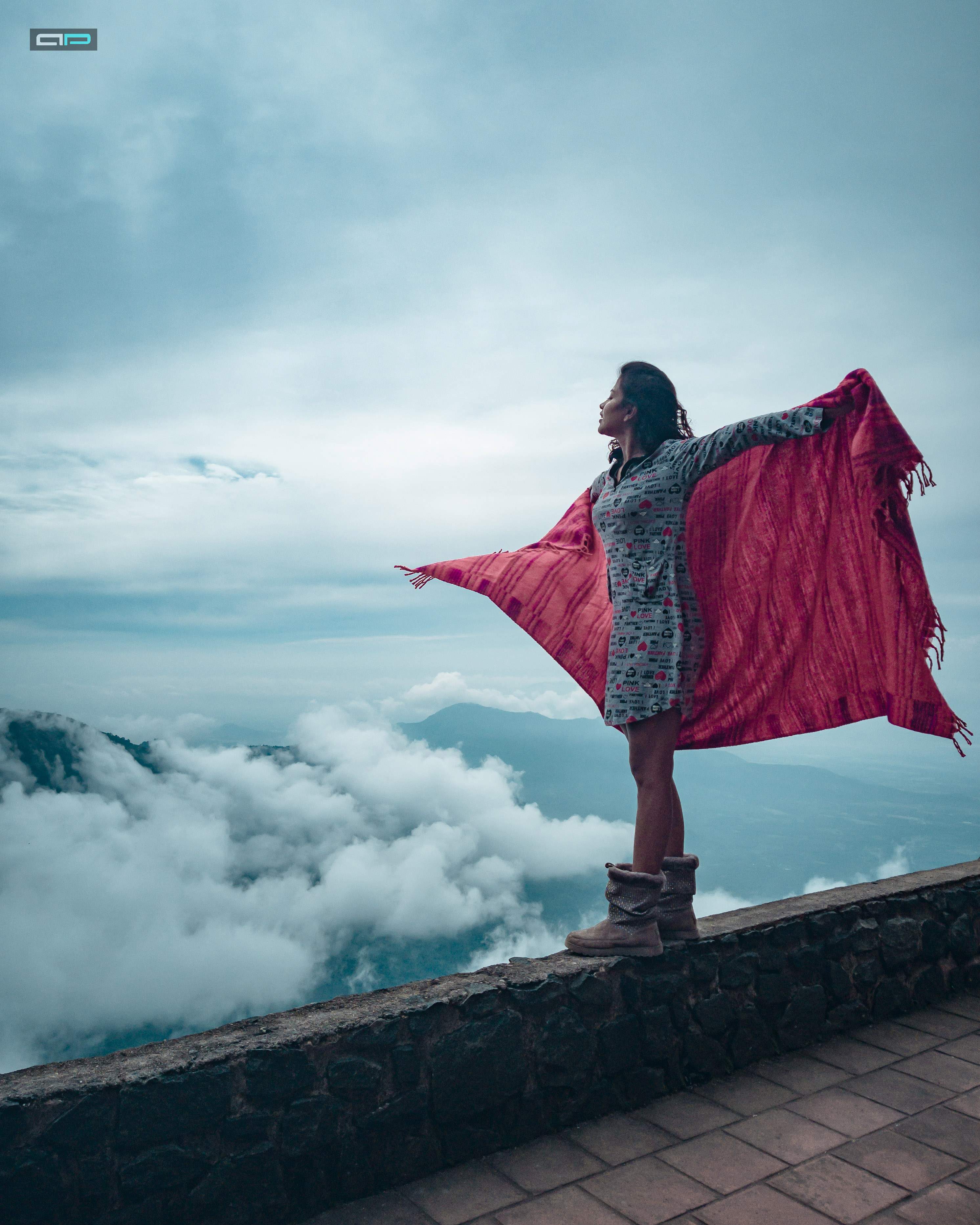 Another reason she accepted this film is her respect for director Nandini Reddy and the opportunity to work with her in making Netflix’s first Telugu anthology. Amala says she is perpetually driven by the urge to swim against the current. “And I have been screwed because of that,” she says, laughing. “People keep asking me why I insist on being such a rebel. But I am not… I don’t consider what I do rebellion. All I know is, I don’t want to be a ‘regular’. I know I am not in cinema to be ‘regular’.” Another motivation to join this film was the knowledge that an OTT platform like Netflix would bring in the relevant audience. “In such a platform, such unusual content meets an audience that is already looking for it. 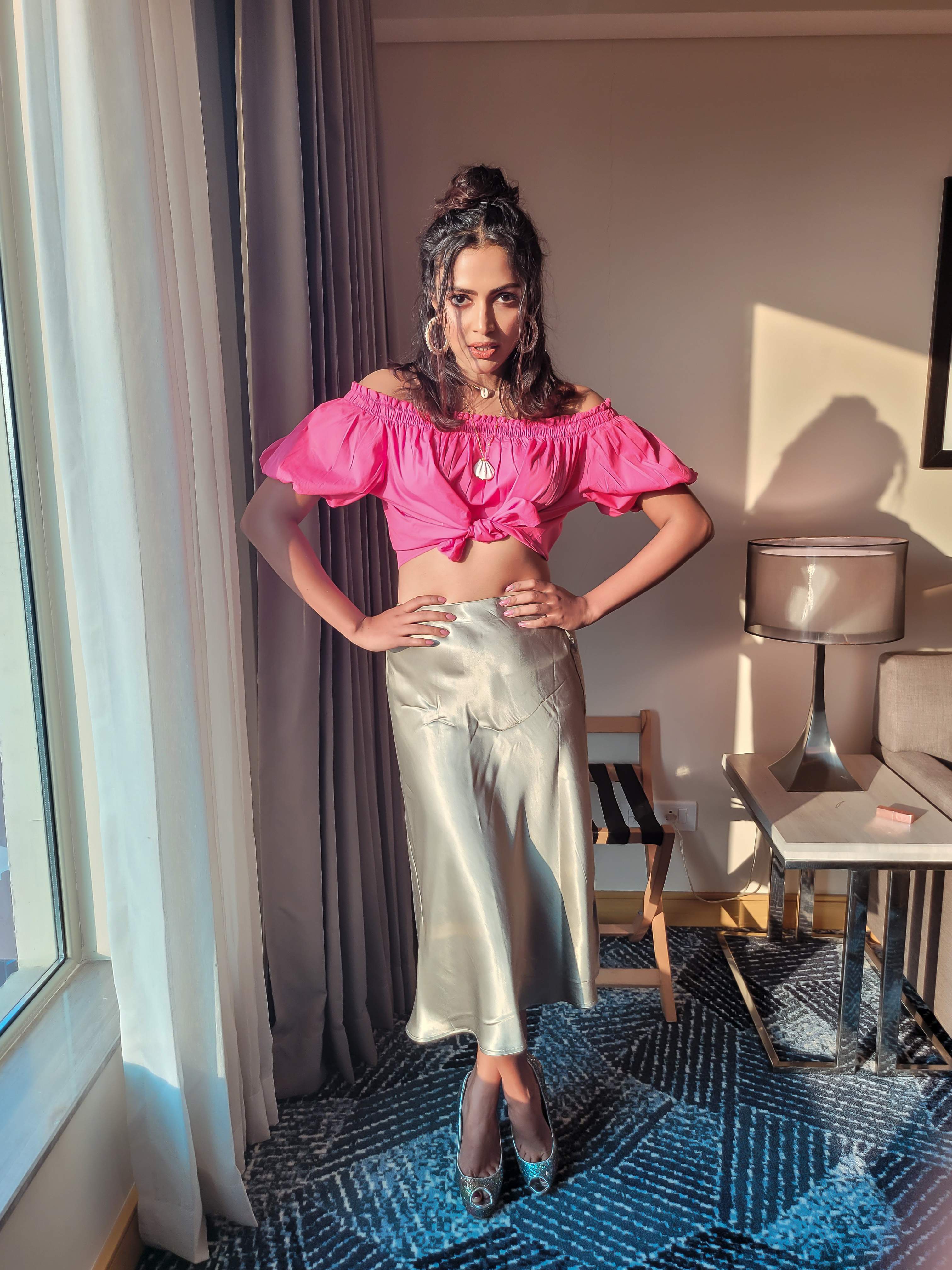 Which, of course, did not immediately happen for her last release, Aadai, a film which caused quite a bit of furore ahead of its theatre release. “Everyone was so judgmental about that film even before they had seen it. I was being attacked just for being an actor and doing what I thought was perfectly acceptable in my job,” she says. “It was not just the audience… it was the media too. My character in Aadai was used to assassinate my character. I remember that its very release was being held up.” It was only after the film came out in Amazon Prime Video, she says, did the positive responses pour forth. “It made me realise that the platform in which a film gets released is also important.” If she could make a request, a plea almost, to the media and audiences alike, it is that they desist from judging actors for the behaviour of their characters. “It is like judging a book based on its cover. I am glad that OTT platforms are changing this,” she says, and cites the case of Nandini Reddy as an example of how OTT content liberates filmmakers. “Nandini is known for a different type of cinema, but here, she, like other filmmakers, is able to expand her horizon and explore her abilities. Already, we can see a lot of change happening.” 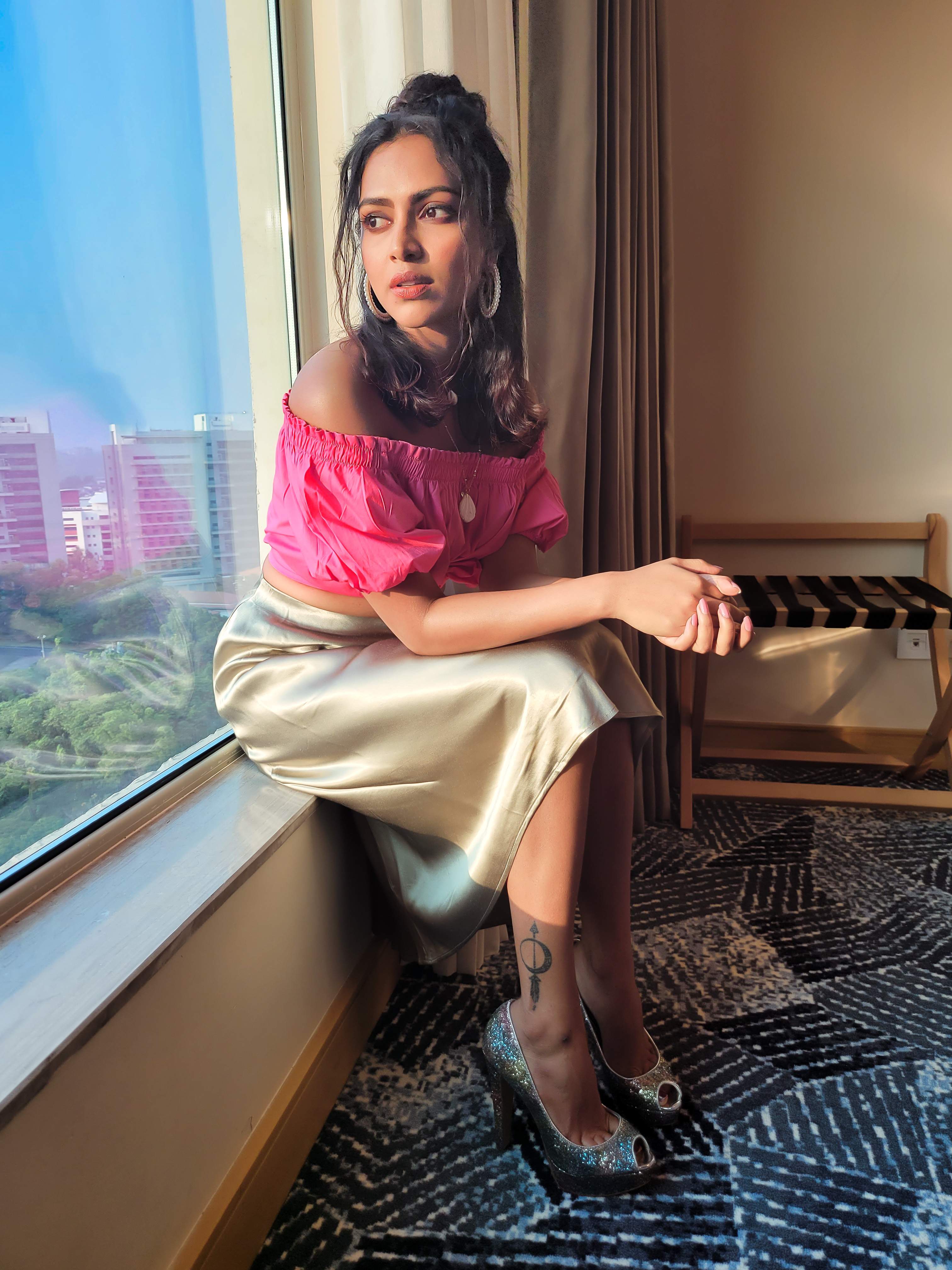 In Meera, the film, the heroine is helpless and has to rely on her unusual strengths to escape from her subjugation. “It’s a reflection of the real world in which the support system for such women is almost non-existent,” says Amala, and goes on to, again, get disarmingly transparent about her life. “When I was going through my separation, I don’t remember anyone coming to my support. They all sought to instill fear in me. They said I was only a girl. There I was, a successful actor, and yet, I was being told that I should be frightened by the prospect of a man not being by my side. They warned that my career would get derailed, that I would be scorned by society. Nobody expressed concern about my happiness and mental health.” Amala decided then that she would not “be a regular”. “My life is whatever I define it to be. I don’t want to hear again the example of another woman who’s soldiering along in her bad relationship. I don’t want to be told that everything will be all right eventually. The truth is, nothing is becoming all right.” And then, she shares a powerful conclusion: “You are all putting up a show. You are all faking it. I don’t want to end up like that.”

Her character in Nandini Reddy’s film, Meera, puts up such a show for many years into her marriage. As Amala Paul put it, Meera fakes it—and this, despite having been raped in her marriage. Marital rape, of course, is a concept that our society, even our judiciary, has yet to come to terms with or even understand. Amala is convinced that our women tolerate way more than they should. “I think an issue like marital rape is beyond class divisions. Also, it seems to me that when the husband cheats and sleeps with multiple women, women are expected to tolerate it. It bothers me when women make their peace with such men simply because “at the end of the day, he still comes home to sleep”.” 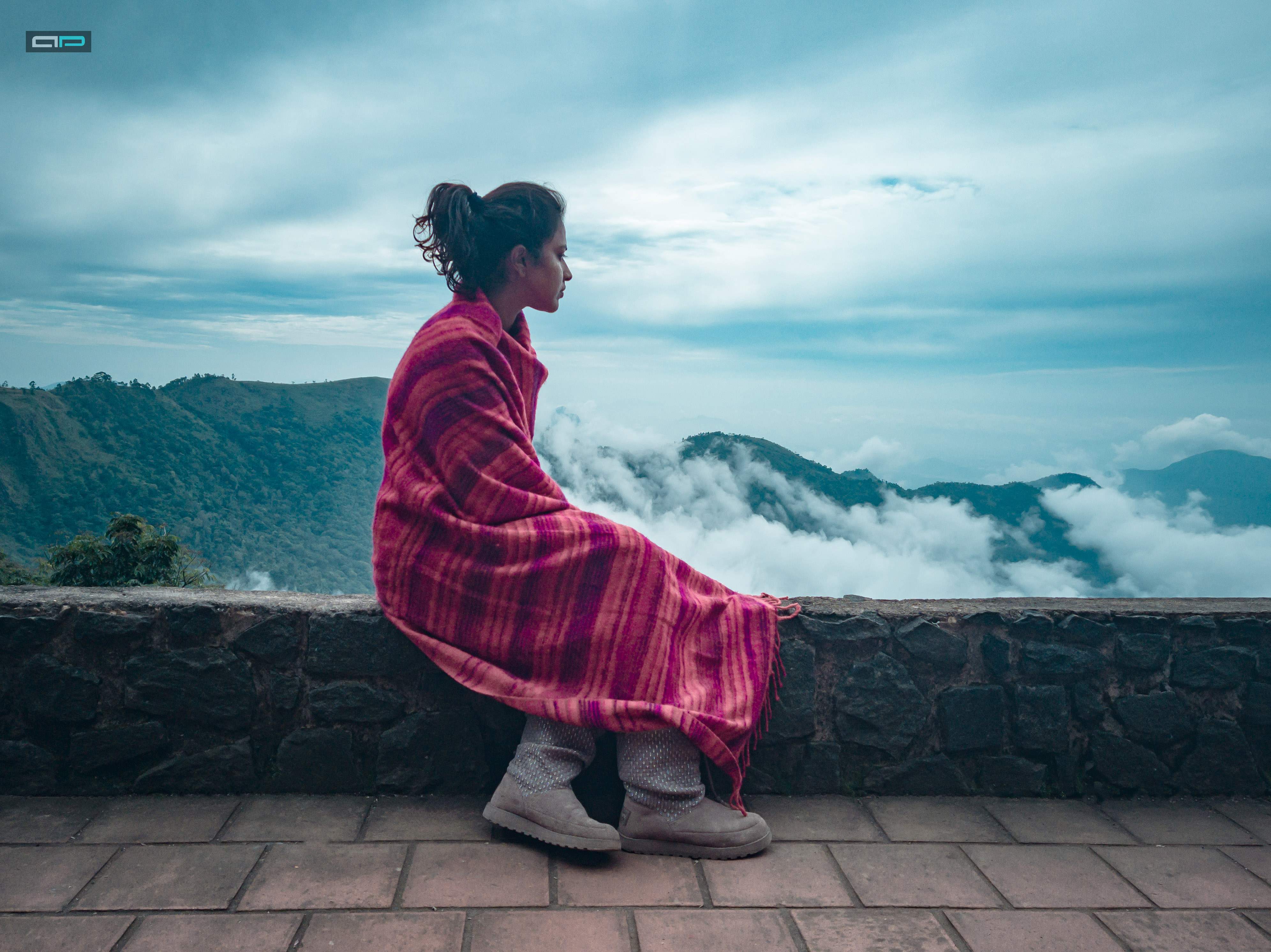 It’s similar anger that fuels Meera’s transformation in the film, when she decides to channel her inner Gone Girl. Amala laughs in acknowledgement at this comparison. “I know, right?!” She goes on to wax eloquent about Meera: “I love that she utilises her specific strengths, her passion for art. I think we all have strengths that are under-explored. Meera is a writer and so, she takes refuge in her imagination and actualises her ideas to her advantage.” Meera, Amala says, is quite aware that her relationship with her husband is, at its essence, a power struggle. “The husband naturally has a lot of power. As a woman, she realises she must use her feminine strength to her advantage, and so she does. I love that she makes art out of her misery. I don’t think her aim was ever to destroy her husband. I think she reaches a saturation point, and then, makes a decision to save herself.” She summarises Meera’s journey thus: “She made a choice and became the hero of her own story.” It’s a summary that Amala could well argue reflects her own journey too. And you see why.