Filmmaker-actor Anand Tiwari and actress Angira Dhar took everybody by surprise as they dropped their wedding photo. Sharing a beautiful picture from their wedding where they both are seated by the havan fire seemingly in the middle of wedding rituals, the duo revealed that they secretly tied the knot in April this year.

The couple shared identical posts, which read: "On 30-04-21 Angira and I sealed our friendship into a marriage, with our family, closest friends and God as our witness. With life slowly unlocking around us, we wanted to unlock this happiness with you.” 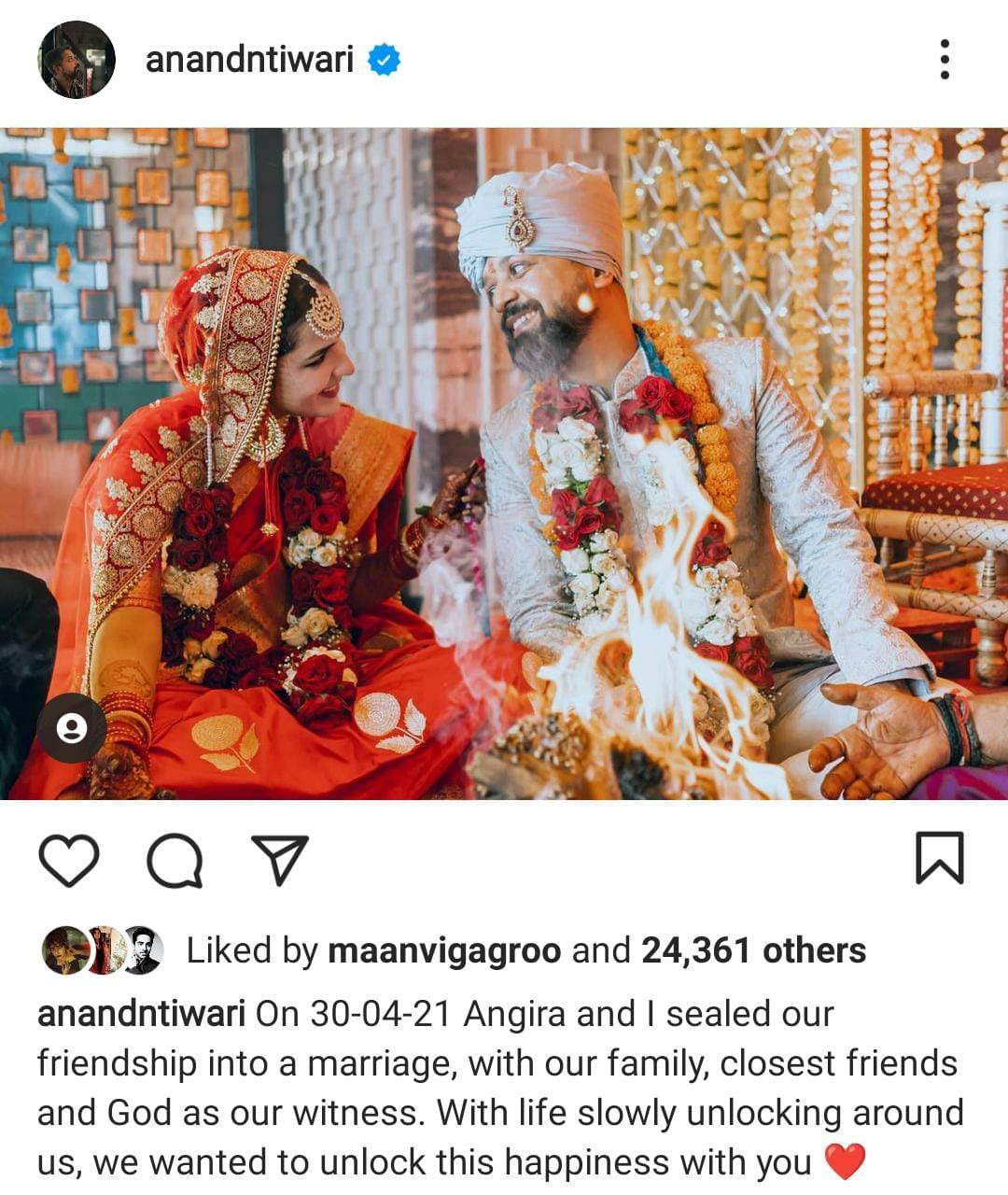 Angira also posted another picture from their intimate wedding where the couple is seen holding each other's hands while a family member performs aarti. Angira captioned it with a red heart emoji. 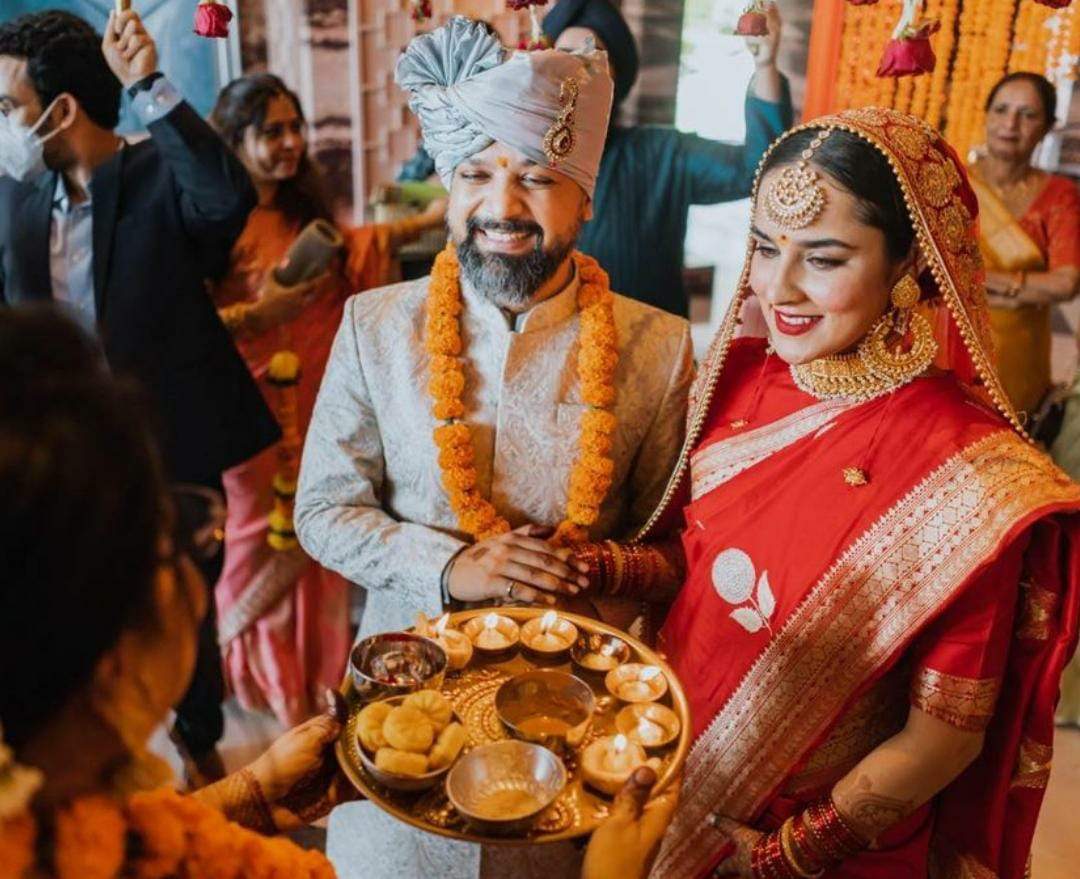 Anand and Angira first met on the sets of Love Per Square Foot. While Anand was directing the film, Angira was the lead actress of the Netflix film that also featured Vicky Kaushal.

On the work front, Anand recently directed Bandish Bandits. Angira, who came into the limelight with Bang Baaja Baaraat, was last seen in Commando 3 and has Ajay Devgn's MayDay lined up next.