It’s 2029. The mutants are gone—or nearly so. An aging and embittered James Howlett, or Logan, is drinking his days away in a hideout on a remote stretch of the Mexican border, picking up petty cash as a driver for hire. His companions in exile are the outcast Caliban (Stephen Merchant) and an ailing Charles Xavier aka Professor X (Patrick Stewart).
But Logan’s attempts to hide from the world abruptly end when a mysterious woman appears with an urgent request—that Logan shepherd a young girl to safety. Soon, the claws come out, as he faces off against dark forces and a villain from his past. Brought together by writer-director James Mangold, Logan will also find Jackman reprising his role for one final time, in a dramatic standalone story
of sacrifice and redemption.

The unsung hero
Jackman first brought his electrifying energy to Wolverine back in 2000, in the film that launched the comic-book blockbuster, director Bryan Singer’s original X-Men. Since then, he slipped into the skin of the world’s most famous mutant a record 10 times. But with Logan, Jackman lays to rest his longtime screen alter-ego.
From the outset, Jackson always had a gift

for locating Logan’s humanity beneath his gruff, deeply scarred exterior. With a moving performance, the actor brings t

he character full circle—the cigar-chomping, hard-charging loner is now a steadfastly loyal comrade-in-arms willing to sacrifice everything for what he believes. “I wanted something intimate and primal—a character-based story where we explore the fears and weaknesses of these larger-than-life heroes,” says Mangold.
Also important to Mangold, who views Logan as a spiritual descendant of Western heroes like Clint Eastwood’s Outlaw Josey Wales or Alan Ladd’s Shane, was robbing Wolverine of his invincibility to make the character more vulnerable, more exposed. “The idea was to find him in a state where his ability to heal is extremely diminished,” he says. “His health and mental state are dark.”

Clawing to the top
Although Logan takes place over 50 years after X-Men: Days of Future Past (2014), it is a standalone tale that plays more like an intimate family journey—albeit packed with high-stakes action scene. “We wanted to go out with a bang,” says Mangold. “The thin

g is—once cities and planets are destroyed—you have to earn your bang as opposed to just getting louder.”
In the film, Logan finds himself the reluctant guardian of Laura (newcomer Dafne Keen), who has powers remarkably like his own: from her hands as well as her feet spring the same adamantium claws. Not that he is eager to accept this responsibility—he’s too weary to play hero once more. “He doesn’t want to help. At all,” says Jackman. “He has come to the conclusion that when he helps, things end up worse off. The people he loves end up getting hurt, and if he gets too close, or tries too hard, it ends in pain and loss and destruction.”
Tasked with protecting her from the murderous cybernetic criminal Donald Pierce (Boyd Holbrook), Logan and Professor X set out to cross hostile territory to a place called Eden, where young mutants are said to enjoy safe haven. But Pierce and his army of cyborg Reavers are determined to return Laura to the custody of Dr Zander Rice (Richard E Grant), the sinister geneticist behind Alkali, who triggered her mutations through a series of inhumane experiments in the hopes of creating a child super-soldier.

Keen as a razor
Jackman has especially kind words for his co-star, Dafne Keen, who makes her debut with Logan as the young girl who turns into the character X-23. “She’s phenomenal,” he says. “Laura, genetically, has Wolverine’s DNA, and that’s not easy to pull off. I found it hard when I was 30, let alone an 11-year-old. She’s bubbly, vivacious and energetic. Playing this pissed-off, rage-filled mutant who will take your head off if you look at her sideways is nothing like who she is, and she nailed it.”
“Laura, at the beginning, is a silent child,” offers Keen. “She can’t express sadness like a normal child, she gets angry and starts killing people. It’s fun doing that and at the same time  loving pink T-shirts and unicorns and rainbows.”
Stewart explains, “The superhero aspect and mutant powers are not the focus of attention. The sense of individuals, relationships, is stronger than before. It’s a world that is recognisable and familiar, yet wrapped in this maelstrom of fear, excitement, danger and the need to escape.”

Unicorns for X-23
Logan, the film, is packed with brutal, visceral fight scenes, which presented unique opportunities for Dafne Keen as Laura, aka X-23. “We had about one month with her,” says stunt coordinator Garrett Warren. “We had claws that she’d hold in her hands, so she coul 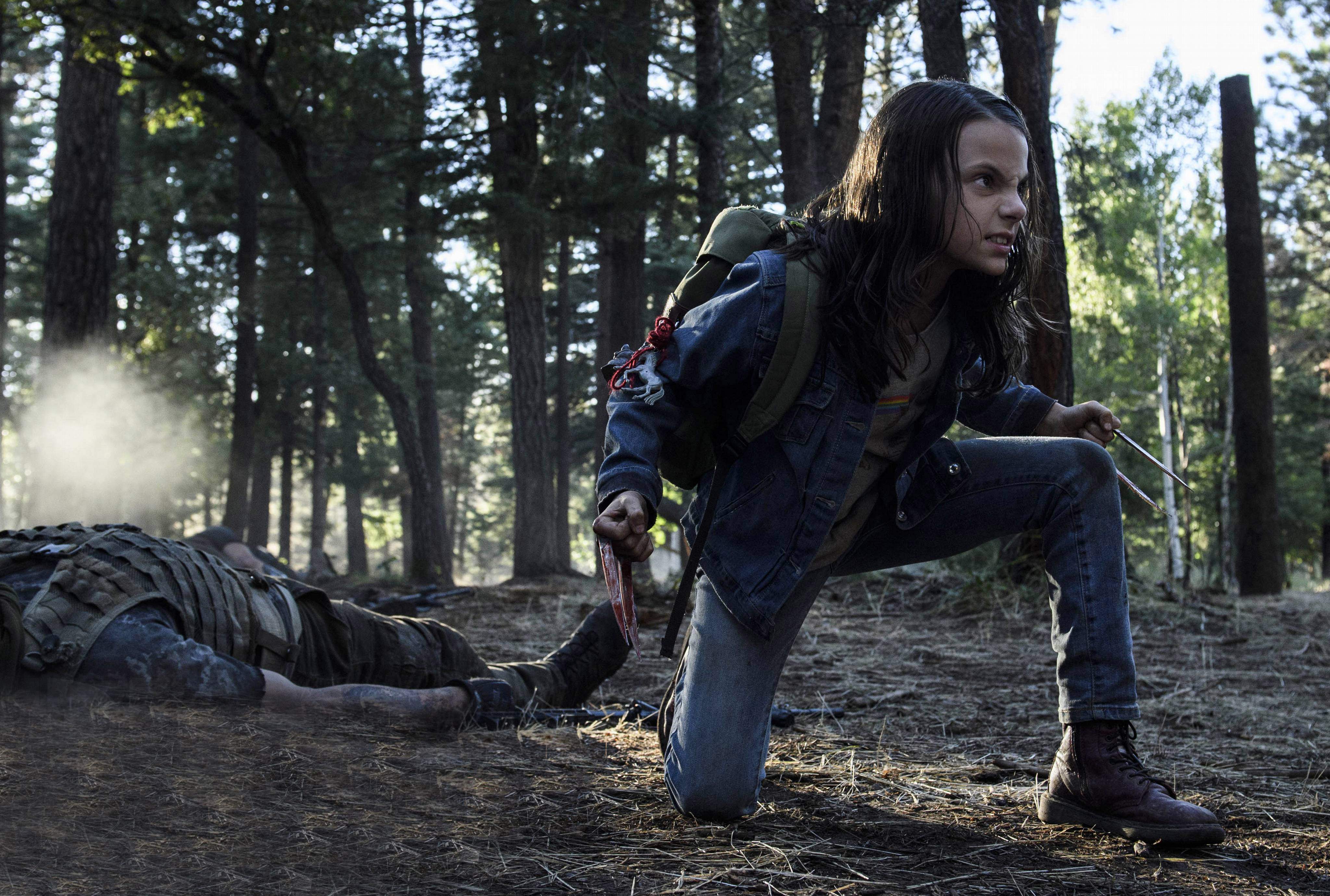 d see what that was like. I’d have her use paper, claw it, and slice it into pieces. That way, she knew what it was like to use the claws instead of wielding them in the air.”
Keen’s background in gymnastics and aerial arts helped her master the fight choreography. While Laura may be a killer, she’s still a little girl. “She starts out with a simple and monotone look,” explains Emmy-winning costumer designer, Daniel Orlandi. “She looks like a prisoner who’s escaped. When she gets to pick out her clothes, we see her pick out a unicorn T-shirt along with pink accessories. It really adds a sweet irony to her character.”

With Logan, Hugh Jackman brings to an end his long and frightfully eventful run with the Wolverine and X-Men franchises. In a conversation, the Australian-born actor, who has confirmed that this will be the last time he plays Wolverine, speaks about the challenges and fierce ambitions that went into his final performance as the stocky, musteline character.

Were you and James Mangold on the same page from the start, about this project?
There were some differences, naturally, but we both wanted a standalone film, which wasn’t necessarily intermingled with the history or timeline of the previous X-Men films. We wanted something different, fresh and ultimately very human, because the strength of X-Men and Wolverine is more the humanity than his superpower. For me, exploring this character for the last time, it was important to get to the heart of who that human was — more than what his claws can do.

Is it an original story?
I had a vision of something closer to Unforgiven. Not necessarily the story, but what Unforgiven did back in the day. There’s so much fan-following and history to a Western with Clint Eastwood in the lead, but he kind of subverted that. It’s still a Western. It’s still Clint. He still kicked ass at the end, but he definitely turned it on its head. That was the starting point.

So the Old Man Logan series was not the starting point?
Old Man Logan is absolutely inspired by Unforgiven. I’ve read Old Man Logan, but there are more differences than similarities, and that wasn’t what we were using as a template. I made a reference to Old Man Logan at Comic Con. I was half-teasing, about the fact that I’m getting old, so maybe it’s time to move on. But people took it verbatim, that we were doing the story of Old Man Logan. There are elements of that, but the truth is, it really exists in a different plane.

Is it important to you that the film has an R-rating?
Jim, me, and the studio, we were all in agreement that ‘We should make this R-rated’. Even when these discussions where happening, I said, ‘This will not be a movie driven by a rating’. This will not be a movie where we go, ‘Oh, it’s cool. It’s R-rated. It’s not R-rated because of the violence, even though there is some R-rated violence in it. That’s not what defines it as an R-rated film. That R-rating is more about the subject, the way the characters are treated as well as the way violence is depicted. I think this is far more realistic than anything we’ve done before in the X-Men franchise, and many other comic book movies — far more human.

Where do we find Wolverine at the beginning of this story?
He’s lost. He’s despondent. He’s older. There are a few more grey hairs, and he’s not well. He’s physically sick and I’d say spiritually, emotionally, he’s not in a great place. He finds out that there are high levels of mercury in his body. Apparently from eating tins of tuna, but I thought, what happens when a guy walks around for 130 years filled with metal? Even though he has an immune system and can heal, at some point, everyone on this planet starts to slow down. It’s the same for Wolverine. He really doesn’t have much to live for. 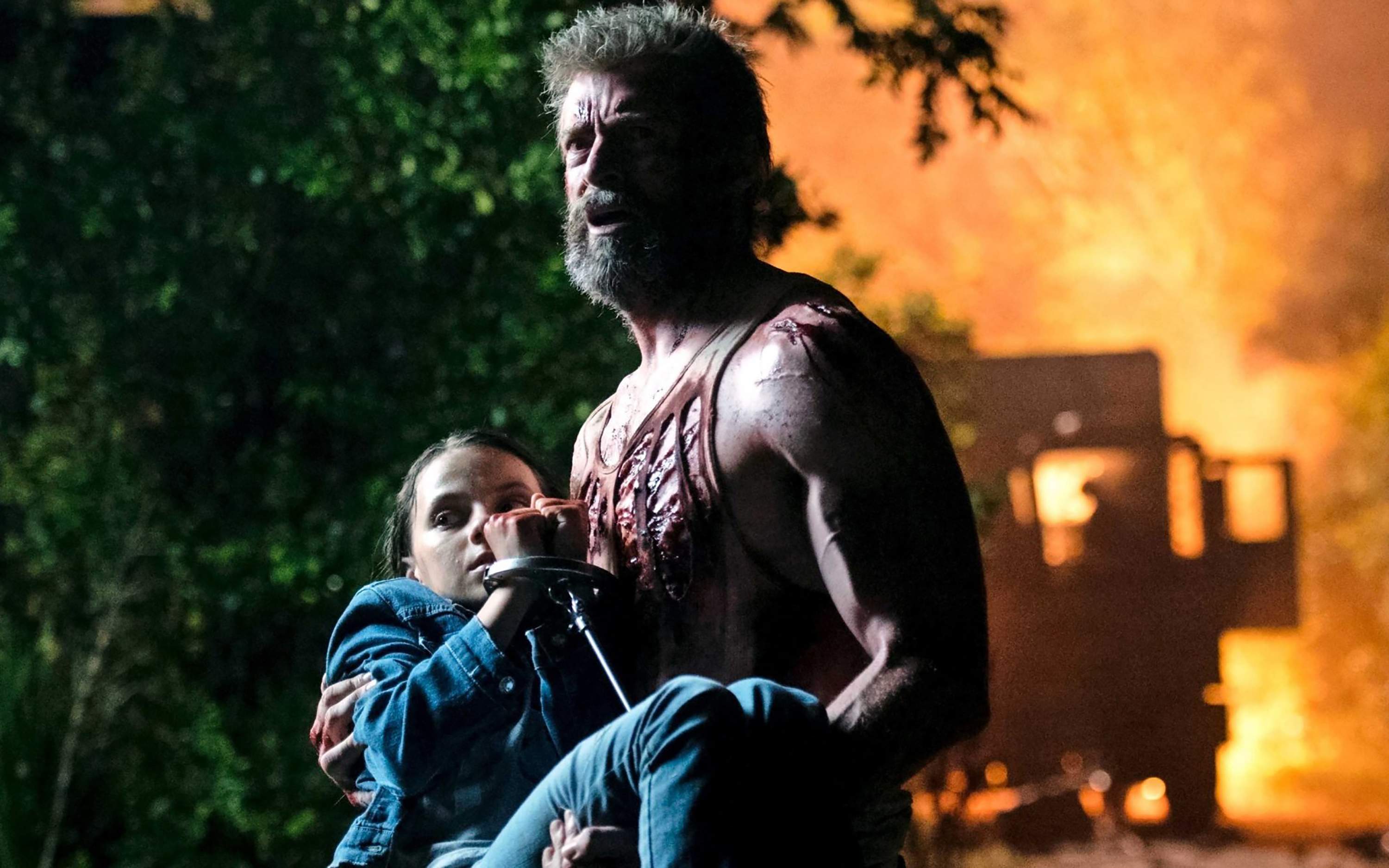 What is his living situation? 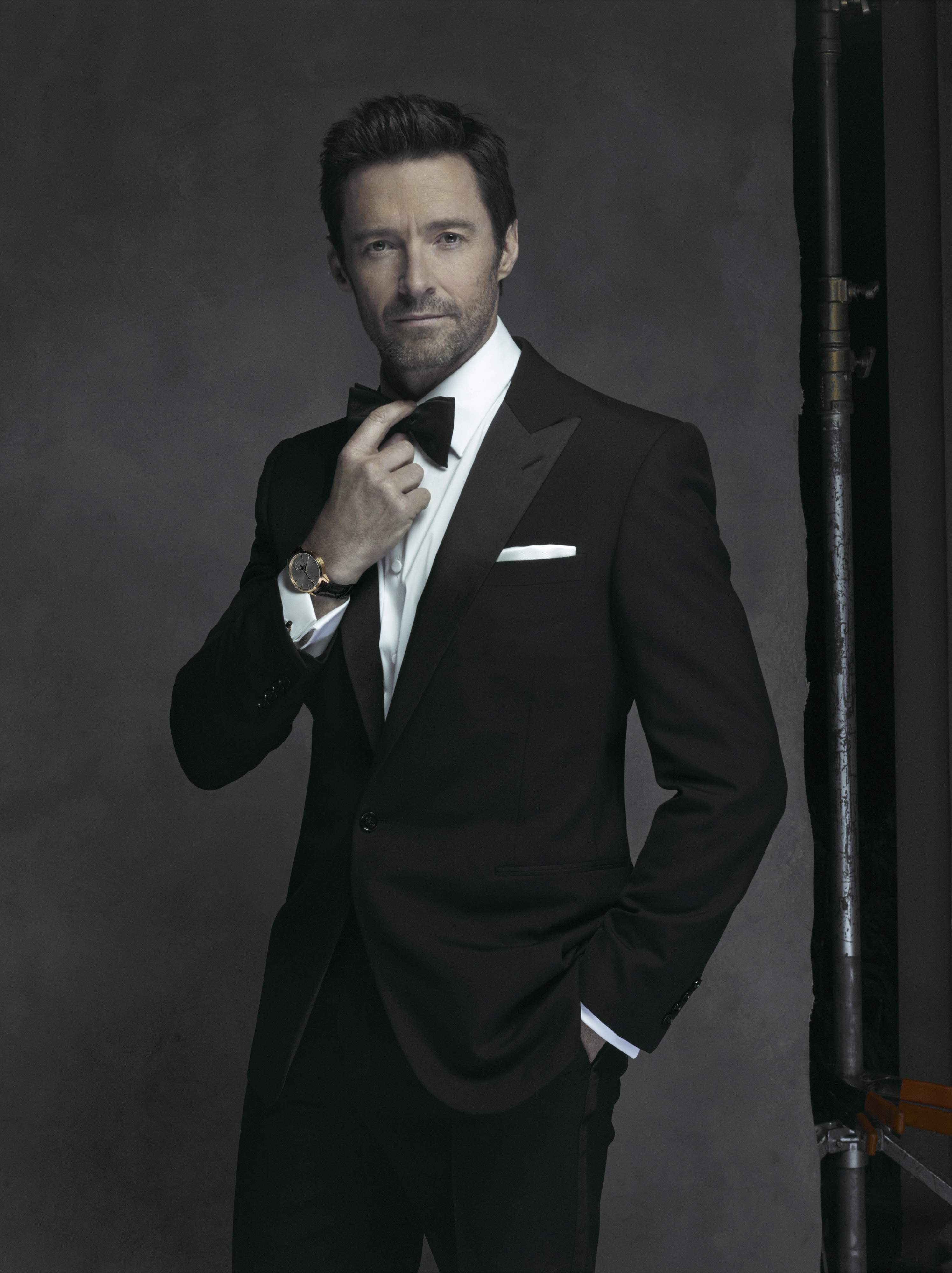 The way it’s set up, just before our movie opens – maybe six months or a year before – there’s an event involving Charles Xavier, played by Patrick Stewart. One thing we explore is what happens when the most powerful brain on the planet falls victim to dementia. We know he’s dangerous because when his brain doesn’t work, things happen. He has seizures and people around him fall into comas. Cars crash, things happen, and because he’s like a father figure, Wolverine takes him in.

So they’re fugitives?
Yes. Wolverine hides Xavier down in Mexico, off the border, in this place where they’ve been hiding out for pretty much a year, with Caliban, played by Steven Merchant, who is hilariously funny. Caliban is there to help. He’s a tracker. The three of us are hiding out in this disused smelting plant, potentially living out the rest of our days.