An interview with Martin Scorsese on Heart of Silence

It was the fall of 1973. Mean Streets, Martin Scorsese’s dark film about a young man torn between his penchant for crime and his Catholic upbringing, had just been released. Giving the film a positive review, acclaimed film critic and journalist, the late Roger Ebert, declared that the now legendary Scorsese could easily be the American David Bellini in about a decade. This was something that didn’t sit well with the Italian-American filmmaker. Years later, Ebert revealed that Scorsese was taken aback by the statement, as he was hoping to get there much sooner. 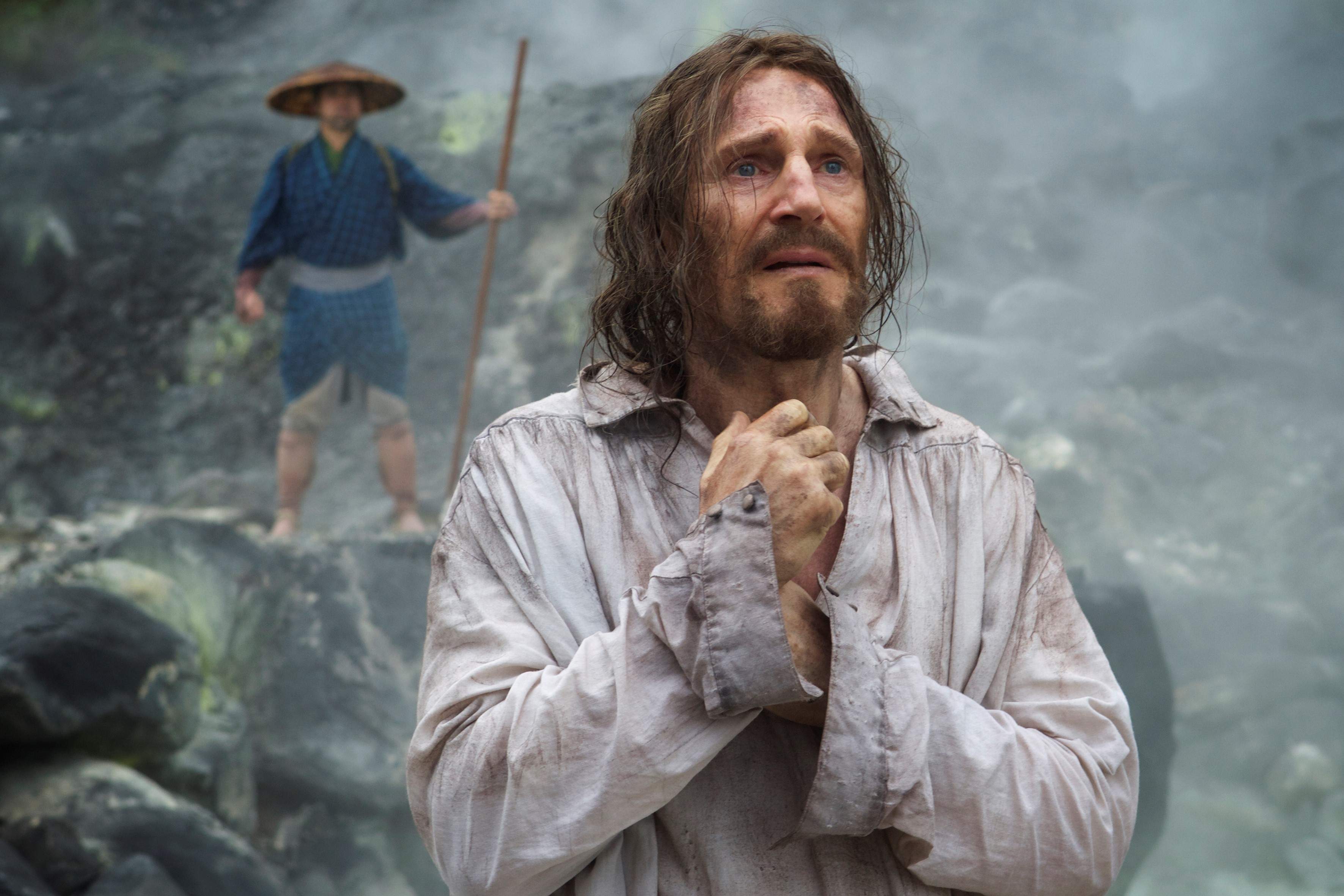 By 1980, the celebrated filmmaker had made two more landmark films that catapulted him into the highest echelons of American cinema — Taxi Driver (1976) and Raging Bull (1980). In the following decades, he would go on to give fans some of the most iconic films of the time, such as The Last Temptation of Christ, Goodfellas, Gangs of New York, Cape Fear, Hugo, The Departed and The Wolf of Wall Street.
In his newest release, Silence, which has an Oscar nomination for Cinematography, Scorsese returns to a theme that is close to his heart — Catholicism. Starring Andrew Garfield, Adam Driver and Liam Neeson, the film was inspired by a book that Scorsese read in 1989 — Japanese author Shusaku Endo’s novel of the same name. Set in 17th century Japan, the story follows the lives of Christian missionaries and their persecution in the South East Asian country. Scorsese tells us more in a candid exchange.

You’ve mentioned that Silence has been 28 years in the making. What was the inspiration for it?
It’s true, it took me almost three decades to make this movie. I decided to shoot Silence, which is based on Shusaku Endo’s novel, inspired by my own religiously observant childhood. I was raised in a strong Catholic family, my Christian beliefs and faith helped me face the world.
I was very much involved in religion and the matter presented in Silence was very much in my life since I was very young. This book was given to me in 1988 by Archbishop Paul Moore of New York, and this book drew my attention ultimately, and I started reading it, and finally, here we are.

How much of your own personal experiences have gone into the film?
The subject matter presented by Endo in his book has been in my life since I was very, very young. It goes back to growing up in New York, living in an area that was pretty tough, and also the church at the same time.
It’s similar to Mean Streets, in a way. It deals with spiritual matters in a concrete, physical world, a world where invariably the worst of human nature is revealed.

What were some of the challenges of working on this film?
Thirty years in the making, the $46.5 million film has gone through multiple script drafts, has seen various stars come and go, including Daniel Day-Lewis, Benicio Del Toro and Gael Garcia Bernal, and has faced challenges that nearly killed it on several occasions — an extraordinary Gordian knot of legal problems and issues.
I thought I understood it, but when I tried to write the script with Jay Cocks in 1991, we just couldn’t do it. We couldn’t figure out what was necessary and what wasn’t. But all of that, and the almost three-decade wait, was worth it. I was constantly discouraged from making it by Hollywood.

Tell us about your creative process.
I’m not interested in a realistic look . Every film should look the way I feel deep inside. My movies are reflections of my past and my personality. I draw a lot from my early days in New York and inside Catholicism — from intimate experiences and curiosity.
That doesn’t simply apply to the subject matter but also to the tone. No matter how natural a storyteller, no matter how much experience, there will always be a need to reinvent that creative spark. Sometimes when you’re heavy into the shooting or editing of a picture, you get to the point where you don’t know if you could ever do it again. Then suddenly, you get excited by seeing somebody else’s work.

In what ways is Silence different from your other work?
When I read Silence in 1989, I knew it right then that I had to adapt it. I had just made The Last Temptation of Christ, and I knew I couldn’t approach this film that way. It needed to have its own style. I had to let it grow in me and think about it without thinking about it, meaning contemplation and meditation. So it is different in that aspect from my other movies.

What would you say is the relevance of religion in today’s world?
I would speak for myself here. I am interested in how people perceive G 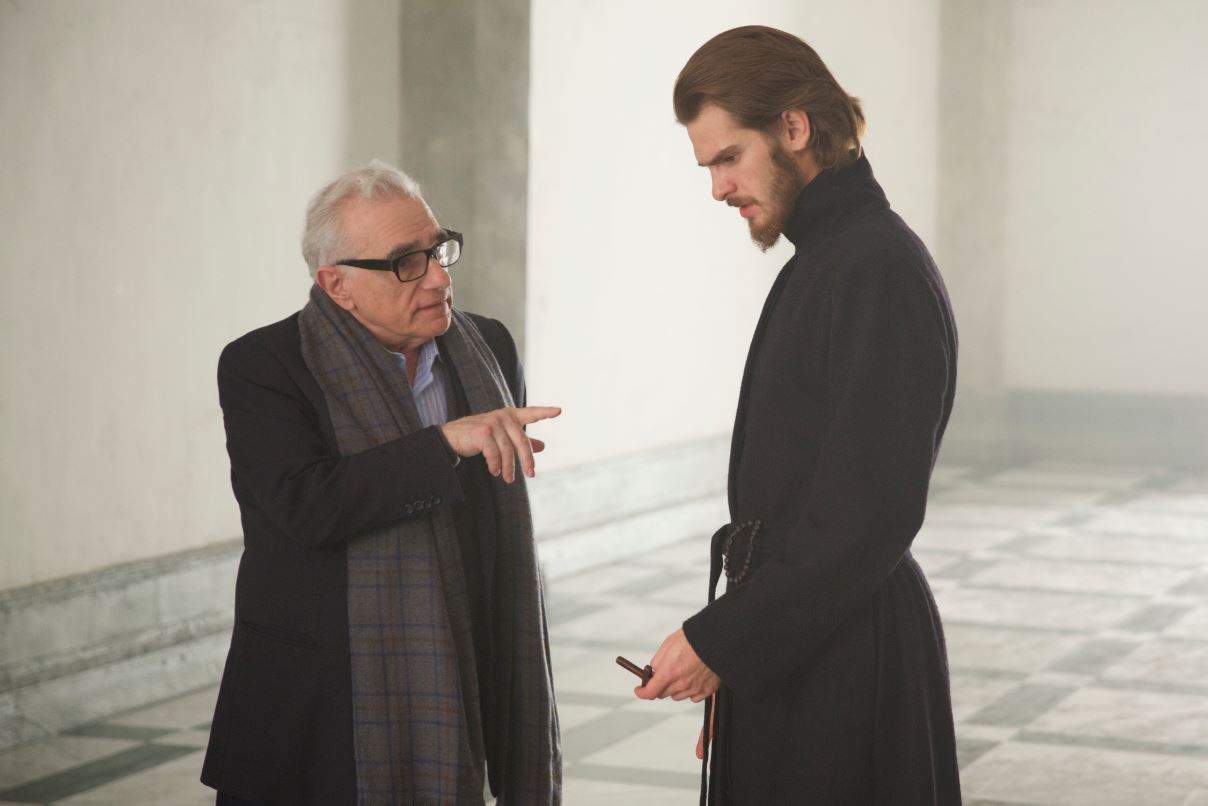 od. I am interested in how they perceive the world of the intangible. There are many pathways and I think that the one you choose depends on what culture you’re a part of. My way is Catholicism. I’m not a doctor of the church. I’m not a theologian who could argue the Trinity. But the idea of the resurrection, the idea of the incarnation, the powerful message of compassion and love, I believe, that’s the key.

What are some of the films you've worked on that are close to your heart and why?
Aviator was just a joy to make. Appreciating the moments of grace that I received during those years, to be able to make certain films and meet certain people. Careening and stumbling through a personal life, and still trying to deal with it. Then, Silence of course.
When I was younger, I was thinking of making a film about being a priest. I wanted to follow in Fr Principe’s footsteps, so to speak, and be a priest. I went to a preparatory seminary, but I failed out the first year. And I realised, at the age of 15, that a vocation is something very special, that you can’t acquire it. You have to have a true calling.

While the themes for your films are usually similar, the subjects are really diverse, from Taxi Driver and the Aviator to Hugo and now, Silence. What is it that drives you to bring out such varied stories to the fore?
I was raised with gangsters and priests, that’s it, nothing in between. I wanted to be a cleric. I guess the passion I had for religion wound up mixed with film. And now as an artist, in a way, I’m both gangster and priest. I’ve always been fascinated by mysteries of the mind because it’s how we perceive what we term reality.

What was your experience working  with Liam Neeson and Andrew Garfield and what was the reasoning behind their casting? Andrew is the right age, but more importantly, he has the ability to handle the role. And he cares. Frankly he’s a god-send. The actor who would play Rodrigues had to have the ability and understanding to deal with the complex issues that inform the character. With Liam and Ciarán (Hinds), I needed people with a certain gravity, people who understood stillness and… silence. Every second that they were on screen had to count, and they needed to provide a contrast to Andrew and Adam (Driver), whose characters are younger, thinner, more impulsive. I also needed the audience to see that contrast visually — the thin, angular faces of the two younger actors, who move quickly, in contrast to the older, more becalmed, physically grounded actors.

Which films would you count as great influencers?
I’ve been inspired by many films. Many Asian films. Many European films. Many American films. I live with them. They’re with me. Some of them I’ve gone back to many times like, The Searchers, for instance, or Vertigo, or 8½. The Rossellini films  —  Open City, Paisan, and Voyage to Italy. 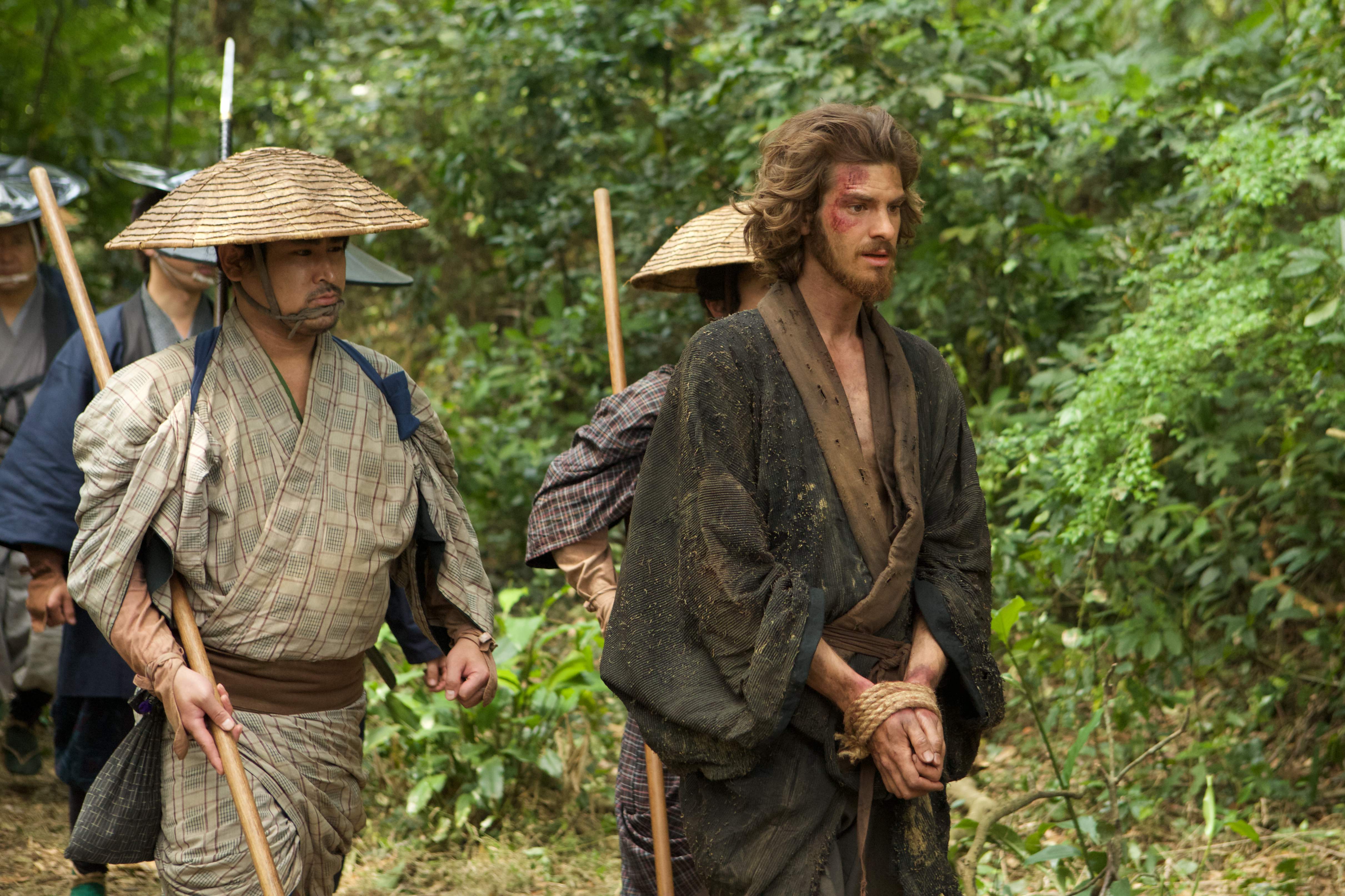 Ordet, on the other hand, I’ve only seen once. I can’t go back to it. It’s so pure, so beautiful, so shocking. In every instance, you’re spiritually transported and transformed.

What are your thoughts on contemporary cinema?
The cinema I grew up with and that I’m making, it’s gone. The theatre will always be there for that communal experience, there’s no doubt. But what kind of experience is it going to be? Is it always going to be a theme-park movie? I sound like an old man, which I am.

What do you enjoy doing on your time off?
I’m not a workaholic, I think. But on a Saturday, I do some editing on one of the projects. And then for two hours or so, I see a film in my screening room. After that, it’s getting home and having dinner with family. Every Saturday, I screen two movies for my daughter and friends. I’d like her to take up after me.

What other projects are you working on, and when are they expected to hit theatres?
I am again teaming up with Leo (Di Caprio) on a thriller titled The Devil In The White City which is in the development stages as of yet. I am to shoot The Irishman with Robert De Niro and Al Pacino. I am also developing a biopic on George Washington which is titled The General, and another one on Mike Tyson.

A typical day in your life…
Creative pandemonium and ecstasy all bottled up together.