A look back into Superstar Rajinikanth’s career best Baasha

The date was January 12, 1995. It was a week ahe-ad of the international release of Before Sunrise, and director Richard Linklater had perhaps not made up his mind about writing its sequels. Meanwhile, something huge was set to be unleashed on Tamil cinema; something monumental that would elevate the status of a  star to dizzying heights from which  he  would never descend. It was two days before the Pongal festival, and as was the norm in Tamil cinema, many films—eight, including Baashha — were set for release, including Kamal Haasan’s Sathi Leelavathi. While the other seven went on to get released on Sunday, January 15, Baashha secured an advance release, three days ahead of its competition. Even in those days, you knew it wasn’t wise to have your film release alongside a Rajinikanth-starrer. 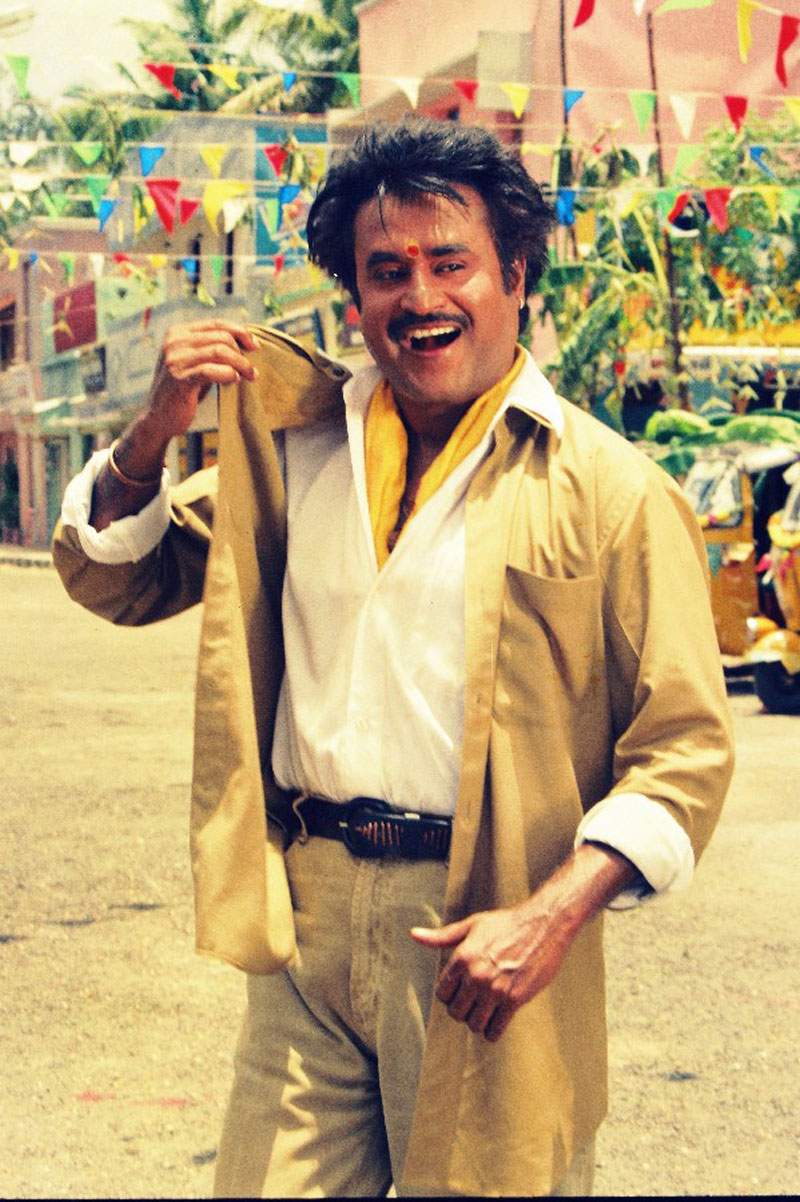 Film historian G Dhananjayan remembers that the film wasn’t advertised too aggressively. “Posters were put up around the city, but the promotions weren’t as exhaustive as they are today.” You didn’t have social media then. Hell, you didn’t even have internet then. VSNL’s dial-up connection—whose connecting sounds were immortalised by AR Rahman in the opening bit of Oh Maria from Kadhalar Dhinam — was to be launched only months later in the same year. Rajinikanth’s fan clubs, as many as they were even then, hadn’t yet exploded out of calculable reach. It was three years since the release of Annamalai, and Rajinikanth had suffered the debacles of Uzhaippali and Valli. His previous collaboration with Suresh Krissna, Veera, had redeemed his reputation somewhat, despite its controversial climax. So, you weren’t quite sure about Baasha.

The title itself was a departure from usual Rajinikanth films, which were either generic summarisations of the protagonist’s character (Padikkadavan, Uzhaipali, Panakkaran, Mappillai…), or relatable Hindu names of the protagonist (Annamalai, Pandiyan, Veera…). You didn’t really know what to expect from Baashha, and if you were a Rajini fan, as I was as a 11-year-old, you were rather nervous. You knew you didn’t want another Valli. You drew hope from the success of the songs before the film’s release. You stuck your pencil into the audio cassette   and rewound Naan Autokaaran over and over. You went back to school after the half-yearly holidays and drummed the song’s beat on benches in between classes. You were the class’ hero if you could sing all the lines right. Sometimes, you got them mixed up, and your friend would say, “No! It’s nallavanga kootukaaran. And then, kambedutha vettakaaran.” 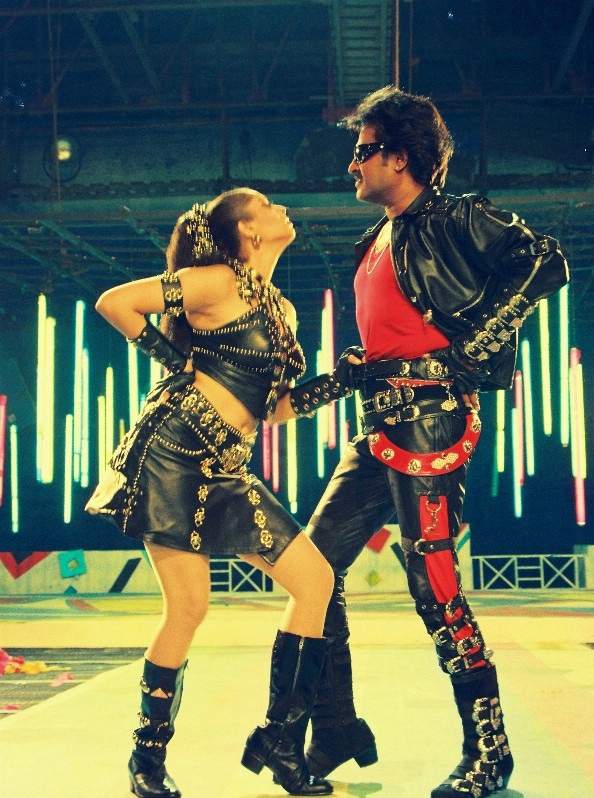 You didn’t get to watch such sought-after films on the first day; not easily anyway. Today, you have people using the hash tag ‘FDFS’ for films, and you want to smirk considering that the most they likely did to buy their tickets was to stay awake till midnight, and open half-a-dozen tabs at once in different browsers. Back then, it was a lot like that famous theatre scene in Mannan, which released three years before Baashha. You didn’t threaten people with razor blades, of course, but you may as well have, considering the jostling you had to endure. You had to endure a sleepless night. You had to endure standing in a queue that was always hopelessly long. And then, after hours of waiting, you likely had to endure being told that the tickets were sold out just as you dragged your hurting feet to the counter. You then likely had to resort to buying the tickets in black, and had to pay an exorbitant price (`200) for the balcony ticket (`30). The excess of then, is the norm of today.

Despite being a huge admirer of the actor, I couldn’t convince my family to get tickets for the first show. We caught an evening show on the first day at the-then theatre of dreams — Devi. Those of us who remember the magic of cinema as watched in that unending screen of Devi can never truly dismiss the theatre. Dhananjayan caught the film in Devi too. “There were hardly five or six top theatres you got to choose from, including Maharani and Alankar.” Sathyam Cinemas then had three single screens, Sathyam, Santham, and Subham. The complex itself was one of several less-glamorous options. You didn’t know then that it would become what it has today. You didn’t know then that it would introduce popcorn and make it taste like dreams.

There were other things you didn’t know. As Rajinikanth breaks into dance for the opening song after saluting the audience, you didn’t know then that one of the background dancers—if you could see him amid the flying confetti, amid the mob running towards the screen so they could join the Superstar in dance, amid the utter chaos following Rajinikanth’s introduction—was a man called Kalyan, who would go on to become a respected dance choreographer in Tamil cinema. You didn’t know that the film you were watching would become the biggest hit of its director’s career; that the director’s career would then begin to slowly fade. You definitely didn’t know that this film would catapult its actor’s popularity to levels that had previously been thought unachievable. As Dhananjayan says, “His statements acquired the power to decide the fate of governments.” On the night of its release, as I happily slept with the reaffirmation that Rajinikanth indeed was the greatest actor in the galaxy, a get-together was taking place on the terrace of veteran producer SP Muthuraman’s house. Actor Mohan Raman remembers the night as if it were yesterday: “I was privileged to be part of the gathering. Not everybody got to meet the Superstar on the day of his film’s release. The man himself joined the get-together at 11.30 pm. I distinctly recall him being utterly thrilled that the film was doing so well.” 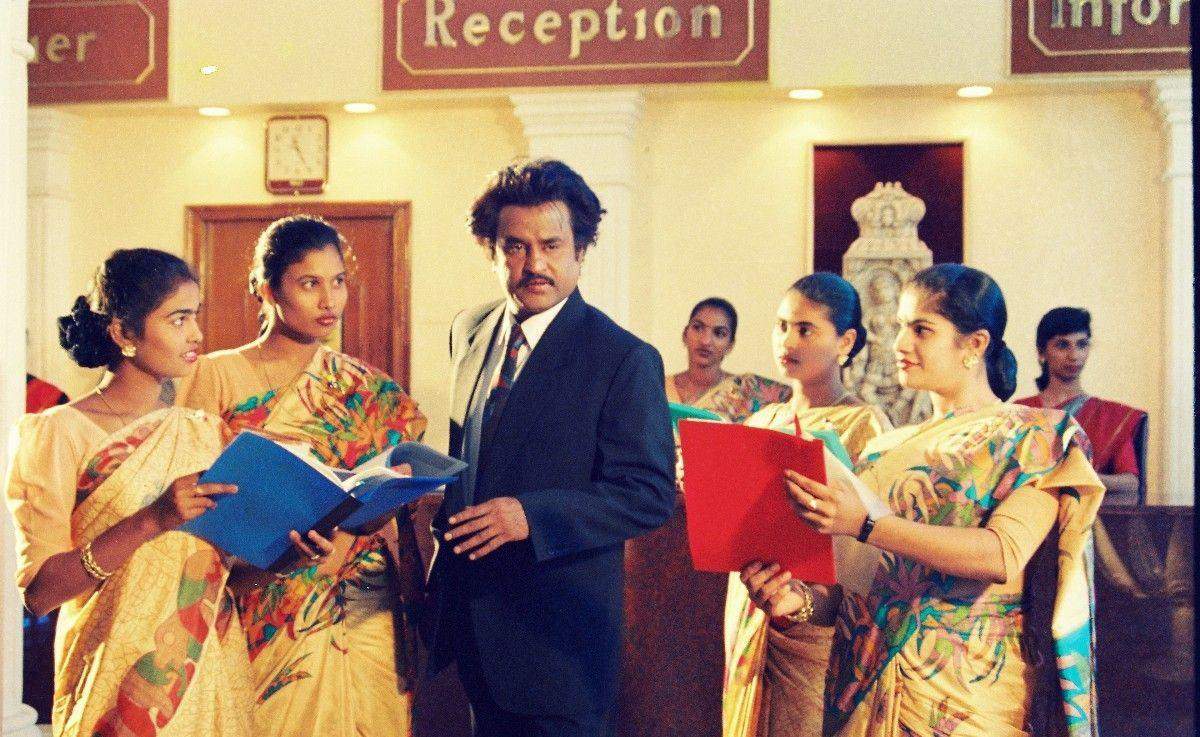 For months after the release, Baashha was all you discussed. If you wanted to watch a film, you went and saw Baashha again. You watched it till you could run the film in your head during classes, scene by scene, dialogue by dialogue. Only two months later did Mani Ratnam’s Bombay come in to share the spotlight. By then, Baashha had become to Rajini what “Thirumalai is to Vijay, and Billa  is  to  Ajith,”  says    Dhananjayan. Something unexpected, something magical had happened in Baashha. Neither Suresh Krissna nor Rajinikanth could ever put their finger on it. And that’s why while lesser films have had sequels being made, Baashha hasn’t. It likely will not ever.

And now, after 22 years, it’s not Baasha’s sequel releasing, 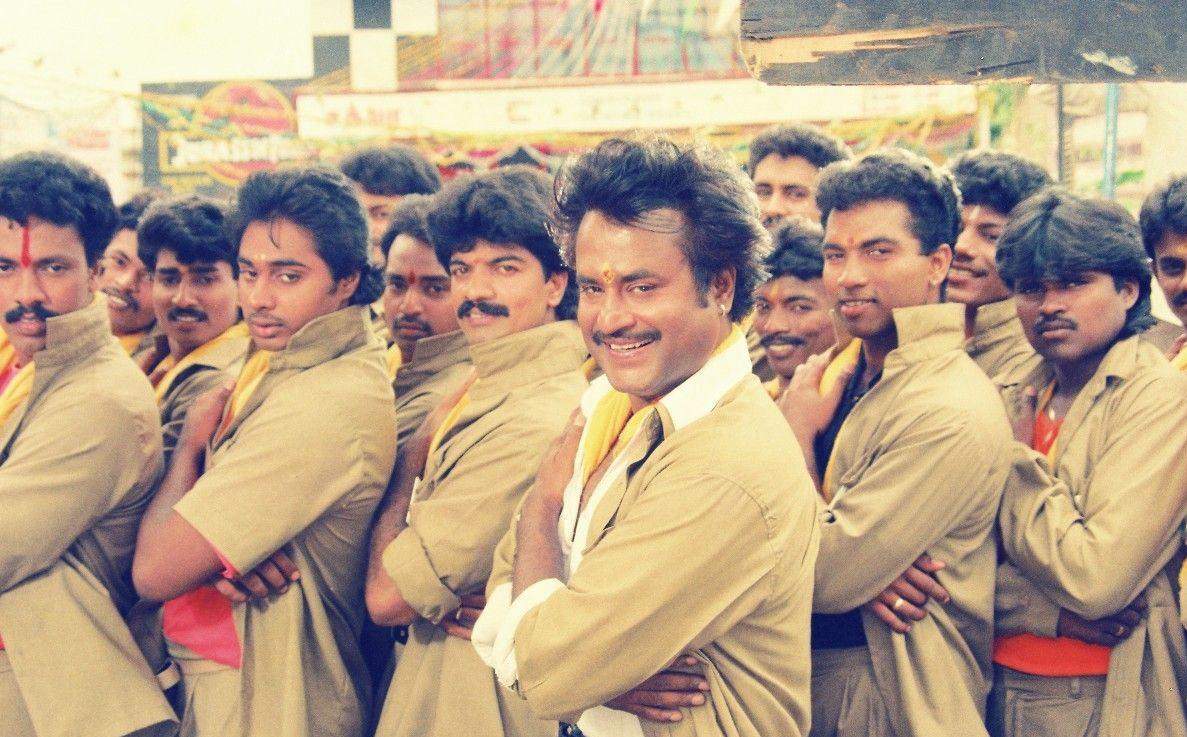 but Baasha itself. Abirami Ramanathan, owner of Abirami Mega Mall, thinks that the timing is all wrong. “Exams will stop families from thronging the theatres,” he says. And yet, seeing as how the opening day’s tickets are all sold out, it seems that the film has survived the test of time. For those of us who knew what the world was like when the film originally released, it’s pure magic that we are now booking tickets for Baashha using devices that hadn’t even been invented when it first released.

The digitally remastered version of Baashha releases in theatres March 3, 2017.