The conservationist filmmakers from Bengaluru who are making a difference

He prefers the company of frogs, snakes, tigers, insects and other species, over that of people. That’s the outcome of being a wildlife photographer and filmmaker. Amoghavarsha JS is the man behind popular films such as Secrets of the King Cobra, Huli and Kali. “But my first film was Jaya Hey Kannada Thaye, which I worked on about five to six years ago, along with Ricky (Kej),” recalls Amoghavarsha.
Currently, he is working on a film titled Wild Karnataka (under the Karnataka Forest Department) that is being shot on a similar scale as that of Planet Earth. He has been filming for two years across Karnataka. “I have worked on a lot of films for the BBC and National Geographic. I thought it’s high time we do something for ourselves,” he explains.
Though his work involves long hours waiting for the right moment to capture a shot, often in exacting conditions, he has no complains. “I like being in grasslands, desserts and jungles. I believe stories
from such places must reach the 1.3 billion people of India. As citizens, we are sensitive, forthcoming and caring towards conservation and this is the way ahead,” he signs off.

Bhavani GS
Originally an artist, Bhavani GS is perhaps best known for her film Journey with River Cauvery (2012). “I just embarked on this journey without the intention of making a movie. But I had my handycam with me and so filmed my experience,” says the filmmaker. Since she hails from Coorg, the river is a place of worship for Bhavani. Through the film, she explored the journey of the river up to the Bay of Bengal.
The footage is from traditional spaces of worship, areas of contamination, rituals of bathing, washing and other human activity connected with the river. 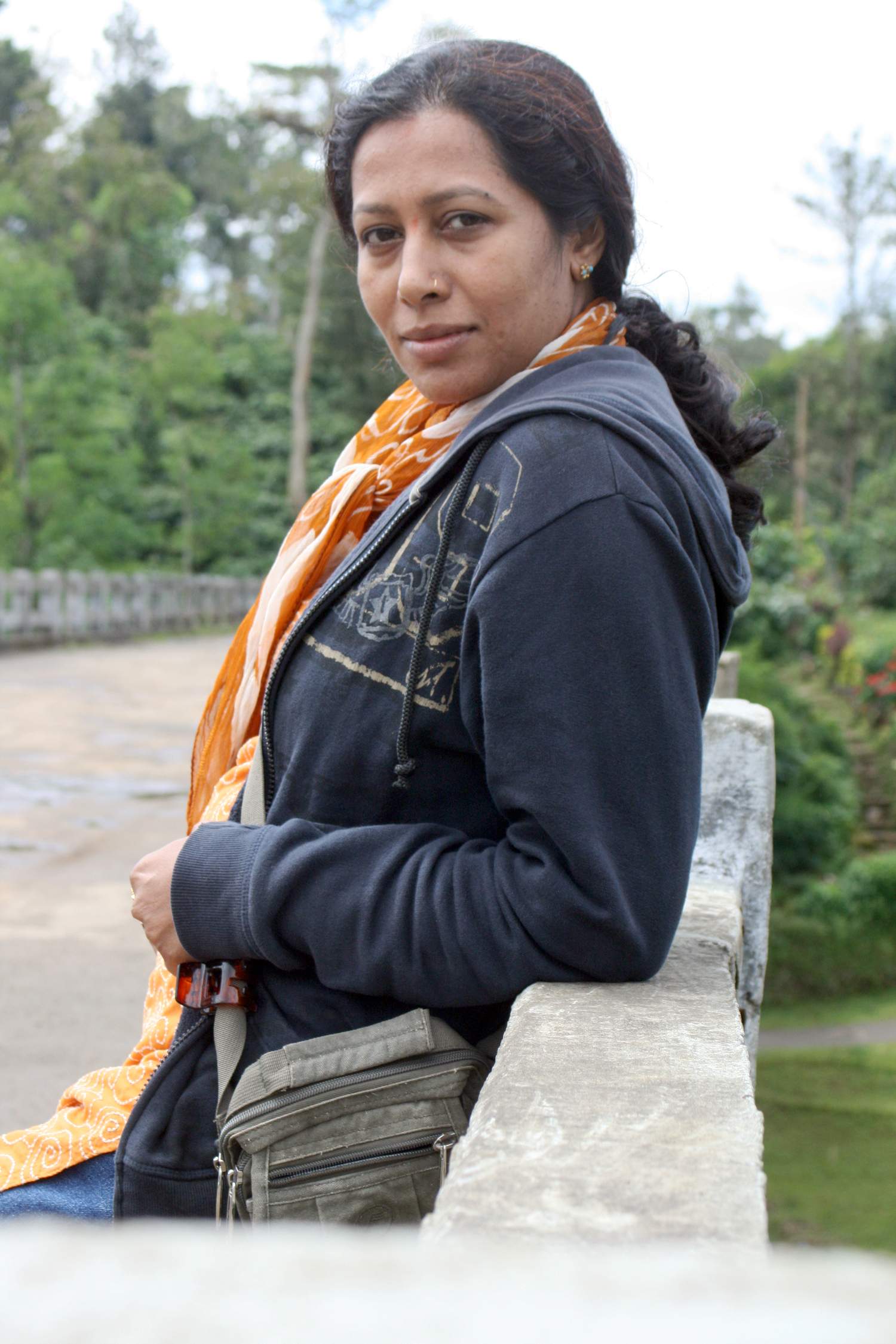 Her movie Embedded Water takes a practical look at how much water is used in manufacturing food as well as non-food products. It presents a layman’s perspective to the issue and hence has struck a chord at all the festivals it has been showcased at. Her latest project which was born out of an artiste residency in Germany titled River Of My City And Isar is about the river Isar which flows through the city of Munich.  “I have footage of how the river is treated with so much respect there. People swim in it, drink from it and picnic around it. In contrast, I’m speaking about the river Vrishabhavathi in Bengaluru,” she concludes.

Sugandhi Gadadhar and Rana Belur
Software professionals, Sugandhi and Rana are passionate wildlife and nature filmmakers. Married for four years now, the couple has worked on themes such as the man-animal conflict resolution in Bandhavgarh Tiger Reserve, tree parks of Karna-taka, Rhesus Macaques, Swallow-tails and more. When the city was protesting against the proposed steel flyover in Hebbal, the duo made a parody video of Hitler talking about the issue, from a scene from the movie Downfall. The video garnered over 4,000 views on YouTube. The couple’s newest movie is called Daroji. “It is a short film for children. It introduces them to wildlife, specifically those from in and around Daroji Sloth Bear Sanctuary in Karnataka, India,” Sugandhi tells us. Bindu, a female Indian sloth bear, tells the story of different families, including her own, and shares a friendly note with her audience, suggesting that man and animal can coexist in harmony. The movie has been selected for about eight international film festivals in Texas, California, Seoul, Toronto and beyond.