Exclusive interview: Guillermo del Toro on the chances of The Shape of Water at Oscars 2018

HE Is considered to be one of the most creative and interesting filmmakers of our time. And, his fans will attest, Guillermo  del Toro is the go-to-guy for all things fanciful, mysterious and dark. His obsession with monsters has been talked about as much as his recent film, The Shape of Water, which picked up a whopping  seven Oscar nominations this year. The filmmaker speaks with Indulge about why The Shape of Water is the best movie he has ever made, when he first conceptualised the idea, and how James Cameron helped him along the way. 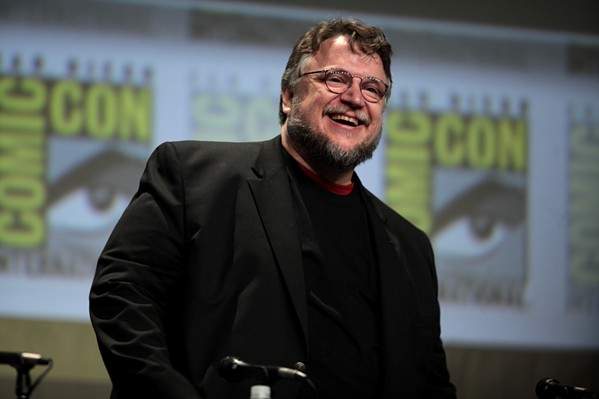 You have more nominations than any other movie at the Oscars this year. Did you wake up early to get prepared?

I had been travelling a lot, so I said to my manager, “You call me when everything happens, and we’ll see.” It’s not very glamorous. I sleep with a Sleep Apnea machine... (It’s) very sexy (laughs). I was asleep and I got a message, so I grabbed my phone, but couldn’t find my glasses. I had my sleep machine on, like Darth Vader, and I just couldn’t find my glasses. So, I went, “If it’s important, he’ll call again,” and the phone beeped again. I grabbed the phone next to my eye, and I read: “Nominated for…”. And, I was like, “Great!” It took me four nominations to find my glasses, so it’s good that it was seven nods, in all.

How would you compare it to your other movies?

It’s the movie that I like the most, which I have ever made — it’s the best movie. It was really difficult to make. We opened at the Venice Film Festival, the first time we showed it, and it won the Golden Lion and I cried, like Miss Universe, except with different measurements, 80-80-80 (laughs). But, on a serious note, this movie is so personal to me, that sometimes there are two scenes I cannot discuss without weeping.

When did you first think of the idea for this movie? Was it a recent thing?

No, no, it started when I was six. Every Sunday, we would go to church and then watch movies, and at six,  I was watching Creature from a Black Lagoon on TV. And, I thought, ‘What a great love story’. I was sure it was going to end well, and that the creature would come out of the well. But they kill the creature at the end of the movie! (Laughs.) So, I thought, I am going to write that — it took 46 years, but I corrected it. (Laughs.) The seed was definitely the creature, but then, what I liked about it is the idea of falling in love with something that is completely out of the question.

In the film, the creature brings together people on the fringe of 1960s society. Was there a larger message behind this?

Well, the movie is about today, even if it is set in 1962, and I think that today you see more and more differences between people, created by ideologies. People start disliking each other because of race or gender, political persuasion, religion... These are only mental; the beauty of the difference of the other is what is unique, and different from you. You’ve got to love it. You don’t have to fear it. In the movie, we want to show that there is an emotional path, it’s simple — when you say it, it sounds sappy, but it’s love. You can choose between love and fear every day, and the movie chooses love. I mean, it was urgent in this time, to show this message.

James Cameron gets a special thank you in the end credits. How did he help?

Everybody that is thanked in the credits, most of them are people who read the screenplay, saw the design, and gave their comment. For example, James looked at my patterns of colours for the creature, and he said, “You’ve got to break the cool colours with something warm,” and then I added gold, and he said, “Add a little copper,” and I did. It’s something to be very thankful for, because a paint job becomes a part of the expression of the creature. He read the screenplay, gave me encouragement and said, “It’s a beautiful script.”