Exclusive! Alia Bhatt in a candid chat on Raazi, and rumours about Ranbir Kapoor

Alia Bhatt is a chip off the old block, and in many ways retains the brazen, unabashed attitude and opinionated yet humble and worldly wise demeanour of her father, the much feted actor-director Mahesh Bhatt. She could easily have been the scion of the Bhatt Empire too, but Alia chose instead to make her debut with Karan Johar’s Dharma Productions.

Alia Bhatt also happens to be one among the most prolific and talented actresses in tinsel town, given her charming, easygoing sense of style, and plainspoken grasp of glamour, sans the grease paint (she often shuns make-up). She is indeed a picture-perfect combination of beauty and talent par excellence.

It is difficult to imagine that Alia is just 10 films old, and that she has already created a niche for herself, while also creating ripples in the industry with groundbreaking scripts done with the best production houses, the best Bollywood megaphone wielders (read: directors) and above all, the best actors and co-actors available. How can one forget that from the word go, as a child actor in Sangharsh in 1999 and with as a young debutante in Student of the Year in 2012, she has always been on top of her game.

Now, Alia is all geared up for Raazi, in which she will, for the first time ever, enact the role of a spy — one named Sehmat. Alia took time off her schedule to chat with Indulge about the film. Excerpts from the interview:

To set the ball rolling, what is your take on your film journey — from your debut in Student of the Year to your last release, Welcome To New York, including Sangharsh, as a child actor.
Indeed, my cinematic journey’s first ever stopover was Sangharsh as a child actor. But, I was a mere child then, and everything was like a family affair. Sangharsh was written by my father Mahesh Bhatt, produced by my uncle Mukesh Bhatt, and directed by our family friend, Tanuja Chandra. So, doing Sangharsh was more like having a lot of fun and also, being pampered a lot.

That apart, in my last release, Welcome To New York, it was just a guest role — playing myself. But my real journey from Student of the Year to Badrinath Ki Dulhaniya was not really fun. I toiled real hard to be accepted as an actress. No doubt, there were a few downs and more ups. I was really disheartened and upset with some of my films not really working like Shaandaar, Udta Punjab and Dear Zindagi.

One can’t say that I banked heavily on these three films only as I always put my heart and my soul, and my ‘mehnat’ (hard work) into all my films. But, nevertheless, my overall journey was quite fulfilling, exciting, and enriching. I could go on and on, but suffice to add that I have learnt a lot. I am not very ambitious, yet I feel that I have miles and miles to traverse before I can compare myself even remotely to the legendary actresses of yesteryears.

Was there a reason for choosing not to get launched by your family’s home banner, Vishesh Films?
There’s nothing specific about it. But if a boy of the house says that he wants to make it in any arena on his own steam, then why can’t a girl also do so. Yes! I too wanted to make it on my own steam. But my plans backfired simply because my family is too well-known. So, I really did not have to struggle the hard way. As the first ever office of Dharma Productions that I stepped into was Karan Johar’s, who was on a casting spree for Students Of The Year. But, he did put me through a lot of gruelling and vigorous tests, and then after auditioning almost 500 girls aspiring for the same role of Shanaya Singhania, I was luckily selected.

Time to reveal a few nuggets about Sehmat, the female spy of Raazi...
Right from the time that my director, Meghna Gulzar, had narrated the script of Raazi, she had my ‘sehmat’ (agreement) about the role of a spy named Sehmat. So in Raazi, I play the role of a daughter, a wife and above all, the role of a spy, all rolled into one. Yet, the guilt that Sehmat feels as a wife was the toughest to portray. And, after portraying the role of Sehmat, one additional thing that I learnt was the sheer selfishness of people like her, and above all, the sheer willingness for which they are ever ready to give up everything, including their life for their nation.

Can you narrate the gist of Raazi in a nutshell?
Only briefly, as much as I am permitted to, or else Karan (Johar) will kill me for being a spoiler. Yes! I have grown past the stage of calling him Uncle. So, Raazi is being produced by Junglee Pictures and Dharma Productions, besides being directed by Meghna Gulzar. Raazi is literally based on the novella by Harinder Sikka titled, Calling Sehmat, and it stars me and Vicky Kaushal of Masaan fame in pivotal roles. Basically, in Raazi, I enact the role of a young, naïve girl who takes a firm decision to turn into a spy, and goes all out to risk her own life for the sake of her country, thereby jeopardising her character
of a daughter and a wife.

Besides that, the other spying act comprised of Morse Code. The film has a lot of “intel” that I transfer through Morse Codes. Actually, I had to memorise all the Morse Codes, but in reality, I ended up mugging all the codes, right up to its minutest details. That apart, the most terrifying part was when I had to drive a Jonga Jeep. My goodness! I have never driven anything, I mean any vehicles, no... not even a cycle in all my life.

So, I was not only nervous, but even scared shit. Yet, it was very essential to do that, as there was a crucial sequence in the script for which I had no option but to learn to drive that Jonga Jeep, a sort of a military jeep. My driving lessons used to take place in the basement of Dharma Productions’ office, that too at 7 am sharp. And, last, but not the least, my favourite sequences of Raazi were the ones that involved a lot of spying activities. I really loved all the sly spy sequences in Raazi, where I was doing all the bugging and debugging all the time.

Alia Bhatt is now known as the female version of Amitabh Bachchan for endorsing any and every products that too left, right and centre. What say?
So what? I am indeed honoured with this left-handed compliment. But, still, I would say that as of now, I am indeed endorsing a lot of products, but still, it is nothing compared to the others. Yet, I can’t say that I am blindly signing on the dotted line without believing in the authenticity of these products. So let me make hay while the sun shines!

For an afterthought, would you like to add anything else in this exhaustive interaction?
No, not really! But on second thoughts, the rumours and the gossip of tinsel town is now really getting too far for comfort. But then, that’s a part and parcel of being a public figure, a price that we all have to pay in the long run.

How come you enjoy being in the comfort zone with all your heroes - right from your Student Of The Year co-stars Varun Dhawan and Siddharth Malhotra to your upcoming film Brahmastra’s co-star, namely Ranbir Kapoor?
Yes! I do have a professional comfort zone with all my co-actors on the sets. But then, I don’t believe in having the same equation with them on a personal level. But of course, now it has become a routine to link up my name with any and every co-star. And now, it is the turn of Ranbir Kapoor, my co-star from my upcoming film, Brahmastra. Right from the beginning, I have never accepted nor ever denied any such rumours and gossips.

You see, when we do a film, we are thrown together for a longer period, so it is but natural that we occasionally go out. The rumours of Ranbir Kapoor and me started when we were shooting together for Brahmastra in Bulgaria. And co-actors do invite each other for their social and filmy events too. So what’s the big deal? Rest assured guys and gals, when Alia Bhatt falls in love or ties the knot with her prince charming, she will surely let the world know by shouting herself hoarse from the rooftops.

That’s my entire filmy repertoire till this date. And, of course, I loved working with all my heroes — right from Varun Dhawan to Vicky Kaushal. Sayonara! 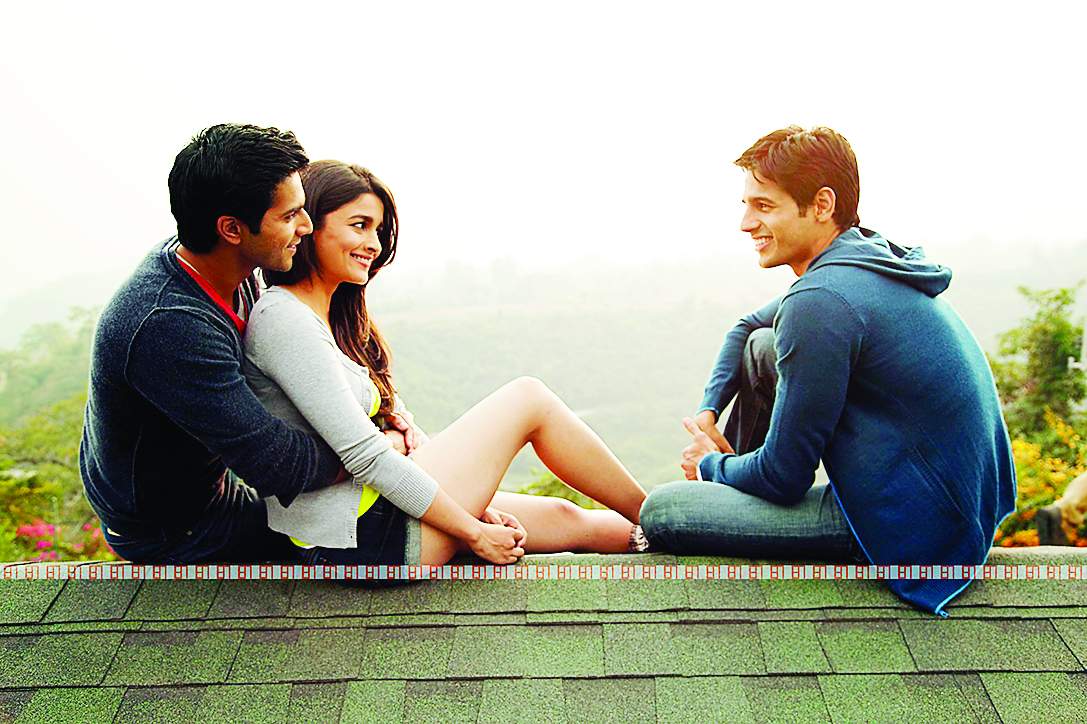 Student of the Year (2012)
Almost all debutante leads in Karan Johar’s movies have charted successful careers in Bollywood. It’s the same for Alia, who did a wonderful job in Student of the Year. With grace and spunk, she stole the show from Varun Dhawan and Sidharth Malhotra. 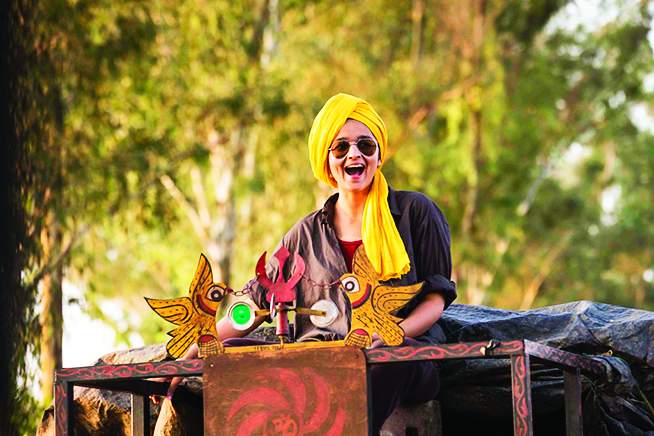 Highway (2014)
Easily one of her best performances to date, her role in Highway was remarkable in more ways than one. This gem of a movie by Imtiaz Ali added a superior dimension to Alia’s acting chops and proved that she can hold her own amidst the presence of high-profile co-stars like Randeep Hooda. 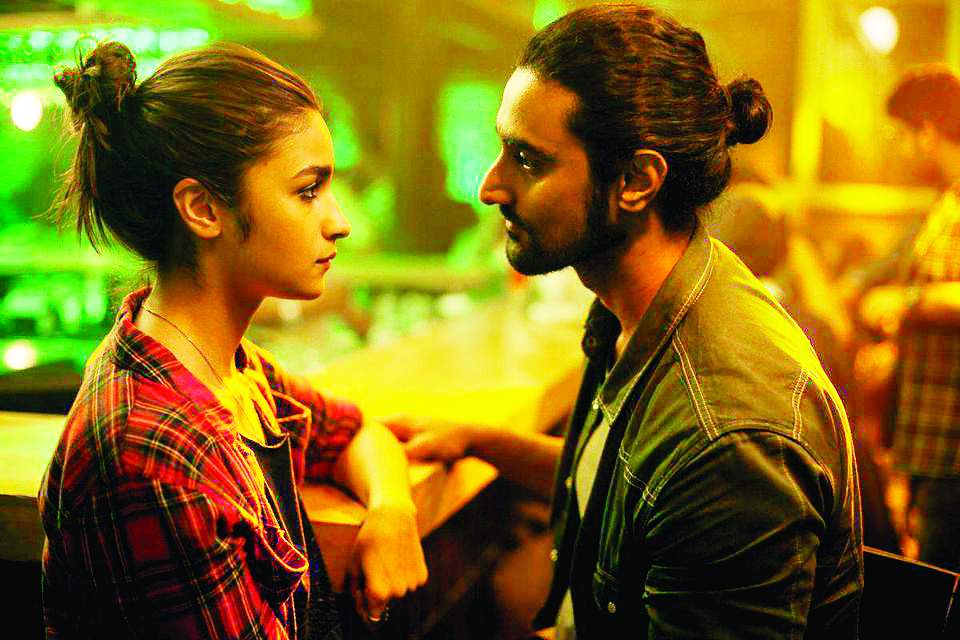 Dear Zindagi (2016)
Dear Zindagi, with Shah Rukh Khan and Kunal Kapoor in the cast, was one of the best films of 2016, even though it underperformed. At the centre of it all was Alia, whose performance was the driving force of this movie. It also earned her a Filmfare Awards nomination. 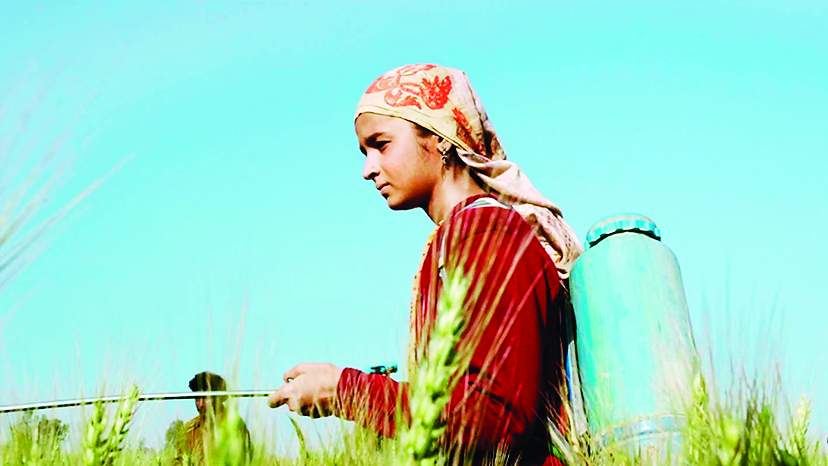 Udta Punjab (2016)
2016 was a double-bill for Alia’s fans, with Udta Punjab being her second movie of the year. Although the spotlight was on Shahid Kapoor before the release, Alia held her own in this movie and won numerous awards for this role of a migrant labourer. Badrinath Ki Dulhania (2017)
It’s fair to say Varun Dhawan brings out the best in Alia. Badrinath Ki Dulhania was the third time they were sharing screen space, and needless to say, their chemistry was flawless. With a fine script and soundtrack, this movie was right up Alia’s alley.