We all know with certainty that the critically acclaimed Bollywood film Queen that starred Kangana Ranaut is going to be remade in Tamil entitled Paris Paris featuring Kajal Agarwal. A few days after the sneek peek we got of the Magadheera actress’s de-glam avatar from the candid video released by the crew, Kajal Agarwal has taken to Twitter to present the first look poster of the film.

On the poster as well as the video we can’t help but notice the similarity that Paris Paris shares with Queen. From the locations to Kajal Agarwal’s sweater and kurti combo attire, hennaed hands and the quirky pose, strikes a deep resemblance. The makers of the film have reportedly stated that Paris Paris will be modified in order to match the sensibilities of the southern audience. 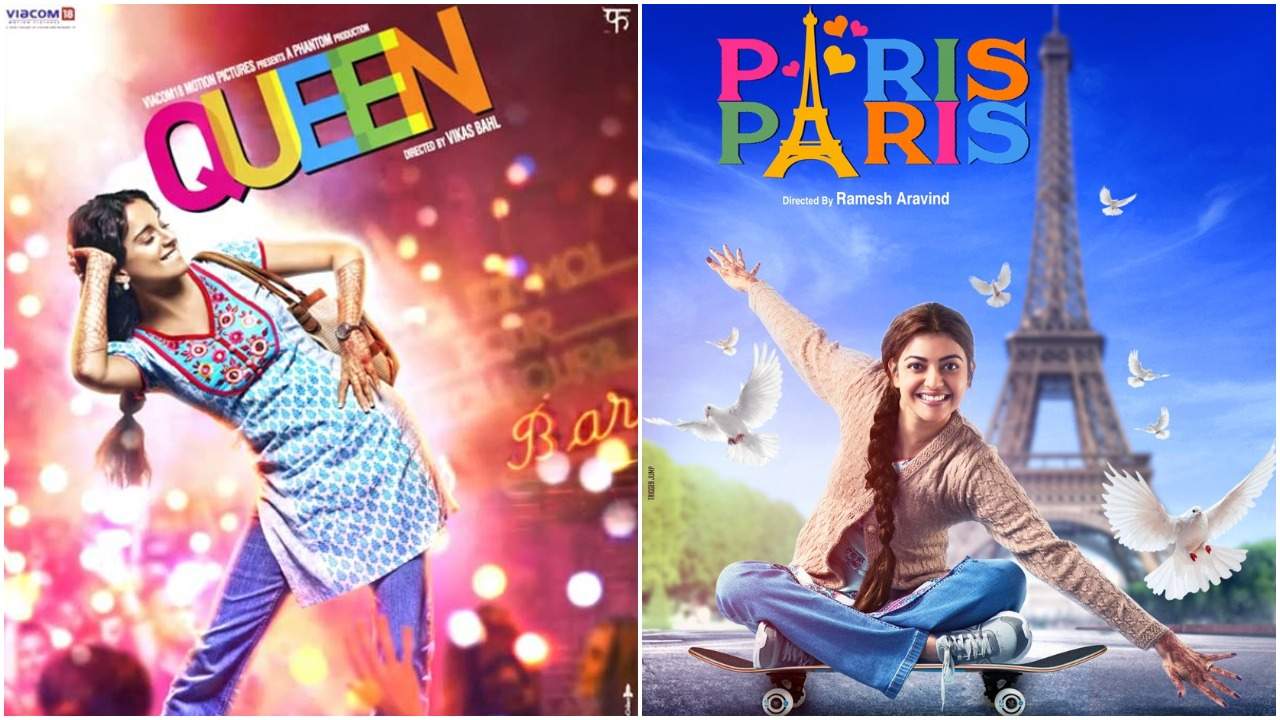 Queen is the story of a punjabi girl who sets out on a solo honeymoon to Paris and Amsterdam, while in Paris Paris Kajal will be essaying the role of Parameshwari from Tiruvannamalai who goes on a Thanimoon, as she humours in the video. The film is set to be shot in Paris, Barcelona and London. Actor and director Ramesh Aravind will be helming the film. Amit Trivedi will be composing music for the upcoming remake, so we can expect to hear some London Thumakda with a southern twist. Reports say the film will hit the theatres in mid-November. The Telugu, Malayalam and Kannada version of the movie will feature Tamannah as Mahalakshmi, Manjima Mohan as Zama Nazreen and Parul Yadav as Parvati. Will the stories of Parameshwari, Mahalakshmi, Zama and Parvati follow the success story of Rani?

Can't wait for you to witness the unconventional journey of #Parameswari!
Here's the first look... #ParisParis