Nandita Das and her actors share a special relationship with Manto, here's why

Actor and filmmaker Nandita Das hasn’t read a book in a really long time. Nandita, whose second film as a director, Manto, released last week, has been juggling between two roles — and, she attributes this to her not being able to pick up a book. “Thanks to being a full-time, hands-on mother and a director-writer-producer, I haven’t read anything in a long time. There’s enough to be done right now, but I am looking forward to a break, to pack in some good reading,” she says between sips of jasmine tea.

The actor-director who has been globe-trotting talking about her film, will head to the Busan Film Festival in South Korea next, and then to BFI London Film Festival 2018 (where Manto will get two screenings, and one of the shows is already sold out). Now that the film has released and received rave reviews, the filmmaker is looking forward to the downtime for another important reason. “By mid-October, the Manto journey will be formally over. I will have the time to read six scripts and reply to producers,” says Nandita, who is now getting more offers to direct. The writer’s muse
It’s Nandita’s eye for detail and objective approach to a biopic that seems to have opened doors for her. Manto is not just a film about Pakistani writer Saadat Hasan Manto. Her approach adds several layers to his story with a microscopic view of relationships, social stigmas and freedom of expression. Nandita took five years to research, read and write the script before it went on floors in 2017. However, her journey with the writer, started long ago, when she was just a teenager.

“I read Saadat Hassan Manto first in college, when I was 17. I also watched a play that was based on one of his stories and was fascinated with him. Then I bought a five volume collection in Devanagiri, so I could read his stories in a script I understand,” she recollects. It was during the centenary celebrations of Manto, in 2012, that her interest in the writer was rekindled. She discovered new perspectives, after she read articles on him and his essays that were republished. “I felt this man is incredibly relevant to our time. What he believed in and what he stood for resonated with my own concerns. I had found a way to respond to what was happening around us through Manto,” she offers.

Train to Pakistan
Once Nandita decided to make the film, she went an extra mile to get every detail right. Though Manto has written a lot about the times he lived in, very little was recorded about him and his lifestyle. So, the filmmaker was keen to spend time with Manto’s family — his daughters and sister-in-law, who still live in Lahore. The first time she visited them, Nandita was in Pakistan for a conference, while the second time she wanted to go, the family insisted that she stay with them at their house. Recalling their hospitality, the director shares, “I was keen on taking something for them from India. They refused, but when I insisted they said, ‘Yahan achcha paan nahin milta. Achcha wala Kalkata paan lekar aao.’ So, I took boxes and boxes of paan.” 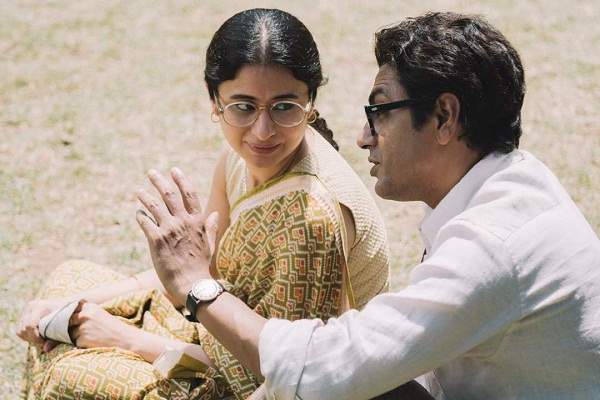 During her stay, what Nandita discovered became a critical part of the film’s narrative. It was the parallel story of Safia, Manto’s wife. “I wanted to make a film about Manto, but also about the relationships he had. I wanted to know more about Safia. Though she was very supportive of Manto, the soft-spoken woman had gone through much angst and trouble. I had to really dig deep into those aspects,” she explains.

Today, the film stands as a testimony of the filmmaker’s hard work. Right from the sets, the look of the characters, dialogues to even social issues portrayed on screen, everything was dealt with an exhaustive yet sensitive approach. Despite the fact that she chose the Partition Era (1946-’50), the film touches upon topics that are perhaps more relevant today. “The relevance has only increased, there are Mantos who are speaking up and are put behind bars or are being killed. A lot of young people also relate to Manto as he had that rebellious quality. In fact, most Facebook pages on Manto are started by young people. I believe we all have that ‘Mantoyiyat’ in us — we all want to speak freely and we don’t want to be self-censoring ourselves whether out of politeness or civility,” signs off Nandita, with her tea cup in hand. Actor Nawazuddin Siddiqui tells us why he agreed to bring Saadat Hasan Manto alive on screen, and why the film’s theme is relevant today

To say that Nawazuddin Siddiqui has done justice to Manto’s role is an understatement. No matter how  objectively one watches the actor in the new release, few will disagree that the actor is as riveting as the infamous Pakistani writer who kept fighting his battle for the truth till the end. In one of the opening scenes of the film, Manto says, “Agar aap mere afsanon ko bardashth nahin kar sakte” (If you cannot bear my stories), “toh iska matlab yeh hai ki zamana hi naaqabil-e-bardashth hai” (it is because we live in unbearable times). The conviction with which Nawaz delivers these lines, makes you believe that you are watching Saadat Hasan Manto himself on screen.

Ask Nawaz how he managed to be so convincing and he says, “Manto wrote what he saw during his lifetime. He was daring and he had the courage to write such real-life, true stories. People used to malign him, and there were many cases filed against his stories, but he was never intimidated by this, as he was brutally honest from within. The biggest challenge for me was to become like Manto. I had to train myself to become bluntly honest from within. Method acting is okay, but this time, I kept all the techniques aside, and persevered to be as honest as possible.

I wanted the audience to believe that Manto’s thoughts are my thoughts too.” True to his diligence, the actor’s consistent performance shines throughout the film. In another scene, Manto says, “Main meri kahaniyon ko ek aaina samajhta hoon jismein samaaj apne aap ko dekh sake” (My stories are mirrors for society to see itself) — a thought that seems to resonate with the actor. Yet, the artiste offers his opinion with a pinch of salt. “Manto’s relevance in today’s time is questionable. He is relevant to those who have a conscience, and to those who use their intellect, have sensibility and courage to bring forth the truth. But for those who are foolish in their thinking, no matter which writer’s work is presented to them, it won’t be relevant.”

It is evident that Nawazuddin has delved deep into Manto’s character. Complementing him is Rasika Dugal, who plays the role of Safia, the writer’s wife. There are moments in the film, where Rasika seems to outshine everyone else in the scene. Nawazuddin agrees and says, “Rasika is a perfectionist, even if she would give a good take, she would ask for another take to better herself. The reason I enjoyed working with her is because she is honest and true to herself as an artiste.”

This openness and frank approach to everything seems to have reflected even on reel. However, Nawazuddin admits, he has had to restrain himself, and isn’t as candid like he was earlier. “Today, I think a lot before saying anything, because I want to portray a good image. I keep saying only good things about myself and I never share my bad qualities. Though there is evil within, I don’t share it, because people get judgmental. I had to be honest like Manto when preparing for the role, but I had to face a backlash. People started judging me saying he is such a ‘sick’ person, but what they forgot is, I was saying the truth,” asserts the actor. 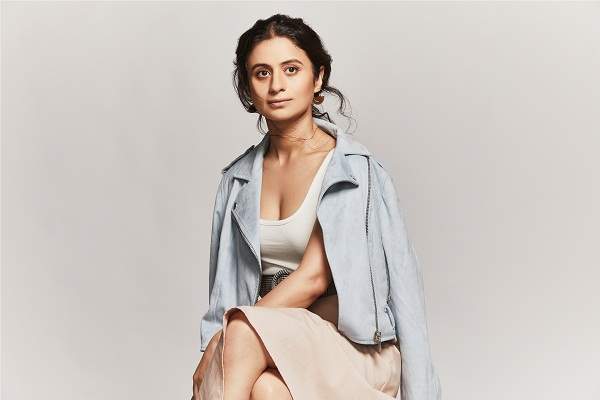 Rasika Dugal reveals how she read books, and researched her role, before portraying Manto's wife, Safia

When the first look and trailer of Manto were out earlier this year, Rasika Dugal’s striking resemblance to the writer’s wife, Safia, was something that was being spoken about by everyone. After the film released last week, one of the most-talked about aspects of the film is not her looks, but Rasika’s nuanced performance, which has certainly made her one of the brightest stars of the film.

The actor brought alive Safia’s journey, from Bombay to Lahore, and her relationship with Manto effortlessly, with understated perfection. Just before the release of the film, Rasika had admitted, “I am very excited. Whether good or bad, all kinds of feedback is welcome. I like the film. Even the audience at Cannes (film festival) who are not familiar with Manto, liked the film and were happy watching it, so I am really looking forward to the release.”

Today, the Qissa (2013) actor, who had been chosen for Safia’s role by director Nandita Das even before the script was completed, is receiving only positive feedback from all corners. In retrospect, the only thing that the actor clearly remembers is the preparation she had to go through. Playing Safia wasn’t easy, particularly because little information was available, other than Nandita’s own research,  Rasika had to understand how Manto’s wife was in real life. Apart from meeting Nusrat Manto, the writer’s daughter and Zakia Hamid Jalal, Safia’s sister, Rasika also read a lot of books written by Manto’s contemporaries.“I understood from her daughter and sister that Safia was a gentle, quiet and a warm lady. My challenge was that, though she was gentle and quiet, I had to portray that she wasn’t a weak person. She kept up her warm qualities even as she watched her relationship decline. I did not want the audience to mistake her to be feeble,” affirms Rasika. In addition, the actor read writers such as Krishan Chander, Rajinder Singh Bedi and Ismat Chugtai, Manto’s contemporaries, and she took Urdu classes to add more depth to her language and dialogue delivery.

When asked if she is fond of books, Rasika admits she used to read a lot, but is now hooked onto web series online. “Luckily, I was able to pick up a physical book recently, instead of my Kindle. I read Into Thin Air by Jon Krakauer when I was on a trekking expedition in Ladakh. It’s not the right book to read on a trek, but I read!” says the actor, who prefers the outdoors and goes for a run when she needs to think. “Exhausting the body is one way to help clear the mind,” offers Rasika who will be seen next in the web series Mirzapur and Delhi Police.