Wonder Woman 1984 trailer breakdown: Easter eggs and details that you may have missed

The trailer for Wonder Woman 1984 has finally dropped and here's our break down of what promises to be DCEU’s strongest contender against the MCU.

Patty Jenkins returns as director and while the movie seems to continue right where the first Wonder Woman left off, the colour and tone of the movie certainly looks a lot different. Set in 1984, as the title suggests, the trailer is cut to the song Blue Monday by New Order - the electronica synthpop sound that dominated the era. 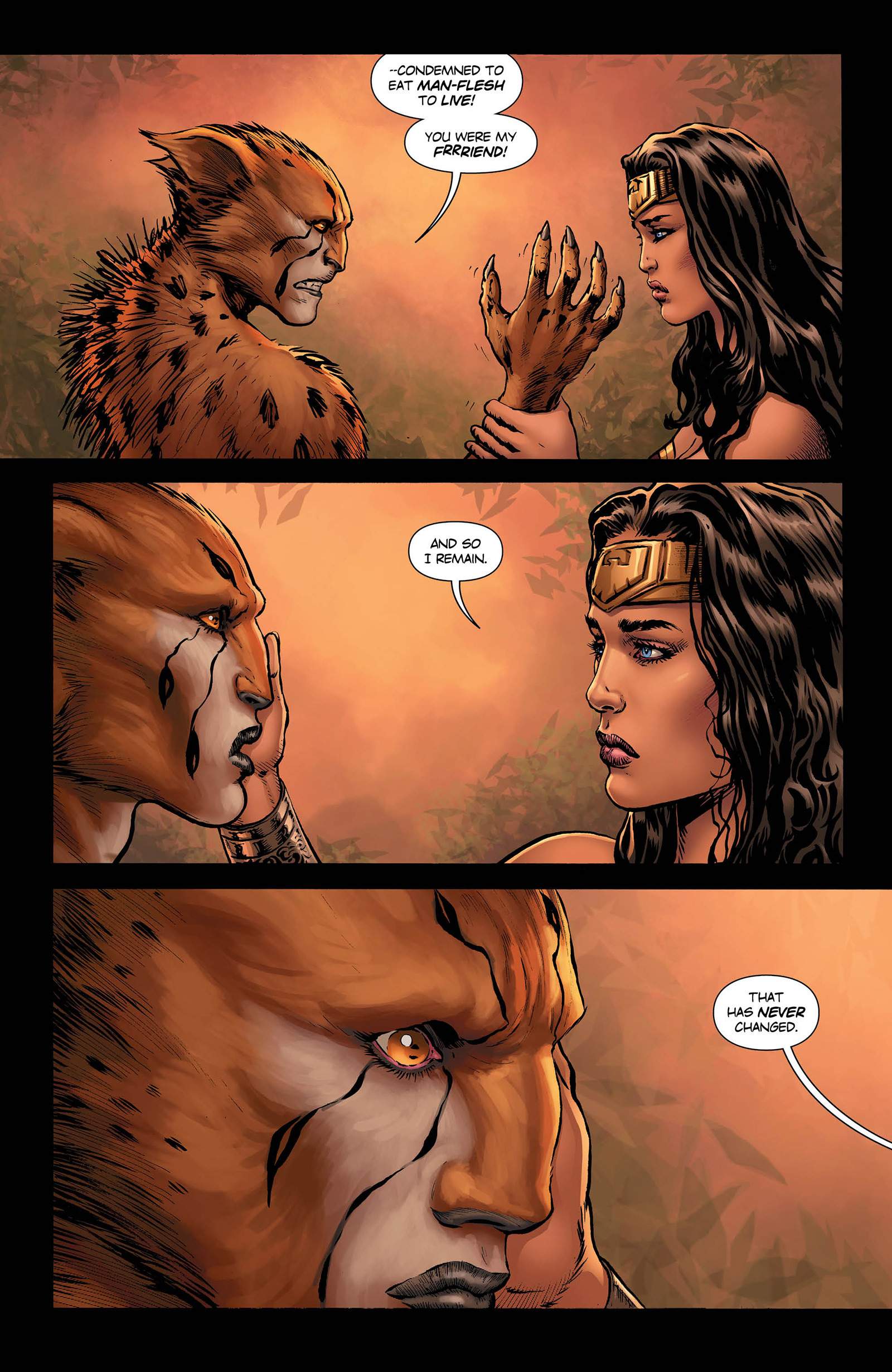 According to the comics, Dr Barbara Minerva, also known as Cheetah, is a British archaeologist and a frequent villain in Wonder Woman. Prior to her transformation into the villainous Cheetah - a side effect of a botched Urzkartagan tribal ritual - Barbara and Diana were once close friends. The portrayal of the two could be loosely based on Greg Rucka's comic book run. In the trailer, the two women are discussing lost loves, and their contrasting perspectives shine a light on the differences between them.

Who is Maxwell Lord? 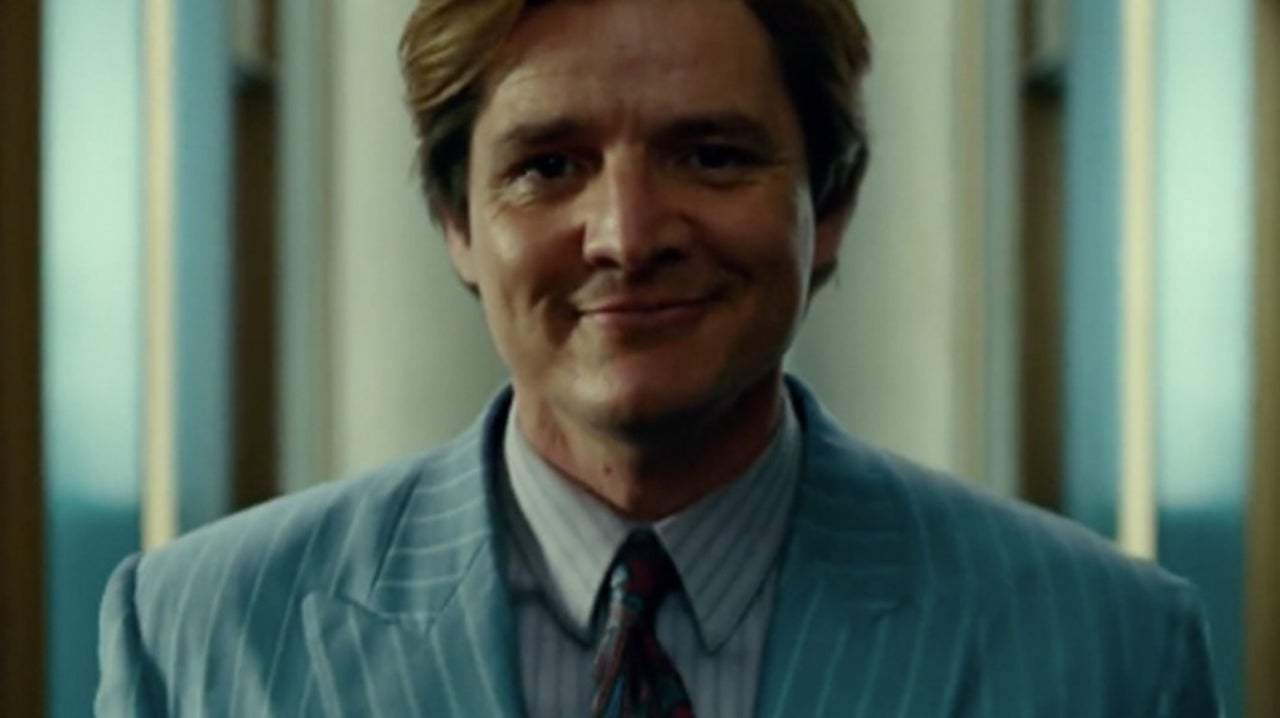 The way Patty Jenkins explains the character is that he is the king of infomercials, trying to sell everyone on their fantasies. According to the comics, his character is a metahuman with powerful mind control abilities. The trailer seems to focus on Maxwell offering people the chance to have "everything you always wanted."

Fun fact, Lord was responsible for funding Justice League. Taking an interest in their management, he secured United Nations sponsorship for the League and acted as their leader for several years.

The 1980s is thought to be the period of maximum capitalism and the DCEU version of Maxwell seems to supplement this idea.

"Think About Finally Having Everything You've Always Wanted" 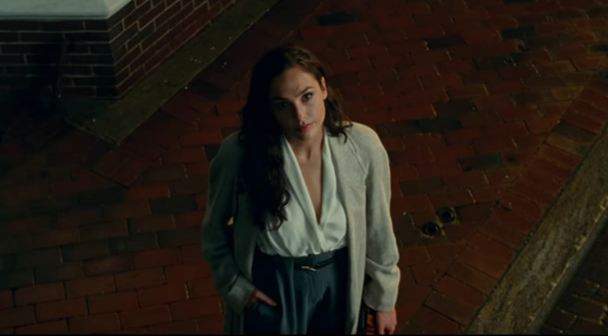 Maxwell Lord appears to be offering anybody who's hearing his broadcast the opportunity to receive their heart's desire. The voice-over is accompanied by shots of both Diana and Barbara Minerva. Diana is staring up at a plane as it flies overhead, no doubt remembering the pilot who is her long-lost love (could this be why Steve reappears?). The shot of Minerva is a lot less clear; she appears to be in a lab of some kind. This could be intended as the origin moment for Cheetah.

There have been rumours that the Wonder Woman 1984 would introduce Wonder Woman's invisible jet. The trailer confirmed the move as Diana and Trevor are seen flying in it through a firework display. The comic book version of the place was constructed on Themyscira and could fly at 40 miles per second.

The lost tribe of Amazons - Bana-Mighdall?

The trailer also offers multiple shots of Amazons in training. These could, in fact, be the lost tribe of Amazons called the Bana-Mighdall. The group separated from the Themyscirans and renounced the Gods of Olympus in order to seek revenge upon the men who had harmed their race. In the comics, since Barbara Minerva's full transformative powers are achieved after a deal with the witch goddess Circe, who also helped the Bana-Mighdall Amazons, this could indeed be the lost tribe that settled in Egypt. 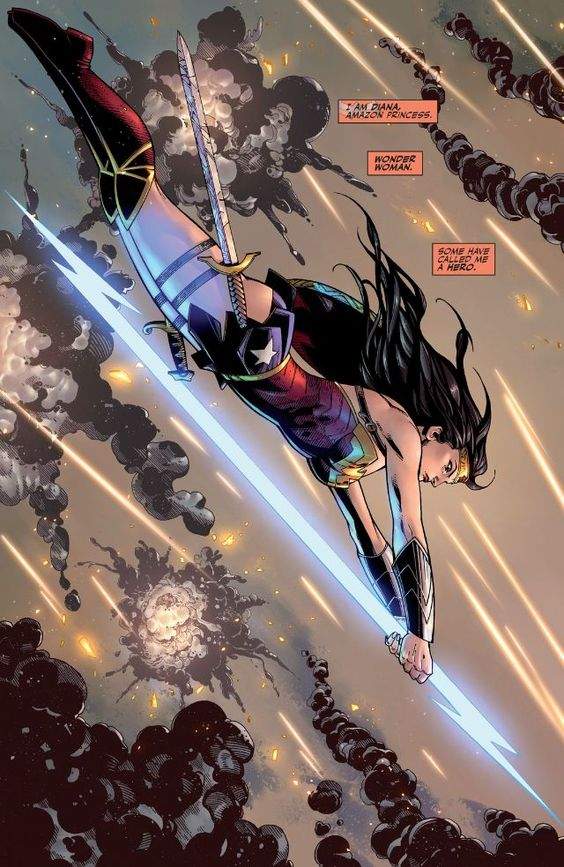 The Wonder Woman 1984 trailer sees Diana using her lasso of truth to catapult herself from one lightning bolt to another. Though this an ability that has never been shown in the comics, Diana has been seen riding lightning before in the comics (Justice League (2016-2018) #1). After all, she is the daughter of Zeus. 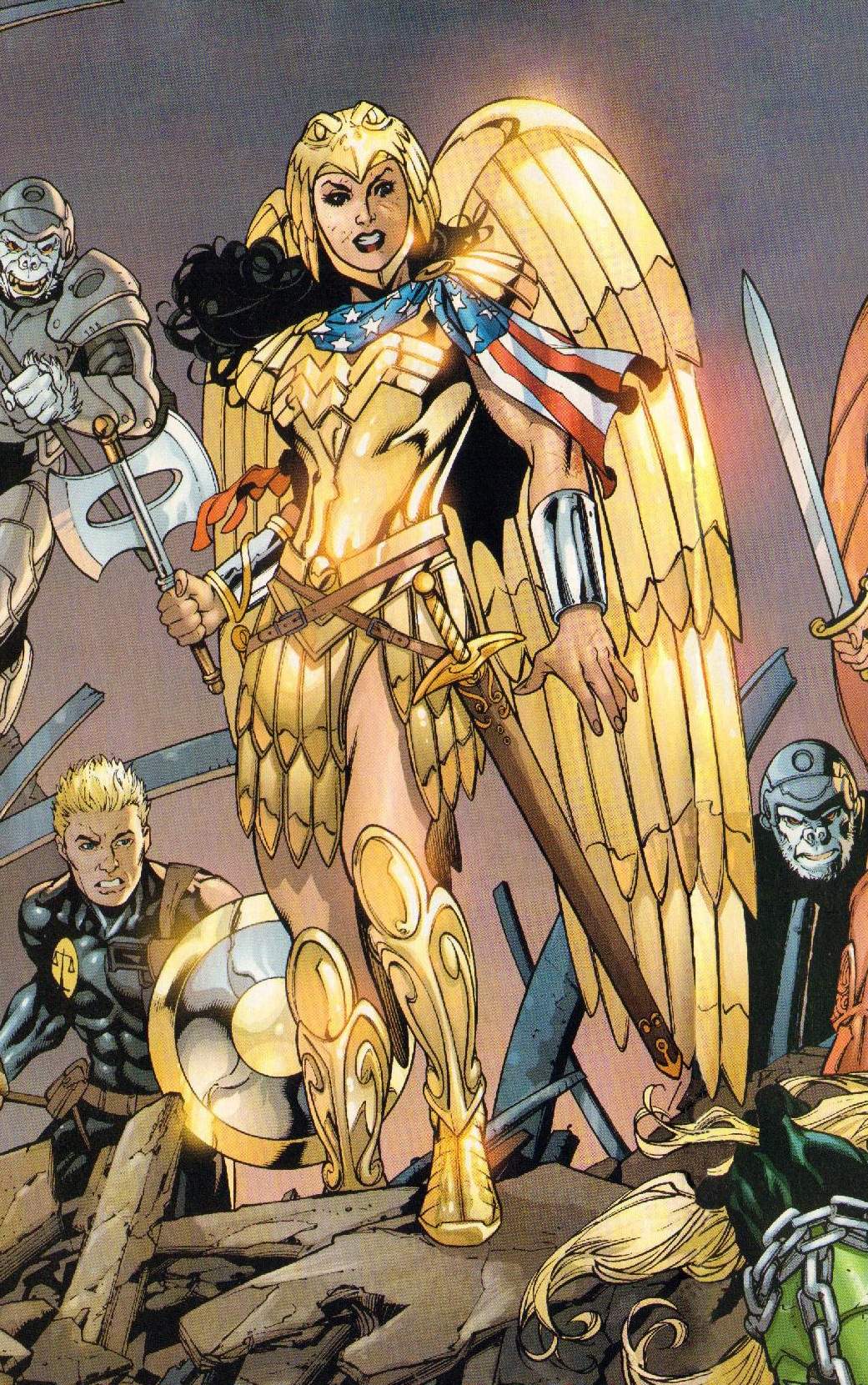 The trailer ends with a shot of Diana in her Golden Eagle suit of armour. The armour was first introduced into the comic canon in 1996 with the DC Elseworlds story Kingdom Come, written by Mark Waid. The Golden Eagle armour was forged by Diana's mother Hippolyta and is only worn during a fierce battle.