New poster of Shakeela immersed in a glass of alcohol released

At the beginning of the New Year, the makers of Shakeela, have released a fun, quirky poster with Richa Chadha as Shakeela immersed in a glass of alcohol with the line wishing everyone - “Iss Saal Ka Jaam, Shakeela ke Naam.” 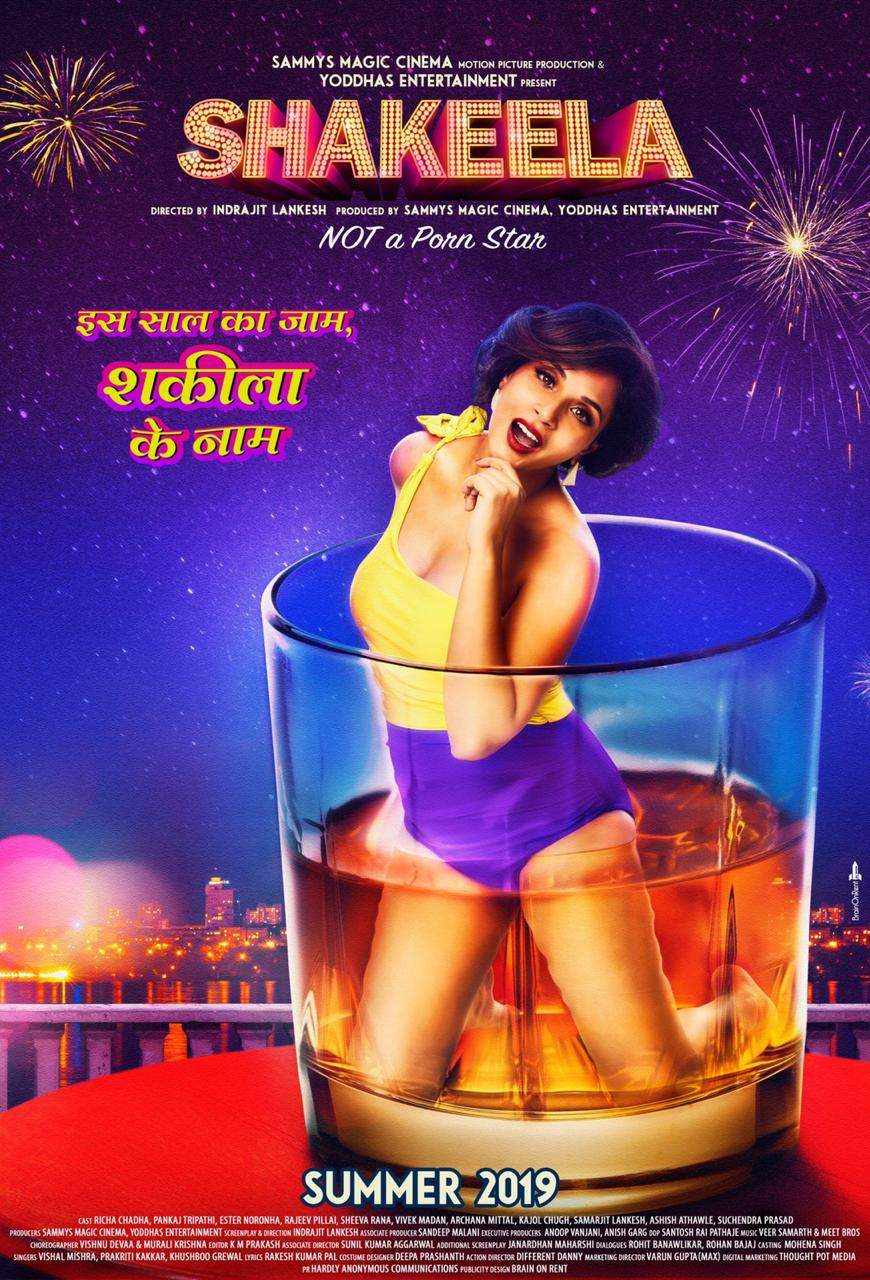 The poster is meant to be an ode to the late 90s when such quirky imagery was a regular part of film posters.

Based on the life of the south adult film actress, the film helmed by director Indrajit Lankesh is set to delve into the true life beyond the screen image of the actress who defied the norms in the late 90s in the south film industry.

The makers earlier released the first look poster of the film in November with the lead actress Richa Chadha embellished in an outfit made of only gold jewellery standing against hate messages inscribed on a wall showcasing the discrimination and hate Shakeela had to face for her choices during the course of her illustrious career.