As the world learned that Disney was making a live-action version of The Little Mermaid, fans of the original animated movie rejoiced. Well, that was until they learnt that Ariel would be played by an actress of colour. Twitter erupted into a debate when it was confirmed that Halle Bailey would play the Disney Princess.

Bailey called the casting a “dream come true” before social media tried to turn the announcement into a nightmare for her as the hashtag #NotMyAriel became a top trending topic on Thursday. The pushback on Twitter followed a random Chinese news outlet trying to reduce Bailey to “a coloured actress” in a tweet. 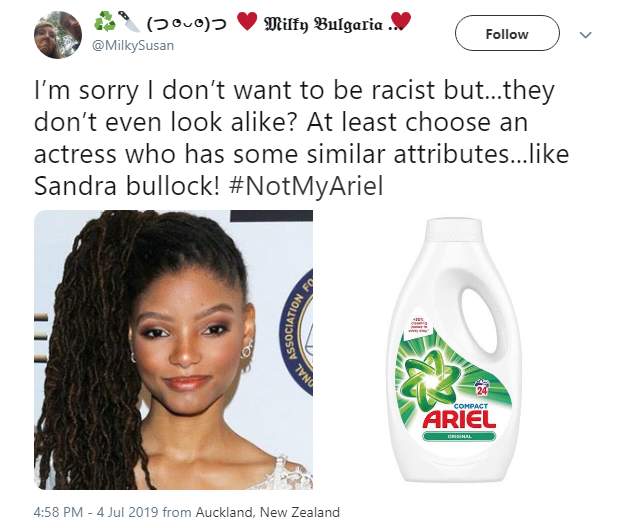 Reacting to the casting, Chennai-based model Sahitya Jagannathan says, “I read about the casting and it is just awesome! All this while Ariel was for a very select audience. It was never ‘our Ariel.’” Sharing her thoughts on the controversy, “The current thought climate in the world is very black or white. As soon as you are pro one, automatically you are thought of as anti the other. Just like skin colour is a spectrum, I think people's opinions also need to be a spectrum. That way, even if your opinion falls on one end of the spectrum, you can are reasonable and willing to have a conversation about the other person's perspective. I just wish people were a little more tolerant. If you don't like the casting, you have 16 version of The Little Mermaid to watch.”

Popular photographer Renuka Retnaswamy, who has “I feel times are changing. Most of the Disney Princesses, except for Mulan, Pocahontas and Jasmine, they have been white. But the world is not just filled with white people. It is filled with people of different colours. I think it is great that Disney is being inclusive. I love it! The thing is kids don't see colour. It is us adults who make this distinction. I watched a video recently of these two kids; one was a white kid and the other was an African-American kid. And one of the kids turns to his mother and says, ‘Mom, both of us have the same haircut now. Don't we look like twins?’Regardless of colour, I think kids are going to love it.”