The Hyderabad Bengali Film Festival (HBFF) is back this year with its sixth edition featuring a curated list of movies ranging across languages and genres. The three-day annual event offers a platform for multi-ethnic and cultural exchange between Telangana and West Bengal. While the festival had Marathi as a guest language last year, this time around, the five-member committee has added Kashmiri and Urdu to the list.

The festival also celebrates a century of Bengali cinema — Revisit 100: Silent, Golden, Contemporary era of Bengali Cinema. “The 6th edition is going to be quite exciting with the inclusion of new languages in our guest languages world premiers. We’re also screening Bengali films from across the century, so the audience will get to watch films from a different era including those of Satyajit Ray and Ritwik Ghatak,” shares Partha Pratim Mallik, the Director of HBFF and the General Secretary of the Bengali community in Hyderabad. Started in 2014, the founding committee includes Oindrila Mallik Basu, Mithun Ranjit Mousami Sharma and Avishek Das. 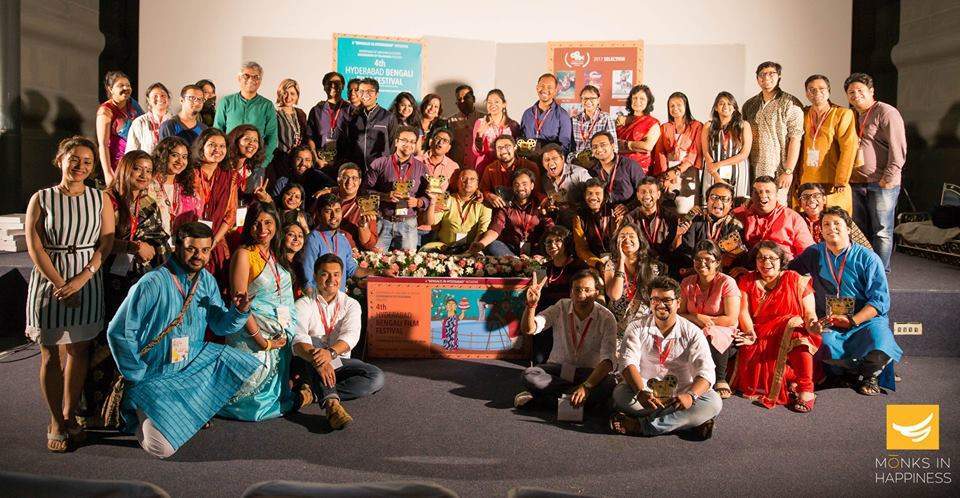 Films from the guest languages include  Half Widow (Urdu) and Yours Truly (Hindi), among others. The festival will also have world premiers like Manab Manabi — directed by Subrata Sen and Shironam — directed by Indranil Ghosh, besides a short film and documentary competition, which will have films from Iran, Greece, China and Bangladesh.

That apart, the festival is also hosting a lifestyle exhibition, Indus Tales. “This is the first time we’re also hosting an exhibition on a large scale with more than 50 stalls from across the country. There are handloom products from Rajasthan and the best of both Bengal and Telangana cuisines,” adds Partha.