India at Cannes: Chef Vikas Khanna on his debut film The Last Color and why Indian food will become the comfort food of the West

The 72nd edition of the Cannes Film Festival has been a quiet one for India with none of the mainstream Indian films or filmmakers making their presence felt. However, there was an exception — The Last Color. The debut film by Michelin star chef-turnedfilmmaker Vikas Khanna, starring Neena Gupta in the lead role, was a part of the Marche Du Film Section and screened at the film jamboree
on May 16.

“I feel humbled to see the love and appreciation that the film has been receiving on international platforms,” said Vikas in a statement. He added, “Cannes Film Festival holds a special place as the journey of The Last Color began in Cannes with its first look being launched last season, and here I am back for the special screening of the movie.” Vikas also joined a masterclass on the second day of the festival, titled ‘Life through a Different Lens’, with Academy Award-winning actress Julianne Moore. The class was followed by a screening of The Last Color. The film, which revolves around a 70-year-old widow, Noor, and her friend a nine-year-old, flower seller and tightrope walker, Chhoti, is a tale of hope, love, friendship, commitment and victory of the human spirit.

It manifests Vikas’ commitment towards women empowerment, a philosophy that also reflects in the chef ’s latest brand film for Quaker Oats, Fuel for the Real Fit in which the chef applauds the varied roles and commitments that women fulfil in their lives. In an exclusive conversation with Indulge, Vikas shared a lot more about The Last Color, the evolving paradigms of Indian cuisine on the world stage, and his projects ahead.

How did you chance upon the idea of The Last Color?
I wrote The Last Color as a short story first in 2011 for The New York Times opinion section, and I also submitted it to The New Yorker magazine. It was about being a chef, and everything was about colour and how the women (widows in Vrindavan) were living a colourless life. I had just witnessed the festival of colours, Holi, in Vrindavan, and seeing those women impacted me emotionally. I was quite hurt looking at their life. However, my story was rejected by many people. Suddenly in 2013, these women celebrated Holi for the first time. It was a heartbreaking moment for me when I saw the images, because I saw the power of colour. I understood how it could be used to bring about change, diversity and rebirth. Most importantly, the colour that day became the symbol of freedom. So, I wrote the novel, and it got picked up by Bloomsbury. 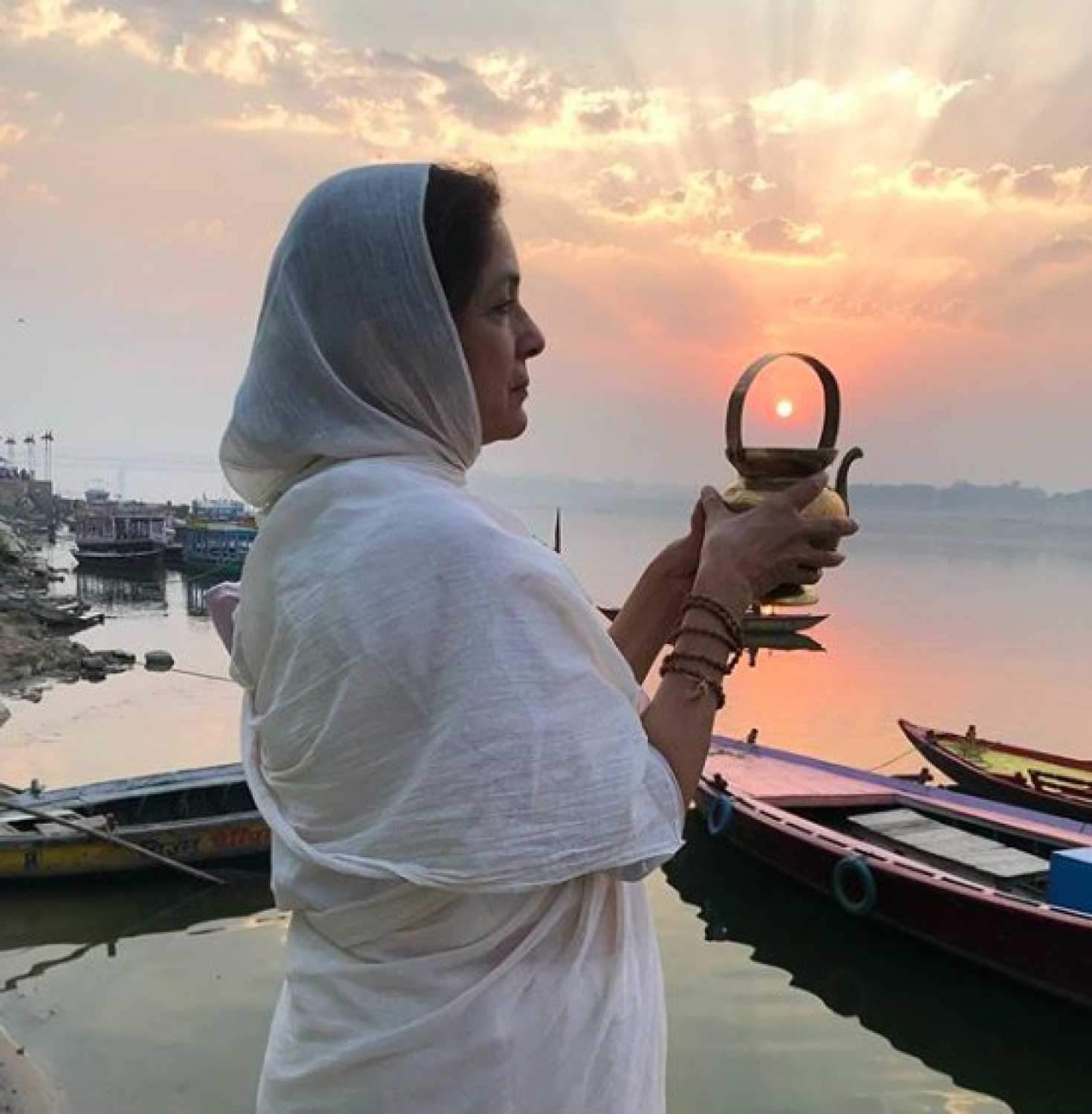 What made you adapt your book for the big screen?
Most of my editors who are based out of Russia and America said it’s a great story, and that it must be made into a film. I said, “I don’t know how to make a movie, I just know how to make documentaries.”
So, I came to Mumbai and met people from the industry, but there wasn’t any interest in my story. One of my editors, Paul, said why don’t you make it yourself ? Then we started Googling the subject, ‘How to make a movie?’ and we finally made it.

How was it to work with Neena Gupta, and shoot in the city of Benaras?
Main kismat ka dhani hoon (I am very fortunate) that Neena Gupta agreed to do this film. I still remember the day I was outside her house in Delhi. I was petrified. She had asked me to come at 10 o’clock in the morning. She didn’t realise I was not in India, so I had flown in late in the night from the US, and went to meet her in the morning. She was shooting Badhaai Ho at that time. When I tried to explain the end of the movie, she just said, “I am doing this movie, and I will find ways to fit this in my current schedule.” I remember, she flew into Varanasi with me the first day for a three-second sequence. We extended that sequence to almost 25 seconds in the movie. She shot this and went back to continue shooting for Badhaai Ho. Later, we shot the whole sequence with her in Varanasi, and it was the most eternal experience I have had. She keeps saying to me, “This movie changed my life,” and I, in turn, keep saying this movie changed my life. 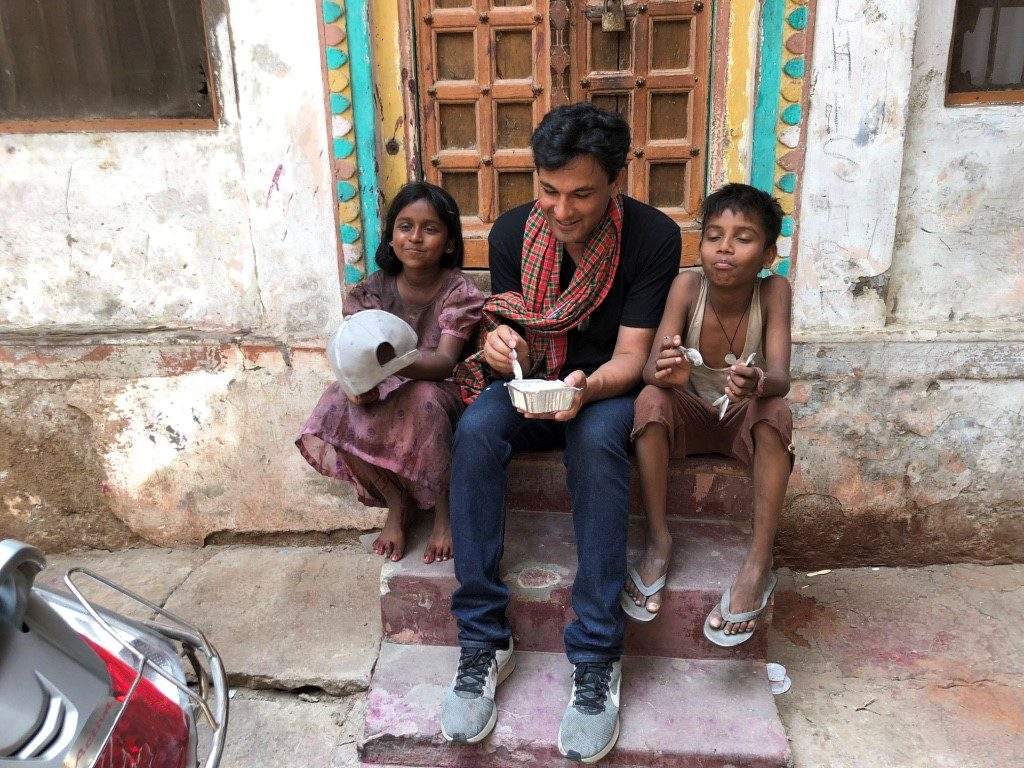 What was it like, to be a co-participant in a masterclass with Academy Awardwinning actress Julianne Moore?
Julianne is truly a global icon. She is someone who represents the true form of art, and the most important question someone asked her was, “How do you separate yourself from the character after packup?” She replied that it is all about the method in this craft. I remember that Neena (Gupta) ji doing the same. The moment she wore the white sari and was on set, she was a different person, she was Noor. Later, she became just herself, lively and jovial after the shot was done.

Also your brand film with Quaker Oats, Fuel for the Real Fit, has been one of the most talked about films in recent times. Tell us about your association with Quaker Oats.
I have been with Quaker Oats for many years now and very proud of it. We don't just talk about oats, we also take up a lot of initiatives together. Quaker has been my right hand arm in many projects which I am doing in India, especially related to nutrition for girls and women. How is your book, Poeatry: Poems from the Heart of Farms and a Kitchen coming along?
Well… We published it last year, but because of my tight schedule and because I have another major book, Sacred Foods of India coming out on Diwali, Poeatery hasn’t got a slot to be launched and promoted in India and internationally. But we will launch it next year. This year is packed with some children’s books, and the book on sacred food.

It’s interesting how you are promoting Indian cuisine. However, it’s a different scene at Indian restaurants where we are always seeking experimental foods and fusion cuisines, while the West is looking at traditional Indian food. What are your thoughts on this paradox?
I was speaking to Anthony Bourdain before his death. I was supposed to travel with him for his Punjab Tour for CNN’s No Reservations. It couldn’t work out, but what happened after his tour is something phenomenal. After he visited India and went crazy with the vegetarian concept, he told mainstream media that there isn’t even one good Indian restaurant in the Western world. He also said that if you need to try Indian food, you need to go to India to see how they use the ingredients, and how they take pride in their food. With this in mind, I just feel that Indian food will become comfort food of the world. In India, we get this comfort food at home, so when we go to a restaurant we need a new experience. While in the West they have no access to Indian home food and that’s why they are gravitating towards it. 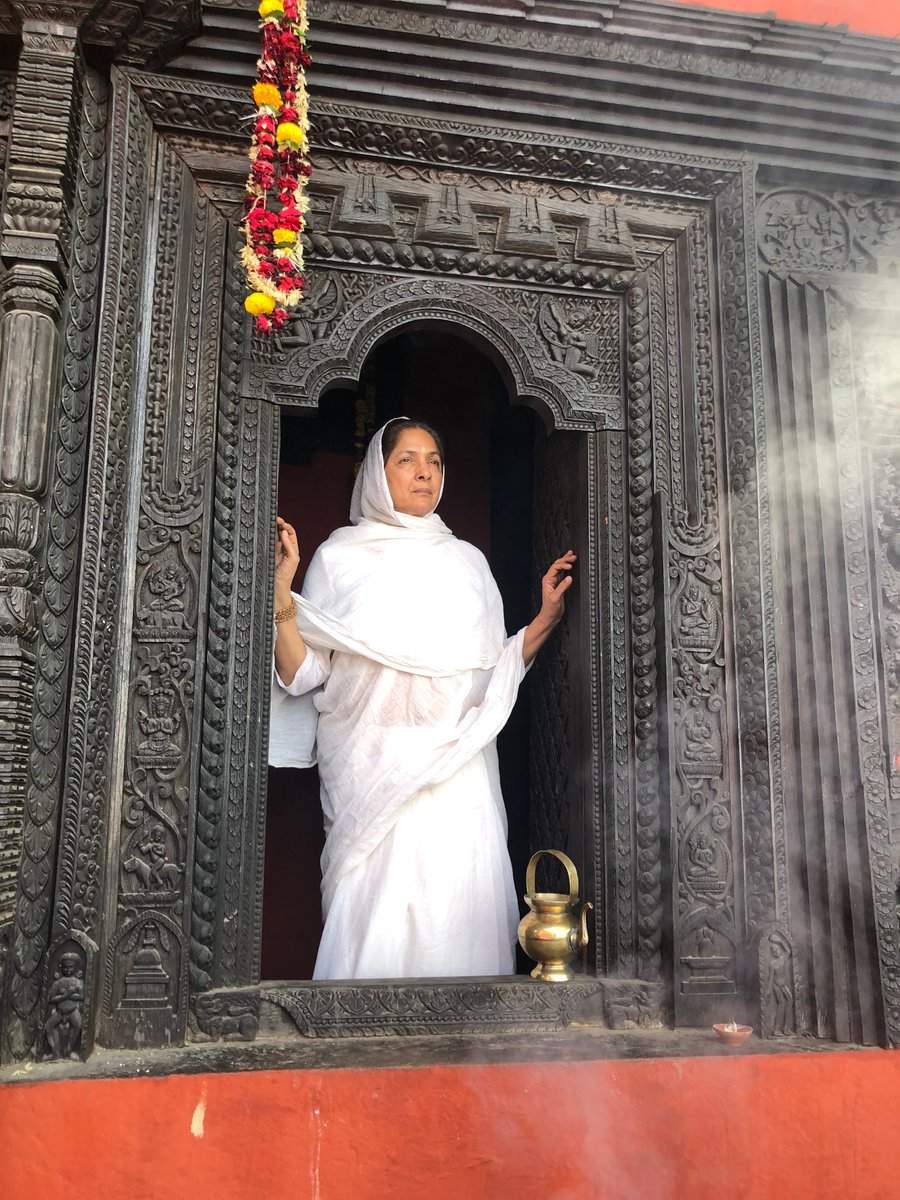 What else is keeping you busy these days?
My newest obsession is to travel across the North East of India. My travels to Nagaland, Arunachal Pradesh, Mizoram and all the untouched places are for my projects in 2022 and 2024. People will be surprised by the research we have done to reach some of the most remote valleys to bring their food and culture forward. It is something I really enjoy doing.

And, what’s next on the work front?
I usually work for three years in advance. Last year, I focused on the Andamans and Nicobar islands, and you will soon see my work in books and on TV about these islands. Also, I am looking forward to the screening of The Last Color with Julianne Moore later in July.