Thomas Alva Edison is not villain, but fallen hero of The Current War, says Benedict Cumberbatch

In the winter of 1880, an inventor and an industrialist are on the brink of success. But their story is not one of mutual admiration, but one of the biggest rivalries of the Industrial Age — between Thomas Alva Edison and George Westinghouse. Backed by JP Morgan, Edison dazzles the world by lighting Manhattan. But Westinghouse, aided by Nikola Tesla, has seen fatal flaws in Edison’s direct current design. Igniting a war of currents, Westinghouse and Tesla bet everything on risky and dangerous alternating current.

Immortalising this intense rivalry on-screen is the Alfonso Gomez Rejon directorial The Current War, starring Benedict Cumberbatch and Micheal Shannon in lead roles. Here’s a look at how the screenplay of the film came to being, followed by a quick chat with the actor.

Musical to film
Not many screenplays have had their genesis in the rush of a college orientation week. But that’s exactly where The Current War began. On screenwriter Michael Mitnick’s first day at Yale University’s School of Drama, he was given a simple assignment — to bring an idea from history to class. “My mind flashed back to an Apple computers poster of Thomas Edison I’d had on my childhood bedroom wall,” he remembers, adding with a laugh,  “I’d picked (that poster) mainly because I thought Edison looked like a mad scientist.” That first night in New Haven, he set to work researching the famous inventor. He quickly discovered there was much more to his story than the invention of the lightbulb and a shock of mad scientist hair. “I stumbled upon The War of the Currents — an epic battle between Edison and (industrialist) George Westing-house to determine the world’s standard of electricity,” Mitnick says.
The story took all sorts of unexpected, tragic and thrilling turns. There was a derogatory smear campaign, the secret invention of the electric chair, the violent death of a man, and the advent of a unique scientific talent in Serbian immigrant Nikola Tesla. It was a eureka moment.“I remember thinking, ‘How did I not know this?’” he marvels. “Then it became a ten-year process of writing it, first as a musical and finally as a film.” 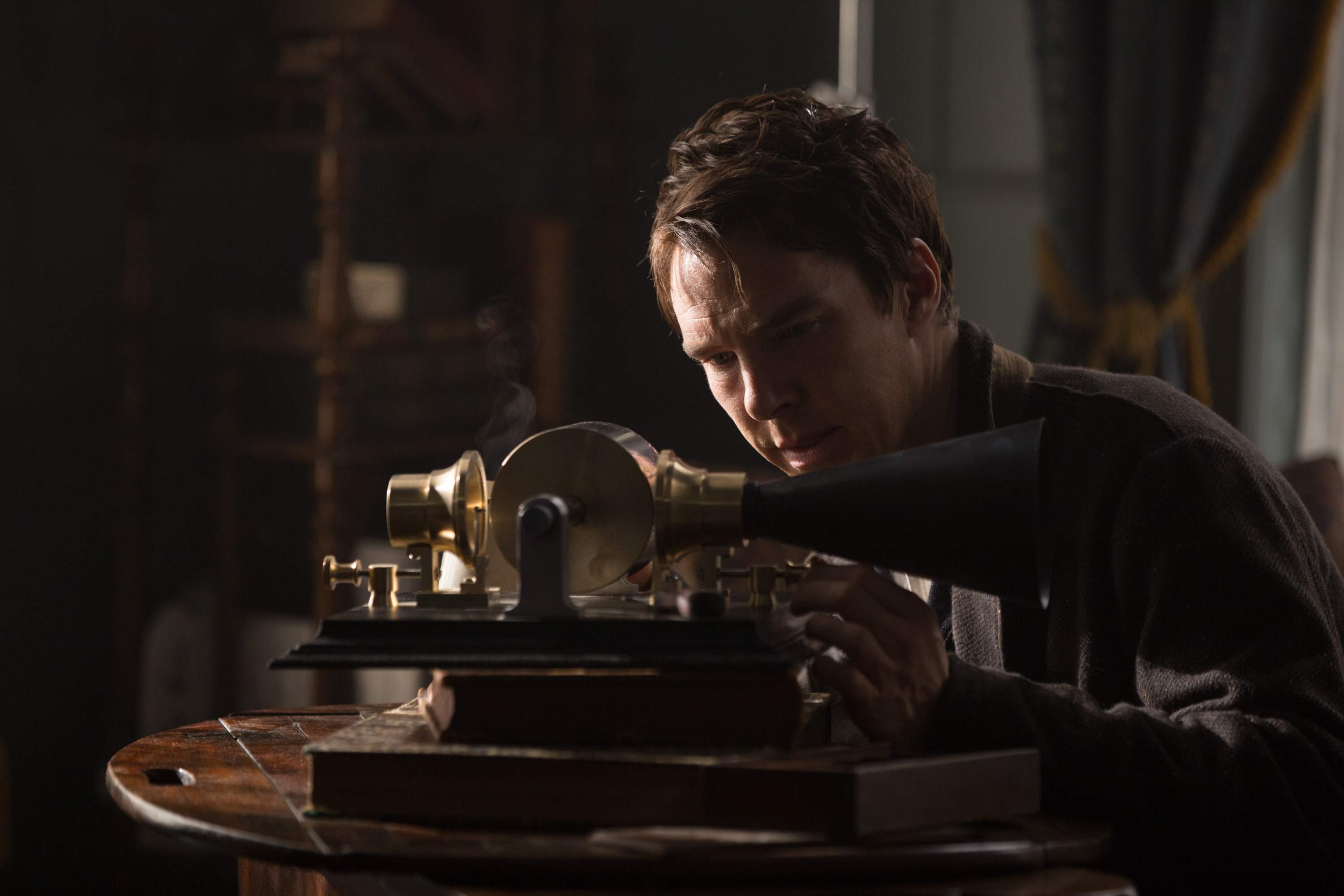 Completing the circuit
Fined-tuned and pared down (there were more than 60 drafts in total), the screenplay for The Current War made its way onto the prestigious ‘Black List’, Hollywood’s repository of highly-rated, unmade scripts. It was quickly picked up, initially by Russian filmmaker Timur Bekmambetov, before finding its way into the hands of American director Alfonso Gomez-Rejon. Fresh from directing the much-loved Me And Earl And The Dying Girl, the American director was at a crossroads at the time. “I had choices and that can be very confusing and distracting,” he says.

“I didn’t want to get lost.” Gomez-Rejon didn’t immediately connect with the script until his agent suggested he take another read. “There was more to it than I’d seen,” the director recalls. “This idea of the nature of success and how far a man would go to win, and how far will you go to be remembered.”

Excerpts from a chat with Benedict Cumberbatch:

What made you choose the role of Thomas Edison?
Knowing only Edison’s broader brushstrokes before taking the role,
I quickly discovered a life overflowing with nuance and complexity. I think I’d been sold the idea of him as the inventor of the modern age in America, rather than the complexities of what that involved,” he says. “He was actually in a way less than that, but also more than that.

How would you describe the personality of Thomas Edison?
Edison is not the villain but is the fallen hero of the story. It’s about stripping the man from his image of himself as a god of the industry — a Steve Jobs or Bill Gates or Mark Zuckerberg — into being an embittered loser. But then he dusts himself off and he’s off again in search of a new prize. The wheels don’t stop turning in his head just because he’s fixated with one battle and fighting court cases over patents, he’s still doing the good stuff in tandem. He’s a remarkable man with many, many
human flaws.”

It must not be easy portraying the role of cigar-puffing Edison. How was your experience?
The cigars can definitely take an early retirement. They weren’t proper cigars, they were nicotine-free, but we’d often put a bit of normal cigar smoke in there. Your mouth feels rotten by the end of the day, which is an unhealthy reminder that the guy probably had halitosis.

What is your take on the relationship between Edison and Samuel Insull?
Staunchly loyal to Edison but prepared to stand up to him, Insull (Edison’s personal assistant) adds an intriguing dimension to the film. There is a bit of steamrolling at the beginning of their relationship, but Samuel is a formidable guy and he gives as good as he gets in a couple of scenes.