Director Mike Flanagan was in the fifth grade when he first read a Stephen King novel. “Those books frightened me like I’ve never been scared before and completely changed the way that I look at the world. That started this experience that I’ve had with so much of King’s writing — as a very scared kid, reading his work taught me how to be brave in short bursts. It became an exercise in character,” recalls the 41-year-old Flanagan who has not only helmed hits like The Haunting of Hill House, Occulus and Ouija: Origin of Evil, but also adapted King’s novel Gerald’s Game into a film in 2017. Now, the ace director is back with his second adaptation of a Stephen King novel — Doctor Sleep — a sequel to the hit Stanley Kubrick film, The Shining. Doctor Sleep, starring Ewan McGregor (Star Wars: Episodes I, II & III, T2 Trainspotting) as Dan Torrance, the film continues the story of Danny Torrance, 40 years after his terrifying stay at the Overlook Hotel in The Shining.

Rarely has a tale of family dysfunction entered the modern consciousness as shockingly or as completely as that of the Torrances, the father, mother and son at the center of Stephen King’s third novel, The Shining. Originally published in 1977, the book went on to sell more than a million copies. Inspired by the author’s personal struggles, along with a fateful night King spent in room 217 of the Stanley Hotel in Colorado, the story of Jack, Wendy and Danny Torrance is one of King’s most personal works — terrifying not because of the monsters that live alongside us, but for the real-life demons that dwell within all of us. 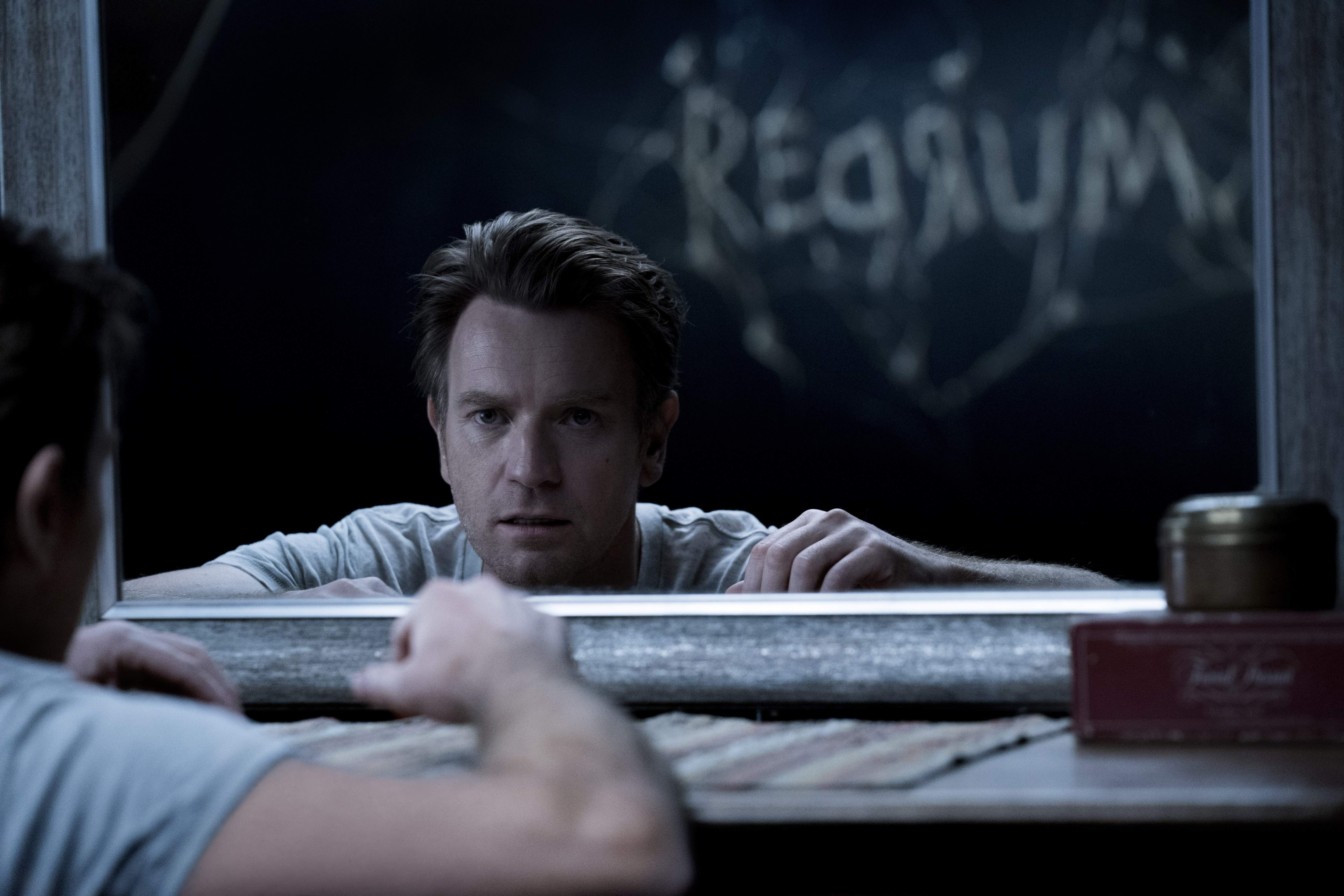 Thirty-six years later, King published his follow-up novel, Doctor Sleep, the continuation of the story of Dan Torrance. Although both are studies in horror and suspense, The Shining takes readers on a journey through the darkness of addiction, while Doctor Sleep brings them back to the light through recovery, self-sacrifice and redemption.We speak to the director Mike Flanagan and protagonist Ewan McGregor to find out what it was like to remake a novel, working with each other, and more. Excerpts:

How was the experience of working on a film based on Stephen King’s novel?
Ewan McGregor: I think even more than the source material — King’s novel and Kubrick’s movie — for me, it was Danny’s story and the idea that he’s hit rock bottom. It was an opportunity to explore someone who is an alcoholic in recovery, and I hadn’t done that before. It really interested me.
Mike Flanagan: This movie, more than any, has been the most surreal experience. It’s much bigger than any film I’ve ever made, plus it’s stepping in the shadow of an iconic, genre-defining film by a bonafide cinematic genius. It’s intimidating in a way that is ridiculous. It hasn’t felt real or non-challenging from the jump.

Ewan, what happens to Danny between surviving the Overlook Hotel and becoming the damaged adult we meet in Doctor Sleep?
We get to see Danny as a troubled child, being haunted by the characters from the Overlook. Then, he learns how to trap them, to lock them away inside. It’s similar to his alcoholism, in that he’s locking everything away inside without actually dealing with it. But it comes back to bite him in the end. In the novel, he talks about his mum’s passing in terms of where he’s been in-between then and now. Witnessing her death probably tipped him over the edge. He doesn’t have a dad. He’s an orphan, on his own. That’s when he starts slipping, sliding. He becomes a drifter from town to town. He takes jobs as orderlies in hospitals. He does whatever he can to be able to just drink his feelings away. In high school, when I read The Shining, it was very interesting, because the book and the film were so different. I was amazed at how the same characters and the same setting could create two very different experiences.

Mike, what drew you to Doctor Sleep as a project in particular? King has written a lot of books—you could take your pick.
I saw The Shining when I was too young to see it, I was about 10, and it changed me. I saw it at a friend’s house, against the wishes of my parents, which made it even scarier and fun. I loved the story of Dan Torrance. I loved that The Shining, in my eyes, was a story of addiction and what it can do to a family. But Doctor Sleep was the story of recovery, reflection and time, looking back at the damage and trauma of addiction decades later, especially through the lens of a child of an addict.
Dan has to deal with the same demons that his father did, but he’s dealing with them completely differently. Plus, you’re looking at it through the eyes of a writer who has also evolved so much through sobriety…I was fascinated by that, primarily. 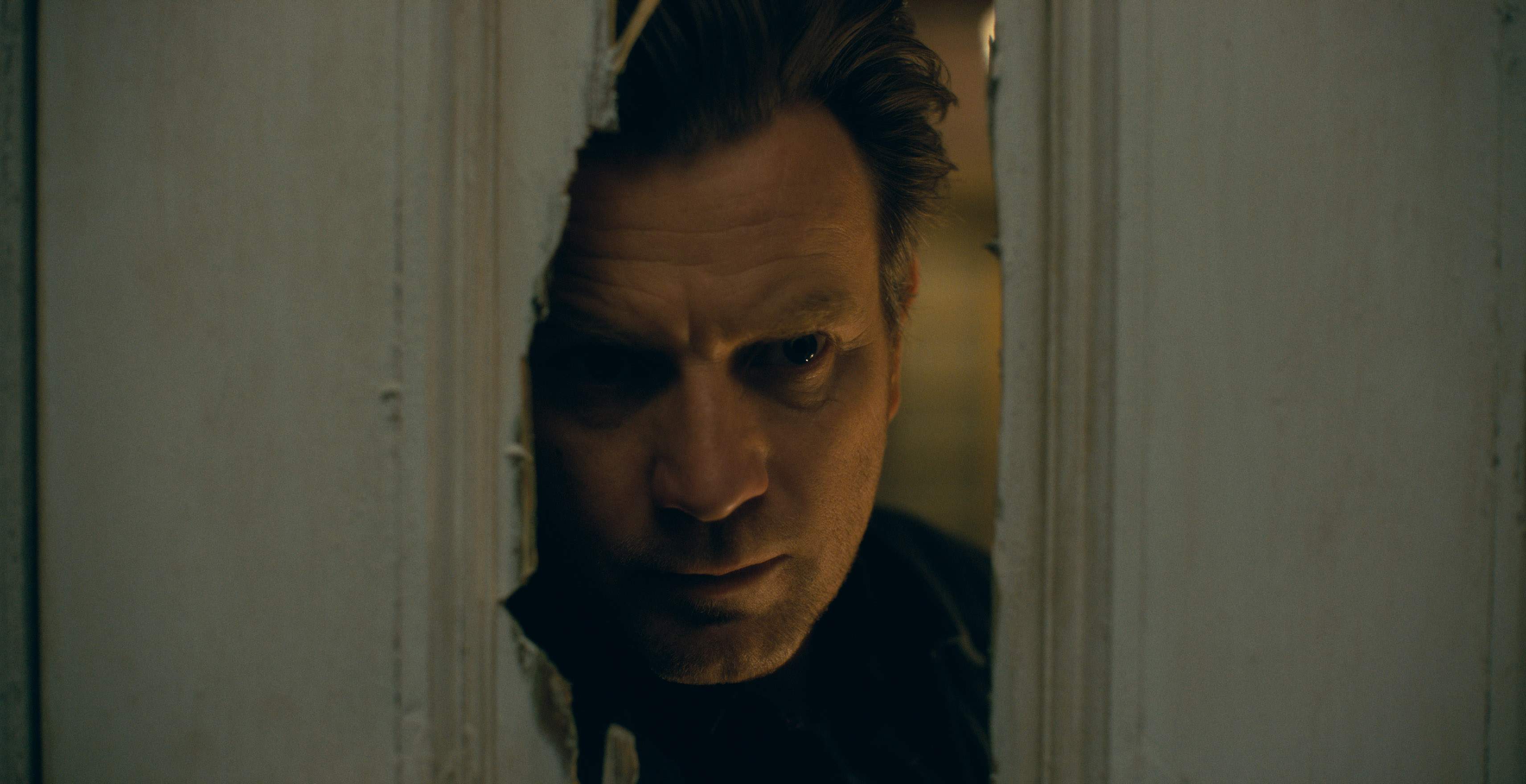 What was it like working with each other?
MF: Ewan, from our very first general meeting, was connected to the character on a personal level in a way that I couldn’t deny. It was really striking in the room. What connected him to Dan — putting aside everything about The Shining and the Overlook Hotel — he had zeroed in on where Dan is when the novel picks up. The character and Ewan, they’re roughly the same age. He told us what about Dan Torrance spoke to him, and it was incredibly authentic. I couldn’t imagine anyone else playing the part after he left the room. Ewan is also a student of cinema, and his love for The Shining and Kubrick are all there, but it was second to his connection to Dan Torrance.
EM: I liked working with Mike a lot. When I first met him, he was editing his series, The Haunting of Hill House. I think he wrote Doctor Sleep while shooting the series. He just doesn’t stop…or sleep much, obviously. (laughs) He’s an editor first, so he thinks in shots. He’s a good storyteller, knows exactly what shots he needs. It was exciting watching him and his DP (Michael Fimognari)
drawing from the cinematic language that Kubrick used. It was not only how they used the camera, but that they rebuilt the Overlook Hotel. We got to work on those amazing sets. It was really cool.